Thomas Tyrwhitt Balcombe was born at St Helena, 1810, where the Balcombe family lived and befriended the island’s most famous resident Napoleon Bonaparte. He was the second son of William Balcombe and Jane Balcombe (née Cranston), and a brother of Alexander Balcombe who settled in Port Phillip  at The Briars in 1846. He and his family arrived in Sydney in 1824.

In 1830 he was appointed a draftsman in the Surveyor-General’s Department under, and found himself out in the field, allowing him to travel the country. By 1837 he had won repute as a spirited painter of animals; some of his work is at the Mitchell Library. He was praised for his pictures in the Aboriginal Exhibition in 1848.

His work concentrated on Australian themes and depictions of indigenous peoples, usually hunting game, as well as horses, and portraits. His last known works date from 1857. 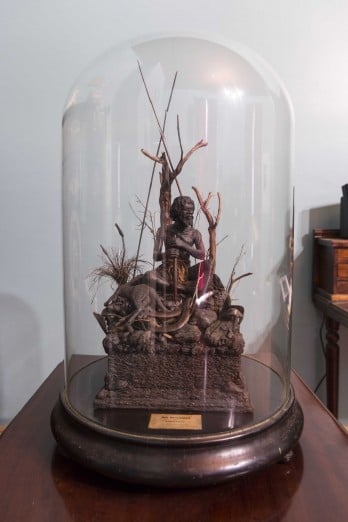 Situated at Mount Martha on the Mornington Peninsula, The Briars is a beautiful, rural property.
END_OF_DOCUMENT_TOKEN_TO_BE_REPLACED
Menu