In the early decades of the 20th century, W.J.Edwards was listed as an undertaker, coach-builder and owner of livery stables on Ford Street in Beechworth.  Edwards provided the coffins and the hearse to his clients and was well known and respected in his community. Information found inside the hearse indicates that his workshop also made this hearse. The sombre black hearse is decorated with feather cockade and funerary urn finials atop a carriage of glass windows that would allow a view of the casket as it was driven to the cemetery in procession.

In 1916, Edwards relinquished his coach-building business and made a formal announcement that he would continue only as undertaker. Perhaps the motorcar had impacted on the viability of his coach-building enterprise? Edwards was an early motoring enthusiast, a newspaper report from 1914 claims that he performed daredevil feats in a motorcar ‘running on two barrels representing a motor ‘hog.”*  He used a smouldering tin filled with gunpowder.  The display ‘backfired’ causing an explosion that seriously injured Edward’s hand. 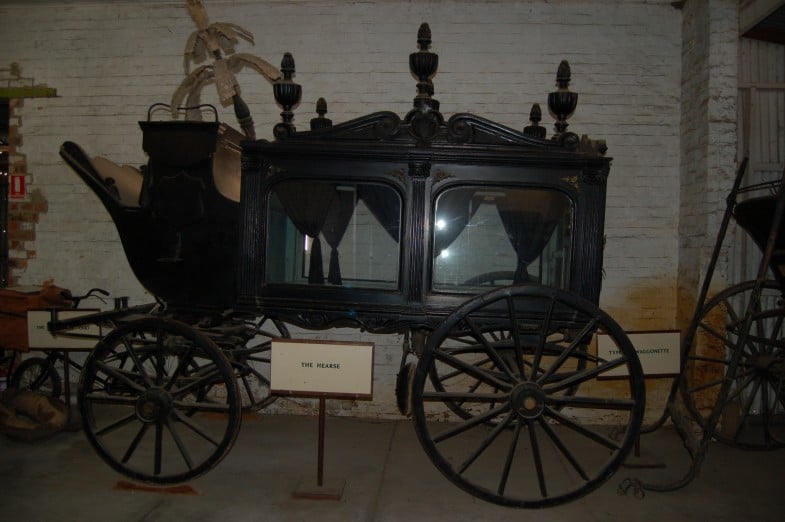 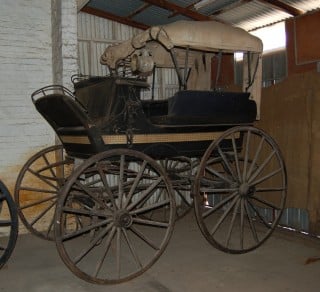 This waggonette was drawn by two horses to carry a heavy load.  The wagon bears the maker’s plate of Melbourne
END_OF_DOCUMENT_TOKEN_TO_BE_REPLACED
Menu