Since planning for the Melbourne Metro Rail Project began in 2014, the National Trust of Australia (Victoria) has been advocating for cultural and environmental heritage to be a key consideration in planning for the project. The following detailed position statement regarding the Domain Station/St Kilda Road precinct has been approved by the Board of the National Trust of Australia (Victoria).

The National Trust accepts the strategic justification for the Melbourne Metro Tunnel project, including the transport objectives to increase capacity across the metropolitan rail network. We believe that the Environmental Effects Statement and subsequent Inquiry by an independent Inquiry and Advisory Committee has provided an appropriate process to consider the impacts of the project, of which heritage is just one, as well as providing an opportunity for community consultation to occur and for community concerns to be considered.

It is our view that St Kilda Road and environs is a place of outstanding value to the nation, as well as having a high level of significance to the local community and the state of Victoria, and that all care must be taken to avoid or minimise negative heritage impacts associated with the Melbourne Metro project. We believe that it is essential for heritage impacts to be minimised and managed appropriately, in the context of St Kilda Road’s environmental and cultural values as an urban landscape which has evolved over many years.

On balance, the National Trust supports the MMRA’s preferred location for Domain Station. We understand that the Melbourne Metro Tunnel contractor will be required to meet a number of performance requirements relating to heritage management and environmental outcomes. It is the National Trust’s expectation that the St Kilda Road boulevard will be reinstated, as close as practicable, to its current configuration following the completion of the project, including the planting of super-advanced tree specimens. We also expect that environmental conditions, including soil volume and irrigation, will be improved following the completion of the project. The National Trust does not support the relocation of the Domain Station to the Shrine of Remembrance reserve, as it is our strong view that this would result in unacceptable impacts on memorial plantings and the setting of the Shrine.

The Melbourne Metro Tunnel comprises twin 9km rail tunnels from Kensington to South Yarra As part of the project, an underground railway station and train/tram interchange (Domain Station) is proposed at the intersection of St Kilda, Domain and Albert Roads.

As part of the planning process, an Environmental Effects Statement was prepared, which was publicly exhibited from 25 May to 6 July 2016 and reviewed by a specially appointed Inquiry and Advisory Committee, which held a public hearing from 22 August to 7 October 2016. Following the inquiry, a report was prepared for the Minister for Planning, In December 2016, the Minister for Planning released his Assessment under the Environment Effects Act 1978, which concluded the Environment Effects Statement (EES) process for this project.

During the Inquiry hearing, the MMRA confirmed that the tunnel alignment would be below CityLink, negating the National Trust’s key concerns about impacts on Tom’s Block. A number of the National Trust’s other concerns were addressed through amendments to Environmental Performance Requirements, including maximum tree retention (EPR No. AR1). The Minister for Planning further added a requirement that no trees should be removed through early works that are not associated with early works (EPR No. AR1). Heritage was also explicitly included as a consideration for requirements relating to Landscape and Visual Performance Requirements (EPR No. LV1)

In December 2016, the Melbourne Metro Rail Authority submitted a Permit Application to Heritage Victoria for a permit for Early Works on St Kilda Road, including the removal of 103 trees, and the removal of bluestone and concrete street elements.

The National Trust made a submission in consultation with the Significant Tree Expert Committee, and submitted that the scale of proposed tree removals on St Kilda Road would have an adverse impact on the recognised significance of the place. We submitted that all care must be taken to ensure that impacts are minimised and mitigated through sensitive detailed design and construction methodology. We submitted that the application contained insufficient justification for proposed tree removals, or details regarding the reinstatement of the trees and remediation of the St Kilda Road corridor. We further submitted that the application was based on a worst case scenario, and as such, had the potential to see unnecessary tree removal. The National Trust’s submission sought permit conditions requiring landscape reinstatement, including tree replacement, and the storage and re-use of bluestone removed during the works.

On 27 April 2017, the Executive Director of Heritage Victoria issued a permit for Early Works, permitting the removal of 18 trees, temporary bluestone kerb and guttering removal and replacement, tram realignment and installation of associated infrastructure. It is the National Trust’s understanding that the permit allows the removal of the minimum number of trees required by the works, and that further tree removal may be sought for future stages of the project. Conditions of the permit require the preparation and approval of a Tree Management and Protection Plan, the replacement of all trees prior to the completion of the Metro Tunnel Project, the preparation of a detailed tree planting methodology and maintenance schedule, the reinstatement of bluestone kerbing and guttering, and financial security in the form of an unconditional Bank Guarantee.

Following participation in consultation regarding the Boer War Memorial and the review of documentation accompanying the MMRA’s permit application to Heritage Victoria, the National Trust supports the removal, storage, conservation, and reinstatement of the Boer War Memorial under the supervision of qualified professionals, and in consultation with relevant stakeholders. The National Trust does not support the relocation of the memorial to the Shrine reserve, and would expect that the memorial is reinstated to as close as possible to its current location, and that the station design is sensitive to the heritage values of the memorial.

The National Trust understands that during the EES Inquiry process, an alternative design for Domain Station was submitted for consideration, proposing the relocation of Domain Station beneath the Shrine Reserve. The Minister’s Assessment included the following statement (p18)

In this Assessment, I have concluded that the environmental effects of the Project as proposed for the Domain can be adequately mitigated and managed, however I have also said that the opportunity for refinement of the Project to achieve an even better environmental outcome should be facilitated.  Moving the proposed Domain Station in the way considered by the IAC may result in potential traffic management, amenity, heritage benefits (particularly in relation to tree 19 retention), and urban design and landscape opportunities during and after the construction phase, and is something I think should be further investigated.

We understand that as a result of this Ministerial direction, the MMRA undertook investigations into the feasibility of relocating the station underneath the Shrine reserve.

It is the National Trust’s strong view that this alternative proposal would result in significantly more adverse heritage impacts than the MMRA’s preferred alignment, given the national significance of the Shrine reserve. The proposal would also require the removal of a large number of memorial plantings dedicated to various individuals and groups, which we believe would be an unacceptable outcome. The National Trust does not support this alternative alignment.

In May 2017, the National Trust received information regarding an alternative proposal to relocate the station to Fawkner Park. Following a review of this proposal, and discussions with MMRA, we understand that this option is not feasible, as it would not meet the transport objectives of the project. For this reason, the National Trust does not support this alternative alignment.

On 12 May 2017, the National Trust was provided with a copy of a letter submitted to the Hon Josh Frydenberg MP, Minister for the Environment and Energy, requesting an emergency nomination of St Kilda Road and Environs to the World Heritage List. The National Trust supports further research to determine the viability of a World Heritage nomination. 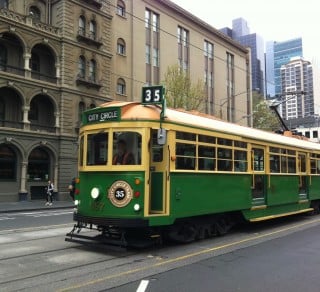 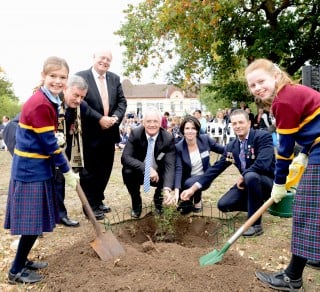 Just like other war memorials that are present across the Australian landscape, Avenues of Honour were first planted to
END_OF_DOCUMENT_TOKEN_TO_BE_REPLACED 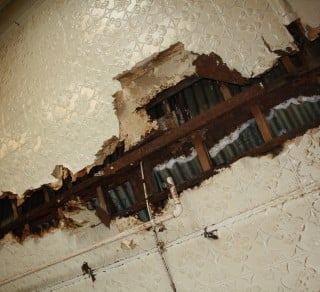 In 2013 we commissioned a report on the issue of demolition by neglect in Victoria.
END_OF_DOCUMENT_TOKEN_TO_BE_REPLACED
Menu