The Hepburn family graves are a private family cemetery, that were once part of a historical pastoral holding called Smeaton Hill Run.  The graves are situated close to the original homestead – Smeaton House – which was built by Scottish emigre Captain John Stuart Hepburn.  Hepburn died in 1860 and his grave is representative of the style of tomb of the time. The town of Hepburn Springs in rural Victoria is named after him. 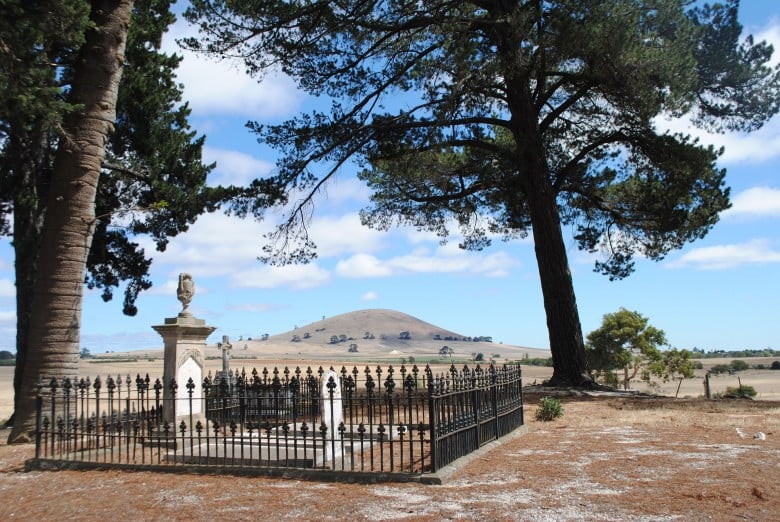