NewsNew South WalesKoalas could be extinct in 30 years in NSW: National Trust responds with new conservation policy and calls for action and change

The National Trust (NSW) has announced its official policy on koala conservation in response to calls for urgent action as this native icon of Australian wildlife faces potential extinction due to land clearing practices.

Evidence presented to the NSW Legislative Council Inquiry on 16 August 2019 indicated that the (former) Office of Environment and Heritage identified more than 100,000 hectares of core koala habitat (koala hubs) across New South Wales. The evidence further indicated that, at the present time, only 16 per cent of this land is protected as part of the National Parks estate.

Before native vegetation clearing codes were introduced in March 2018, the (former) Office of Environment and Heritage (OEH) warned the NSW Government that less than one per cent of identified koala habitat in New South Wales was protected from clearing under the proposed codes. Since the introduction of the codes, landholders have given notice of 51,000 hectares of clearing and Local Land Services have approved a further 288,000 hectares of clearing for agriculture. This includes thousands of hectares of koala habitat.

What does the National Trust (NSW)’s Koala Conservation Policy say?

The policy calls for urgent action to prevent koala habitat loss and fragmentation from agriculture, forestry, industry and urban development. The National Trust (NSW) wants to see the following changes:

Debbie Mills, Chief Executive Officer of the National Trust (NSW), is available for interview and comment.

About the National Trust (NSW):

The National Trust is Australia’s oldest and largest independent conservation organisation founded in 1945 in New South Wales by Annie Forsyth Wyatt. Collectively the National Trust in Australia owns or manages more than 300 built and natural heritage places (the majority held in perpetuity), is supported by 7,000 volunteers and employs more than 300 people nationwide.

The National Trust (NSW) is committed to engaging the community to celebrate and conserve heritage places and collections through events and education. With the support of our members, volunteers and dedicated staff and partners, we advocate on the protection of historical and naturally significant places and collections to ensure their preservation for future generations. 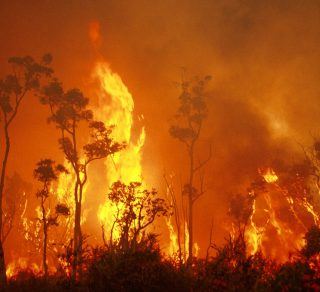 National Trust properties to close due to Bushfire Risks