For many years, Bushland Management Services have been working closely with North Sydney Council to provide a native habitat for the local species and encourage the creation of bushland corridors within Tunks Park West.

Tunks Park West is predominantly Hawkesbury Sandstone with Angophora woodland and a tall open forest of Eucalyptus pilularis and Angophora costata. It forms an important link with the adjoining Flat Rock Gully Reserve and nearby Primrose Park, providing vitally important habitat and a wildlife corridor for the fauna that inhabit the area. The reserve is home to many indigenous bird species as well as seasonal visitors, along with common reptiles, echidna, wallaby and antechinus. However, being bordered by residential properties, it suffers all the impacts typical of an urban reserve.

The main focus of work has been maintaining areas that have been previously worked below property boundaries and along the slope from the Suspension Bridge around to Hamilton Street.

Primary works in the core bush commenced in July 2011, and are ongoing in 2021, with continued follow up treatment of woody weeds within the north-facing woodland, mainly seeding Ochna and removing and treating any Lantana camara found within the area. Vine removal (Pandorea jasminoides, Ligustrum sinense and Cardiospermum grandiflorum) on rock layers beneath the row of apartments was a priority as well as reducing and suppressing seeding exotic annuals and grasses along the escarpment.

Direct seeding was undertaken in bare areas throughout the site. Plectranthus and native grass seeds were scattered on the slope to consolidate areas of regenerating Einadia hastata and regenerating groundcovers to the east. This site has displayed good diversity and resilience. 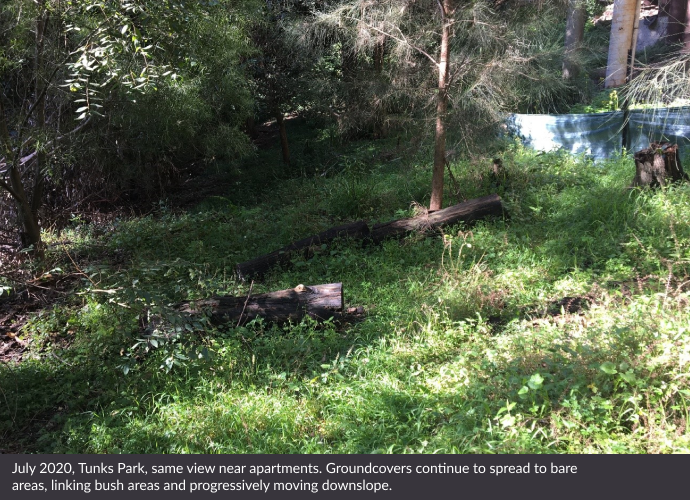 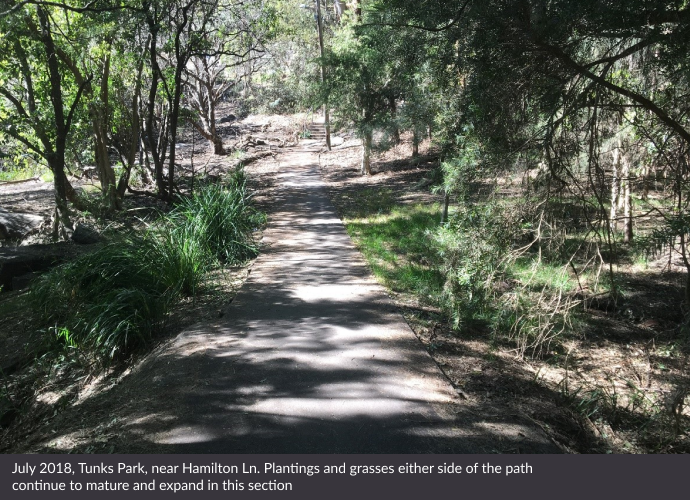 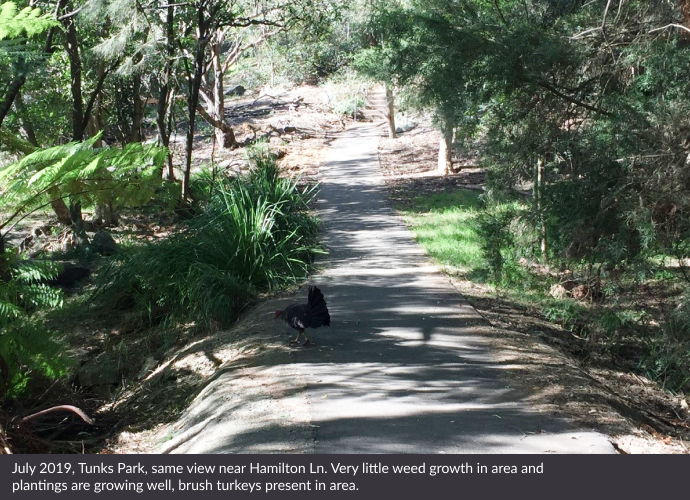