In 2020, Bushland Management Services was appointed to start work on the Loftus Creek Watercourse Project for Sutherland Shire Council to protect and enhance important natural resources

Loftus Creek is an important subcatchment which drains to the Woronora River of the Sydney Basin. One of the main values of this area is the connectivity it provides between a variety of habitats and its considerable ecological value. It is home to threatened species such as Powerful Owls, Sooty Owls, Masked Owls, Black Bitterns and Koalas.

Some areas of Loftus Creek are impacted by stormwater runoff which can cause localised erosion and weed invasion. Our aim was therefore to:

Works on the primary area began through the removal of thick exotic vegetation which had diverted the creeks original flow – in result causing serious flooding upstream and problems for local residents. Any natives found, were carefully transplanted into other areas of site.

After roughly six months, all the exotics were removed and construction work began to create a new stormwater channel. Due to the site bordering the Royal National Park, erosion controls such as coir logs and sediment fencing were installed to prevent sediment movement.

Major excavation works created a naturalised channel with features such as ‘pools and riffles’ which are found in naturally occurring streams. The excavation work took roughly a month then bank stabilisation works began.

Sandstone rock and boulders were placed into the edges of the new banks to prevent future erosion.  An additional 2,500 native grasses, shrubs and trees were installed into areas impacted by excavator movement to ensure no damage to bush remained as a result of rehabilitation works.

Additional sandstone boulders were drilled into bedrock upstream to slow and disperse water during heavy flow. The location of the site added an extra element of intricacy as it was in dense bushland, bordering a waterfall.

Utilising large woody debris, we have installed multiple habitat structures where all types of organisms will thrive.

After three months, the plants began to flourish and a 100% survival rate.

The Bushland Management Services team will maintain the Loftus Creek Watercourse Project for another year where we will treat emerging introduced species across the site, add additional natives to increase diversity as required and ensure the new stormwater area functions as it should. 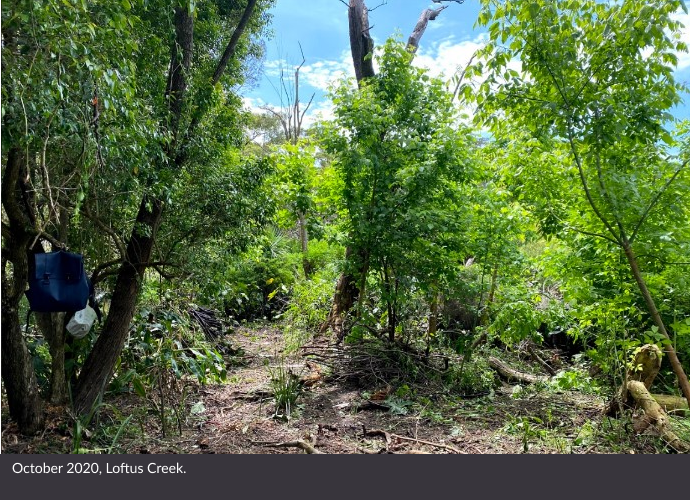 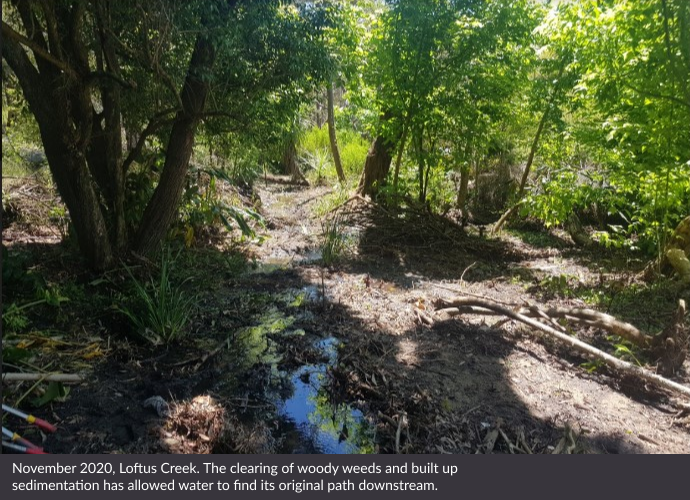 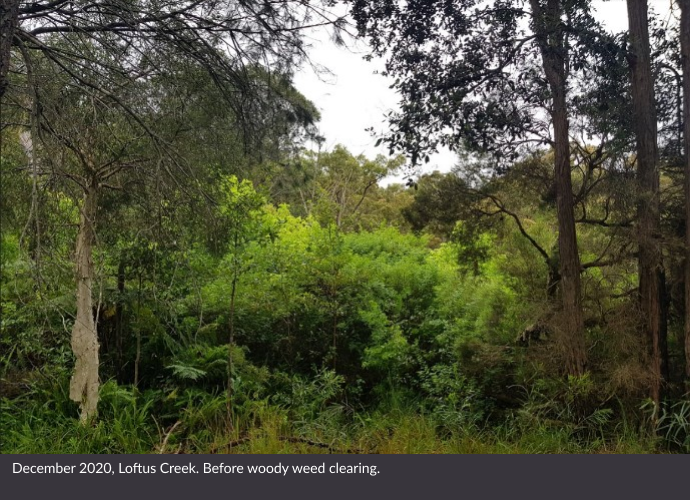 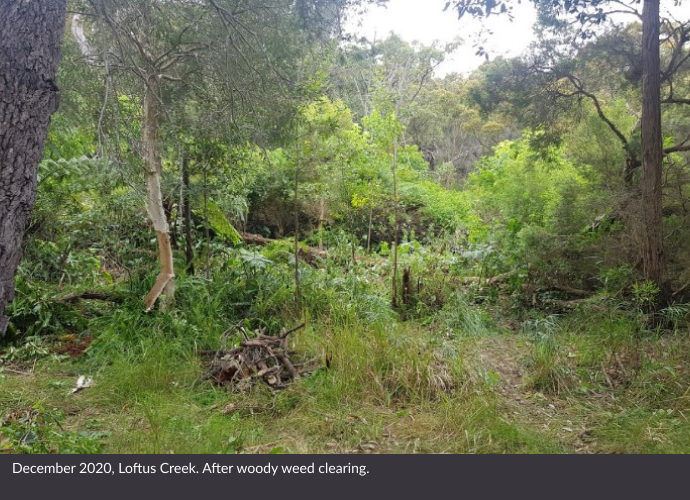 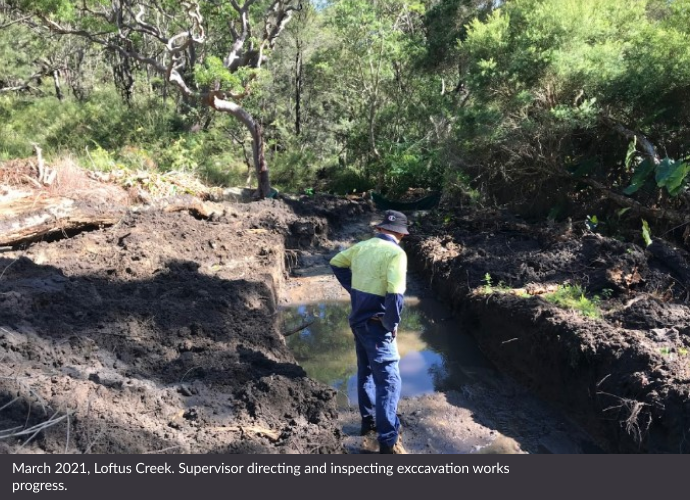 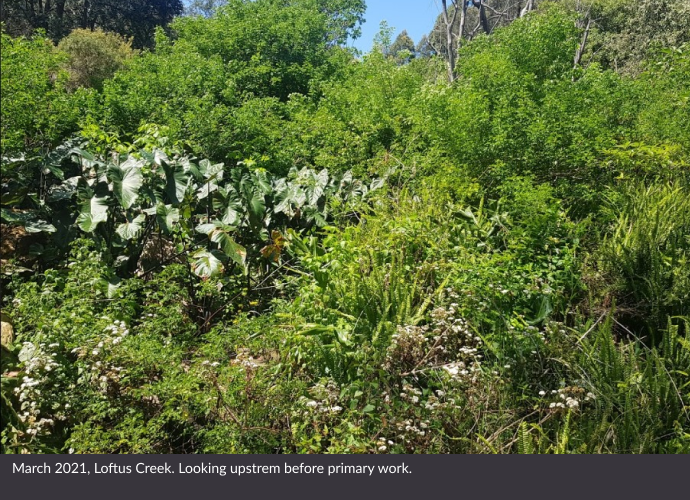 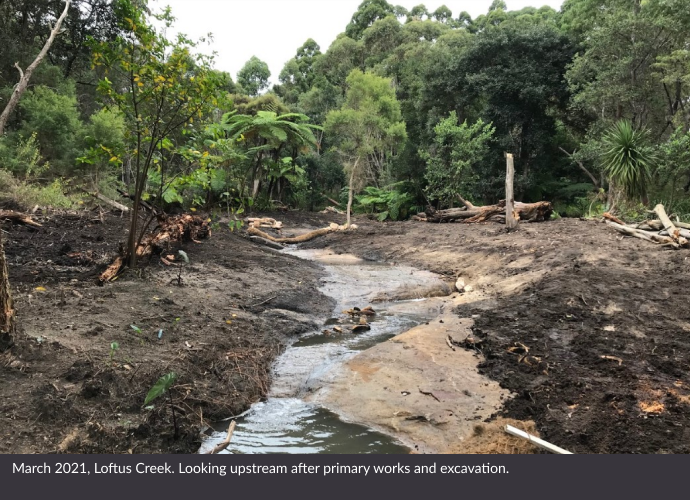