Our goal is to rehabilitate the natural areas which have become degraded by invasive species and improve the natural environment for the long-term benefit of Liverpool and its community.

To ensure longstanding success and to increase the chances of eradication, we use a holistic approach to weed management. Our method of weed control is based on best practice techniques and is modified according to the type of weed and growth form.

For each site, we prepare a tailored Integrated Weed Management Plan which is used in conjunction with innovative approaches to encourage native regeneration, improve soil quality, reduce soil erosion, and enhance the existing biodiversity.

In the first year, Bushland Management Services have made substantial progress at two important locations in particular – Lieutenant Cantello and Rossmore Grange.

Lieutenant Cantello is on a Cumberland Plain Priority Conservation area and is a key investment area for the Council. Four Endangered Ecological Communities listed under the NSW Biodiversity Conservation Act 2016 are identified within the area, so our goal is to protect the threatened species, improve habitat conditions, restore native vegetation and reduce the presence of weeds.

The reserve was recently severely affected by both fire and flood. While working in a sensitive area post fire, it is incredibly important to treat the existing weed infestations but also protect native regeneration. This involves minimising soil disturbance as many native species were germinating beneath the weeds.

Less than one year after the project commenced and we are successfully managing the infestations whilst also protecting the significant biodiversity of native species.

Rossmore Grange has a history of clearing and agricultural use, and consequently, its native flora has diminished, however, the site is still of conservation significance. The area contains remnants of Forest Red Gum – Rough-barked Apple grassy woodland on alluvial flats of the Cumberland Plain, Sydney Basin. This vegetation community is listed on the schedule of Threatened Ecological Communities within the NSW Biodiversity Conservation Act 2016. In addition, 19 species of threatened fauna have been recorded nearby, including six bird species, one bat species and the Cumberland Land Snail.

Our focus is to manage threats to the riparian corridor and reduce the presence of weeds. Initial works therefore focused on removing noxious woody weeds and encouraging the natural regeneration of native species. This has resulted in significant regeneration of native groundcovers and herbs throughout the area. And we were thrilled to hear that wombat and wallaby tracks were recently spotted in the area. 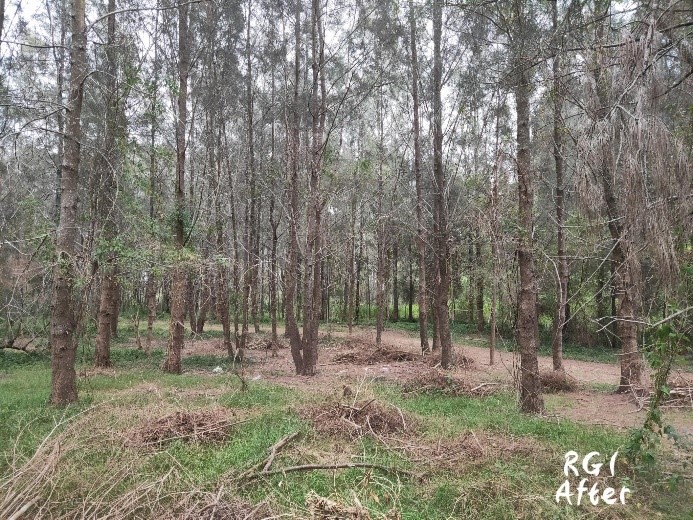 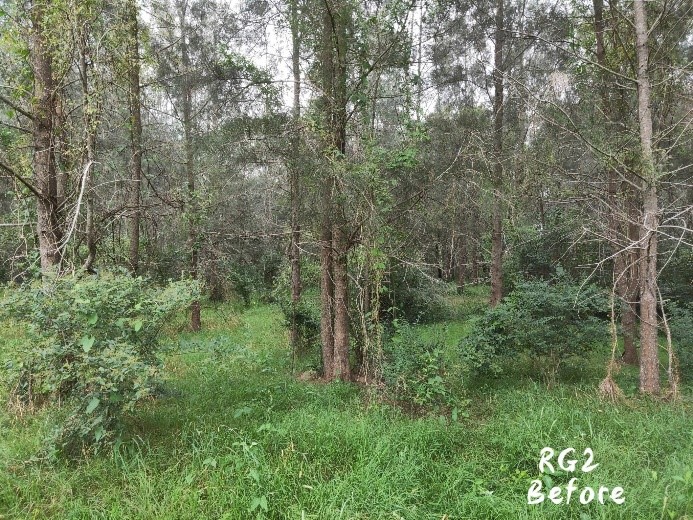 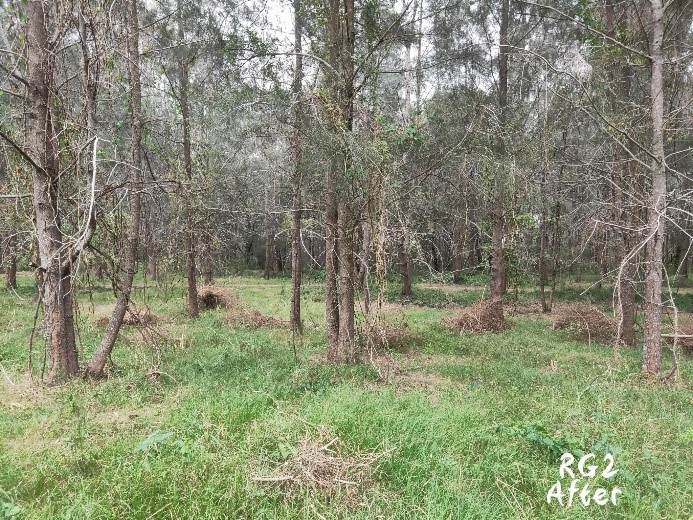 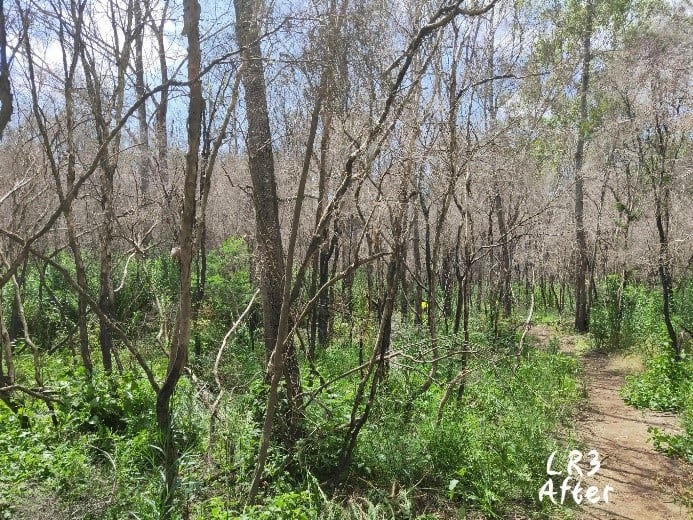 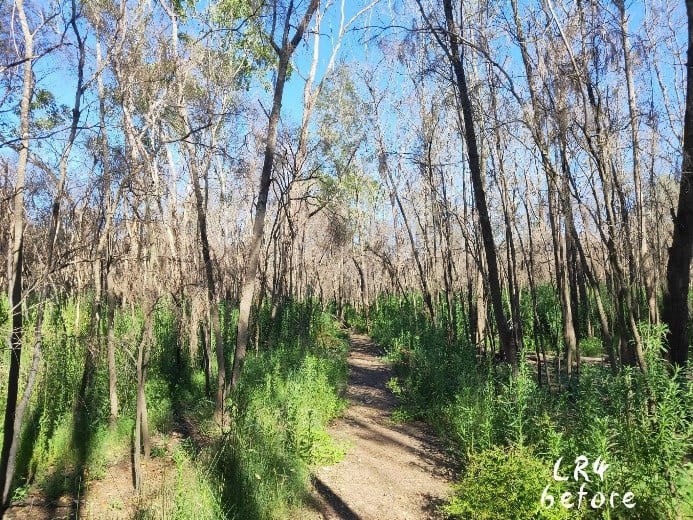 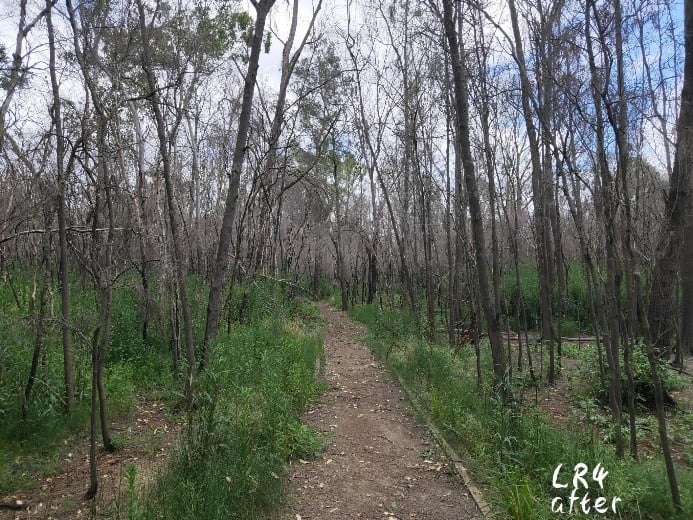