The National Trust (NSW) is shocked by the announcement that Willow Grove and St George’s Terrace may be demolished to make way for a new ‘Powerhouse Museum’ in Parramatta.

Only last week, the Parramatta Branch of the National Trust (NSW) had heard reports that such an announcement may be imminent and the organisation publicly communicated its concerns via its eNews and on social media.

“We are so disappointed that this is the result and this decision has been made despite the National Trust’s campaign led by the late Brian Powyer, our former President and a respected historian and advocate for the protection of heritage in Parramatta and Western Sydney,” said Graham Quint, Director, Conservation. “Brian Powyer always maintained that the story of Sydney’s history did not just reside in The Rocks – there was so much of our story to tell in the Western Suburbs, the Blue Mountains and further afield in regional New South Wales.

The people of Parramatta have voiced their opposition to the loss of ‘Willow Grove’ and ‘St George’s Terrace’ as part of the Powerhouse Museum move from Ultimo, a move the National Trust strongly opposes. Parramatta should have its own distinctive museum which is not founded on the loss of one of its loved historic buildings and one of Sydney’s cherished museums. No other world-class city has closed such a key, historic museum for redevelopment purposes”, said Mr Quint.

With the increasing threat to life and property from bushfires in the regions, towns and cities right across New South Wales many of our most historic buildings are in grave danger. This makes it even more important that development proposals such as the Powerhouse debacle do not compound this threat,” said Mr Quint.

About the National Trust (NSW):

The National Trust is Australia’s oldest and largest independent conservation organisation founded in 1945 in New South Wales by Annie Forsyth Wyatt. Collectively the National Trust in Australia owns or manages more than 300 built and natural heritage places (the majority held in perpetuity), is supported by 7,000 volunteers and employs more than 300 people nationwide.

The National Trust (NSW) is committed to engaging the community to celebrate and conserve heritage places and collections through events and education. With the support of our members, volunteers and dedicated staff and partners, we advocate on the protection of historical and naturally significant places and collections to ensure their preservation for future generations. 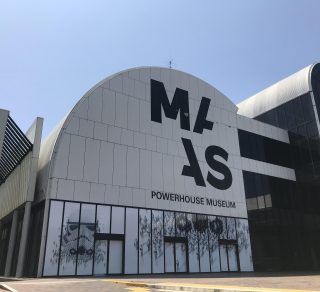