Commemorating 200 years since the birth of Queen Victoria, a NSW State Archives exhibition The Queen’s Album has pieced together 64 photographs that featured in a missing 1882 album gifted to the 63-year-old monarch on behalf of the NSW Colony. 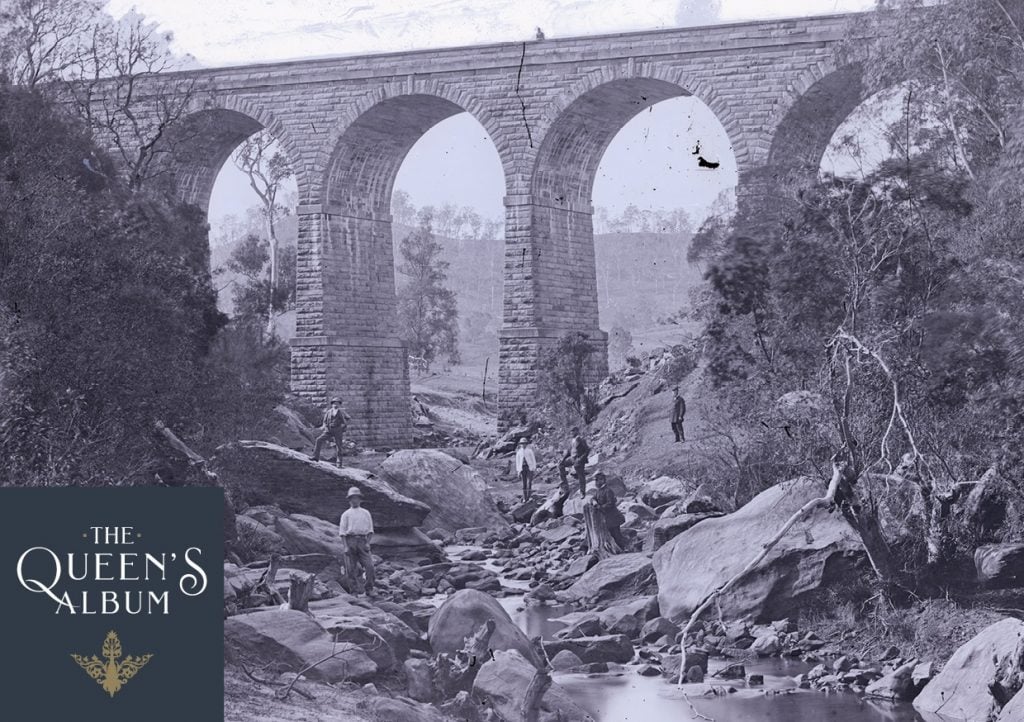 Using original glass plate negatives from the NSW State Archives Collection, the exhibition re-imagines a moment in history from nearly 140 years ago when Sir Henry Parks, Premier and Colonial Secretary of NSW, had an idea of presenting an album to the Queen that would showcase NSW and ‘display its loyalty to the reigning monarch’.

NSW State Archives Senior Exhibitions Curator, Dr Penny Stannard, said that this exhibition has reignited efforts to find the missing album, curated by the Government of the time, in a mystery that the public is being called on to solve.

“Our search for this exquisitely presented collection of 19th century photographs presented to Queen Victoria at Windsor Castle in February 1882 has spanned cultural collections in Australia and overseas to no avail, so now we’re turning to the public to help locate it.

“Initial research by the NSW State Archives has revealed a detailed design information document and a prototype album, however the whereabouts of the final album, which was extended with eight new photographs, is currently unknown,” Dr Stannard said.

NSW State Archives Executive Director, Adam Lindsay, said, “As a monarch so influential that she gave her name to an era, it’s no surprise that tales from Queen Victoria’s reign are enjoying a resurgence in popularity around the globe. To mark the 200th anniversary of her birth, we are delighted to share our uniquely Australian insight into the period with the people of NSW and beyond.

“This valuable selection of photographs, rediscovered, reproduced and now digitised from the NSW State Archives Collection of over 13 million cultural items provides a fascinating window into the NSW Colony at the time. We’re excited to be able to involve the public as we try to solve this mystery once and for all,” Mr Lindsay said.

Following a successful showcase of the exhibition at Government House, The Queen’s Album will now tour to the National Trust (NSW)’s Everglades House & Gardens in Leura, New South Wales.

Debbie Mills, Chief Executive Officer of the National Trust (NSW said, “The National Trust (NSW) is delighted to host The Queen’s Album exhibition at Everglades House & Gardens in Leura, and to partner with the NSW State Archives as we celebrate the 200th anniversary of the birth of Queen Victoria.”

“Bringing this collection of photography to Everglades provides visitors to the Blue Mountains region with the opportunity to see the display following its successful showing at Government House.”

“The location of Everglades means that people from western Sydney, the central west regions of New South Wales – and of course international guests – have the unique opportunity to take in this special exhibition and enjoy the Paul Sorensen-designed gardens and Art Deco house in Leura,” said Mills.

About the exhibition at Everglades House and Gardens

The Queen’s Album touring exhibition is open to the public at Everglades House and Gardens gallery at Leura from Thursday 11 to Sunday 27 July, 2019.

For more information on The Queen’s Album exhibition and the visit NSW State Archives Collection.