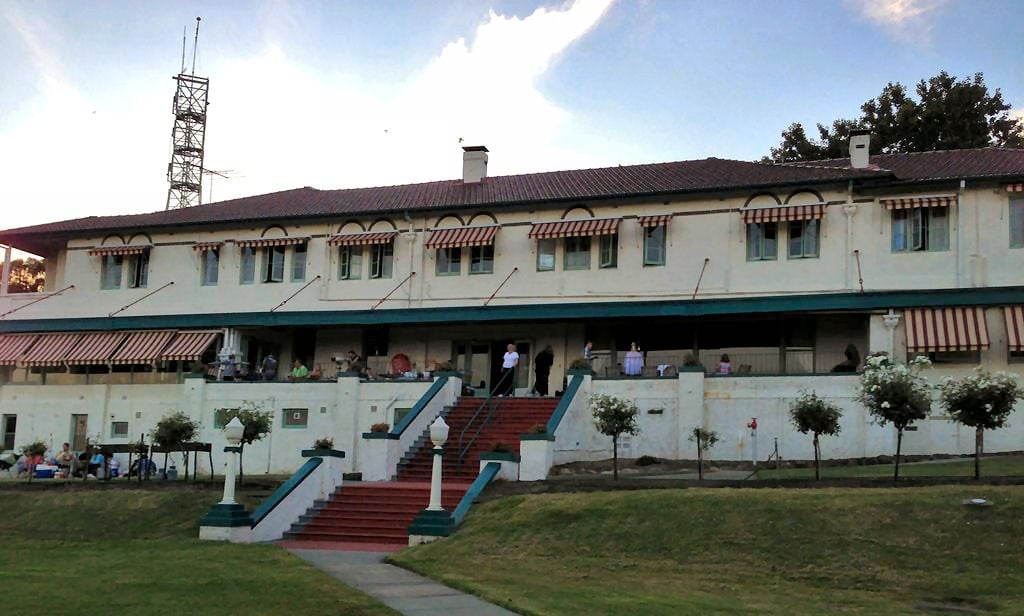 They are the Officers’ Mess at the Glenbrook RAAF Base, Katoomba’s Palais Royale Boutique Hotel and the Savoy Theatre Building.

Mr Stowe explained that while a listing on the Trust Register did not have legal force, it was recognised as an authoritative statement of the historical, architectural or other value of a building, site, item or area and served to alert the public to the heritage significance of such sites and properties.

The RAAF Officers’ Mess is an important example of an intact Art Deco Hotel. Built in 1936 as the Lapstone Hill Hotel, it retains many of its early features and landscaping including its porte-cochere, light fittings, decorative ceilings, stained glass, terraced lawns, formal courtyard garden and swimming pool. It was acquired by the RAAF in 1949 and occupied from 1950.

The Palais Royale was built initially in 1896 as a convent school, then used as a guest house and dance hall, then as a Bible college and now as a luxury hotel. One of the 1930’s additions to the building during its guest house phase was a ballroom, advertised at the time as “the largest in the Blue Mountains” and “one of the most beautiful ball rooms in Australia. Today’s building retains a high level of detail including the use of beveled glass, leadlight and unusually fine terrazzo.

The Savoy Theatre Building, formerly the King’s Theatre and the Amusement Hall, opened in 1911 and played a significant role in the social and cultural life of Katoomba for over 90 years. The basement, excavated out of solid sandstone, was used as a skating rink and could accommodate 250 skaters and 500 seated onlookers. The existing building is a fine, intact example of Inter-war functional design, retaining not only the overall building form, but also its important shop fronts that give charter to the streetscape at pedestrian level.

Mr Stowe emphasised that the National Trust did not advocate rigid or unnecessarily restrictive development controls with regard to listed items or places.

“We recommend that places of significance as part of the national, state, or local heritage be conserved through controls that allow, where necessary, for new and compatible development and associated works, all of which respect the character of the place or item through enhancement rather than conflict,” Mr Stowe said.