The disappointing news that the Minister for Heritage, the Hon Mark Speakman has decided not to accept the recommendation of the Heritage Council to list the Sirius Building in The Rocks on the State Heritage Register, will have dire consequences for the World Heritage values of this area.

In anticipation of a higher financial return for the sale of the site and the now more likely demolition of the Sirius Apartments, the question turns to what might replace this building, given developers’ expectations. The Minister for Housing, the Hon Brad Hazzard had indicated that 250 luxury apartments should replace the current 79 more modest units.

The Sirius Apartments were designed to protect the views of the Sydney Opera House from the Sydney Harbour Bridge Walkway. The taller central towers line up with the existing mulit-storey Bushells Building in George Street which had already blocked this view. But the majority of the building on either side was stepped down below the walkway to protect these exceptional views in the buffer zone for the Sydney Opera House World Heritage Listing.

In the Trust’s view, it is simply not possible to triple the number of apartments and also enlarge them without constructing a much taller building which will block these views, impact on the World Heritage Listing buffer zone and ruin a view much loved by Australians and tourists alike.

A State Heritage Register listing would have ensured that an upgraded Sirius Building would not have had these major impacts. A major new tower development in The Rocks surely signals the lowest point in heritage appreciation and protection that we have reached since the early 1980s Jack Mundey Green Bans that initiated the construction of the Sirius Apartments to house residents then displaced by development.

The Sirius building was seen as providing affordable public housing in its 79 apartments, housing approximately 200 people potentially displaced by other developments in the area. It has been policy to house a social mix of young and old, and of large and small families. Some apartments were designed with particular families in mind as original occupants.

In March 2014 it was announced that the Sirius Apartments would be sold and the residents re-located. Media statements indicate that the State Government may be expecting to receive $100 million from the sale and this indicates that the building may face demolition. Such demolition could not occur if the building were listed on the State Heritage Register. The Trust understands that the Department Family and Community Services intends to oppose the State Heritage Register Listing.

THE CASE FOR BRUTALISM

“Brutalism is architecture that people love or hate. That’s the point. It’s architecture that cannot be ignored. It took more than three-quarters of a century before high Victorian architecture began to be rehabilitated through the efforts of John Betjeman, Evelyn Waugh, etc. Their pleas went unheeded. They were reckoned to be perverse and mischievous. Thousands of so called “monstrosities” were destroyed. The survivors are now widely valued, and lost ones are mourned.  We have learned nothing. Half a century after brutalism’s heyday, the term “concrete monstrosity” trips readily off the tongues of the unseeing, the torpid, the incurious. Britain is once again being architecturally cleansed in favour of timidity and insipidity.”

Brutalism is not “brutal.” Its very name is misleading, causing many to condemn its concrete creations for their apparent “brutality”. Brutalism’s etymology actually lies in the French béton-brut – literally “raw concrete” – the movement’s signature material.

Apartments could be made available for local low-income workers who will be required to work in the local area and for whom inadequate provision has been made, despite development conditions requiring this. 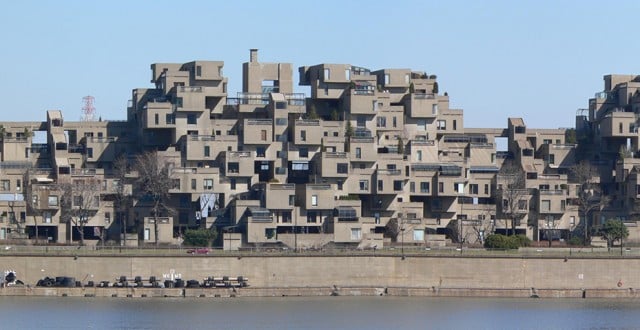 Habitat 67 is widely considered an architectural landmark and one of the most recognizable and significant buildings in both Montreal and Canada.

END_OF_DOCUMENT_TOKEN_TO_BE_REPLACED 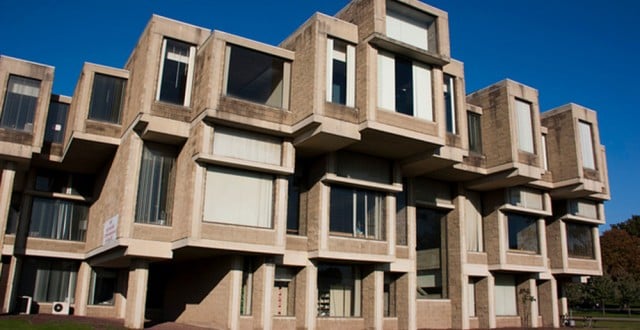 END_OF_DOCUMENT_TOKEN_TO_BE_REPLACED

As is always the Trust’s position, the Trust will advocate that consideration of Listing of the building on the State Heritage Register and consideration of the future of the building should not be confused and future potential uses or sale values should not be a factor in determining the proposed State Heritage Register Listing.

The Trust will continue to urge the Listing of the Sirius Apartments on the State Heritage Register and will argue for retention of the original tenants (who had already been re-located to the Sirius Apartments) in the building. Other apartments could be made available for local low-income workers who will be required to work in the local area and for whom inadequate provision has been made, despite development conditions requiring this.