The National Trust of Australia (NSW) is governed by a Board comprised of 12 elected members and the Trust’s Chief Executive Officer. The Board elects its President, Deputy President and Treasurer. 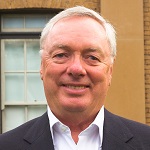 The Chair of the National Trust (NSW)’s Financial Audit and Risk Management Committee, Neil has been a dedicated member since 1983 and provides the organisation with the benefit of extensive financial, commercial and risk management expertise gained from 50 years in business.

He is also Director and Treasurer of worldwide organisation of Variety – the Children’s Charity; National Company Secretary for Variety – the Children’s Charity in Australia; Board member of the Macular Disease Foundation Australia and Chair of this charity’s Audit and Risk Management Committee. Neil is also Director Esse Quam Videri Foundation (Dubbo High School) and a Member of the Sector User Group of the Australian Charities and Not-for-profits Commission. 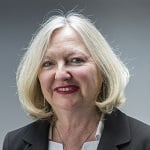 Currently Director of the State Library of New South Wales Foundation and an ex -officio Board member on the C. B. Alexander Foundation, Susan was a former member of Alumni Council, University of Sydney.

Throughout her career, Susan has held prominent roles in historic site management, arts administration and cultural programming including as the Deputy Director of the Historic Houses Trust of NSW (now Sydney Living Museums).

David Pratt was born in Sydney with a family line that goes back to the very early days of colonial settlement. This and his keen interest in Australian history, architecture and horticulture are what aligns him to the National Trust (NSW).

He is a Fellow of the Institute of Chartered Accountants with a Masters of Economics degree from Macquarie University. His extensive career as a partner at PwC in management consultancy; specialising in restructuring, risk and financial management optimisation, are the skills and knowledge he brings to the leadership team of the National Trust. 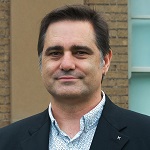 ARIA-nominated for music production and experienced in heritage interpretation and education, Noel is the Treasurer/Event Manager of the multi award-winning Woodford Academy Management Committee in the Blue Mountains and a member of the National Trust Board Committee (NSW) – Education. He has 25 years of experience in events, music, creative museum interpretive practice and building cultural audiences.
View Noel’s LinkedIn profile. 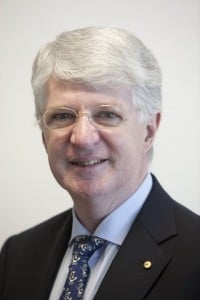 The Hon Garry Downes AM, Board Director

Garry Downes has been a member of the National Trust Historic Buildings Committee for more than 10 years. He has held positions on administrative boards, including Cancer Council (NSW), International Association of Lawyers (World President), and Save the South Steyne Committee. He has a lifelong interest in the preservation and protection of the built and natural environment, as well as our cultural heritage. 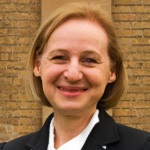 Meredith is a Member of the Wollongong Council of Heritage Advisory Committee and the Old Court House Management Committee. 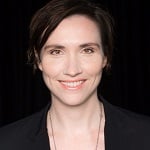 Fenella Kernebone is the Head of Curation for TEDxSydney responsible for leading the programming for one of the largest TEDx events in the world. In addition to the flagship event, she programs TEDxYouth@Sydney, Salons and Pitch Nights.

Fenella is the host of Lumina, a new podcast for the Australian Film Television and Radio School which explores how tech innovations challenge and shape the way we share stories. As a television and radio presenter and producer, Fenella has hosted programs such as Art Nation on ABC TV, By Design on Radio National, The Sound Lab on Triple J and she hosted a season of the Sydney Opera House Podcast, It’s a Long Story in 2017. Fenella is also an MC, interviewer, keynote speaker, presentation coach and creative consultant. 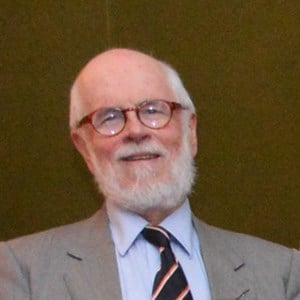 Dr Clive Lucas is a restoration architect who was previously National Trust of Australia (NSW) President. He was a founding partner of the firm Clive Lucas, Stapleton & Partners – Architects and Heritage Consultants now known as Lucas Stapleton Johnson, which specialises in the field of architectural restoration. He is a current Board Member and member of the Trust’s Properties Committee; previously Vice-President of the Trust and Founder, former Chairman and Trustee of the Historic Houses Trust of NSW (now Sydney Living Museums). Restoration Architect – Clive Lucas, Stapleton & Partners, Sydney. Member of the National Trust of Australia (NSW) since 1961. 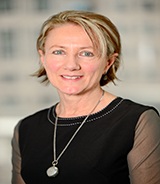 Ms Caroline Mackaness is Director, NSW Government and her previous appointments include being a Committee Member, Hunters Hill Trust; and Member of the ANZAC House Trust. She is a sixth generaiton Sydney-sider who is passionate about Australian history, heritage and the natural environment.

Throughout her extensive career in NSW Government she has been responsible for some of the state’s most significant heritage places, delivering government policy and programs focused on community outcomes, including the development, management and operation of heritage and cultural facilities, delivery of major cultural projects, capital works and governance.

As a new member of the Board of Directors for 2020, Caroline sought election so she could contribute her skills, knowledge and passion in support of the organisation, staff and volunteers that work so hard to sustain places of community significance for enjoyment of current and future generations.

Keith Parsons is a retired science high school teacher and has been a National Trust Board Member since 2012 (2012-13, 2014-15). He is a Board representative on the Built Heritage Conservation Committee and Policies Taskforce, a Member of the Hunter Regional Committee since 1974 and Chair 1999-2004 and 2008-2015, Deputy Chair from the late 1970s until mid 1980s. He is also a Member of the former Hunter Region Historic Buildings and Urban Conservation Sub-Committee, and a former member and Chair of Miss Porter’s House Management Committee. 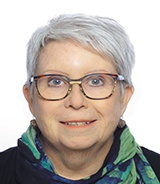 Ms Kathryn Pitkin, AM, Board Director

Ms Kathryn Pitkin, AM is a retired english and history high school teacher and has been the Chair of the National Trust’s Miss Porter’s house since 2014. She has previously held positions such as Deputy Chancellor of the University and Deputy Chair of the Council 2007–2014; Member of Charles Sturt University Council 2002–2014; and Treasurer of National Trust’s Miss Porter’s House 2009–2014. She is also a Program Leader with Odyssey Traveller, and since 2016 has led groups of Australian travellers to Ireland, Scotland and the Scottish Isles, Spain and Portugal, South Africa, Bhutan, Iceland and Greenland.

As a new member of the Board of Directors for 2020, Ms Pitkin sought election because of her commitment to the good governance of organisations, especially those that handle public money. She plans to utilise these skills she built during her time at Charles Sturt University, and her various roles at Miss Porter’s House. 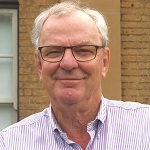 John Richardson is a director at the internationally renowned architectural firm, COX, where he has been the Project Director for over 30 award-winning projects and has received the Sir Zelman Cowan and a Sulman Award. A former President of the Royal Australian Institute of Architects (RAIA) NSW Chapter, John joined the RAIA Historic Buildings Committee as a student member. John has been a Director on the Board of the National Trust (NSW) since 2011.

He is also Chair of the Conservation Policies Task Force, a member of the Finance Audit and Risk Management Committee, and has been a member of the Properties Committee (2012 – 2018) and the Architects Advisory Panel for the National Trust (NSW). 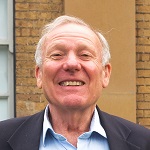 Ian is currently the Chair of the Properties Committee and a member of the Saumarez Advisory Committee. He has also been the Convenor of the Properties Task Force (2011 – 2013) and a member of the Museum Task Force (2012 – 2013). In addition to his work with the National Trust (NSW), Ian is also a Trustee of the Copland Foundation and is University Curator at the University of New England. 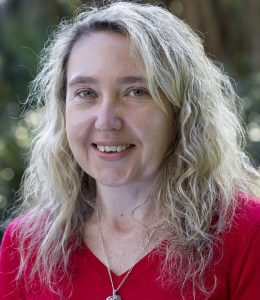 Debbie Mills was appointed as Chief Executive Officer at the National Trust of Australia (NSW) in August 2017 following an extensive career as an executive leader at PwC and Caltex Australia. At Caltex Australia she took a lead role in the Climate Change team working on the strategy and implementation plan to ensure the business was ready to meet its obligations under any proposed and existing Climate Change legislation.

Debbie Mills is a Chartered Accountant and has also been on the Board of Directors of a charity that looks after re-homing lost and abandoned animals. She brings her passion for conservation of heritage, culture and the arts, the environment and animal welfare to her role.