In response to a recent media article on a heritage-listed sewer “setting off a storm with developers” the National Trust is prompted to set out the work of its Industrial Heritage Committee, established in 1968 and, in particular, the vital role played by sewerage infrastructure in the development of our modern cities.

It is surprising to hear that anyone would have concerns about the heritage-listing of sewerage systems, thinking them “bizarre” and it does indicate that some people have no real understanding of the nature and importance of this vital heritage infrastructure. 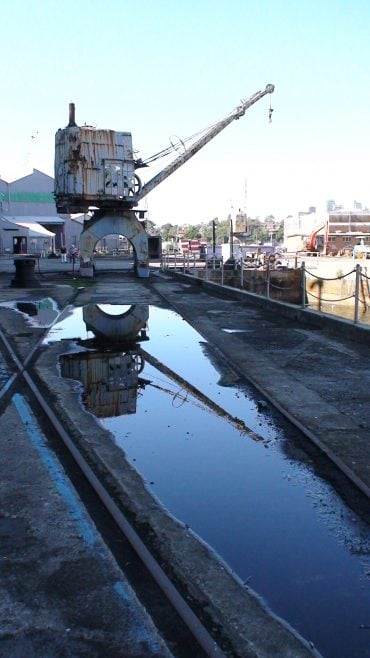 The National Trust’s Industrial Heritage Committee was established in 1968 and is comprised of engineers, archaeologists and historians. Over the past fifty years that Committee has produced an Industrial Sites List of thousands of items and places across New South Wales categorised as Agricultural (e.g. barns, dairies, wool stores, abattoirs, silos, butter factories, machinery etc).

For example there are places of World Heritage Significance that are actually ruins – The Parthenon in Greece, Machu Picchu in Peru, Ancient Thebes in Egypt and after the fire, Notre Dame in Paris.

Then there are places of local heritage significance that are maintained in excellent condition by their owners.

Television shows such as Restoration Man and Grand Designs show how people are prepared to commit their lives and life savings to restore historic barns, churches and mills and re-adapt them for contemporary living.

If places or items are in such a state of disrepair or decay that their heritage values have been destroyed then they would not warrant heritage listing. 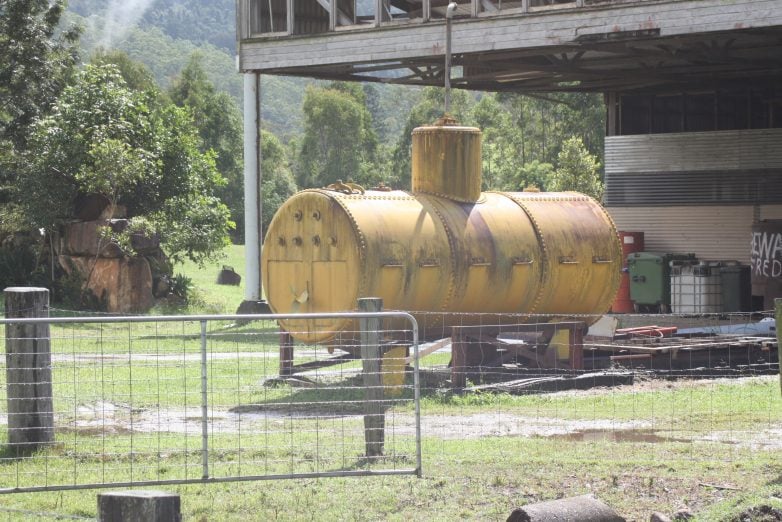 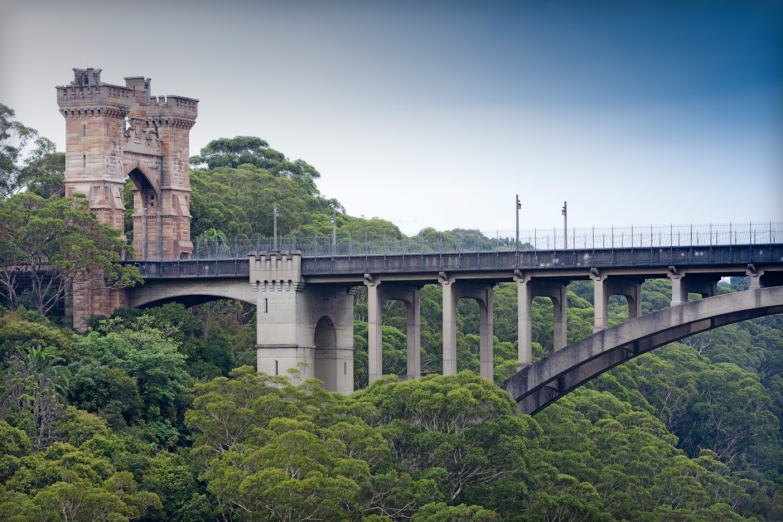 With regard to claims of the ‘mundanity’ of sewerage pipes and the question of their heritage significance, the website “Heritage Calling – A Historic England Blog – The Story of London’s Sewer System – confirms the historical importance and heritage significance of this vital infrastructure.

The development of London to the great city we now know could only have occurred because of the work of Sir Joseph Bazalgette on the London Sewer System.

“Thursday 28th March 2019 marks the 200th anniversary of the birth of Sir Joseph Bazalgette, the Victorian engineering mastermind and public health visionary behind the vast sewage system that Londoners still rely on today.

Hidden beneath the city streets lie 2,000 kilometres of brick tunnels that take raw sewage direct from our homes, along with 130 kilometres of interconnecting main sewers the size of railway tunnels. Much was engineered in the middle of the nineteenth century and includes magnificent cathedral-like sewage pumping stations.

Before Bazalgette’s designs, raw sewage seeped from inadequate sewers into the River Thames, turning it into a stinking open sewer; its foreshore thick with untreated human waste, industrial discharge and slaughterhouse effluent. The increasingly wide use of the new flushing toilets exacerbated the problem, overwhelming cesspits and causing more waste to flow into the river.

In the 19th century, London’s population numbered around 2 million. The city suffered fatal epidemics of cholera when thousands died. The Victorians had no known cure. It was widely believed breathing in ‘miasma’ – foul contaminated air – caused disease and death. London-based physician Dr John Snow put forward the theory that the disease was water-borne, but his ideas received little attention. The year 1853-54 saw cholera claim a further 10,738 victims.

In the scorching summer of 1858 temperatures averaged 35 degrees celsius. The stench from the Thames – the ‘Great Stink’ – became completely overwhelming to those nearby, including Parliament whose legislative business was disrupted.

Tons of lime was spread on the Thames foreshore and near the mouths of sewers discharging into the river to try and dissolve the toxic effluent, with little effect. Parliament was forced to hurriedly legislate to create a new unified sewage system for London. The Bill became law on 2 August 1858.

Joseph Bazalgette was chief engineer of the Metropolitan Board of Works (MBW), having began his career in public health engineering in 1849. He spent several frustrating years drawing up various plans for a revolutionary rethink of the city’s sewers, only to see them repeatedly shelved, as Parliament and others argued about the system’s merits.

The Great Stink was the catalyst for radical change. Parliament gave full responsibility for cleaning up the Thames to the MBW – favouring Bazalgette’s plans – along with the ability to borrow £3 million. This was a colossal sum then, and one which had more than doubled by the end of the project.

When completed in the mid-1870s, the new sewage network’s enclosed design – which captured both sewage and rainwater – virtually eliminated cholera. Dr John Snow’s theory about cholera being a water-borne disease was correct, although he died at the height of the Great Stink without knowing that he had been vindicated.” 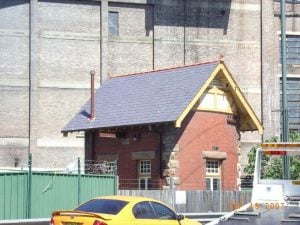 This same principle applies to Paris and its sewers and to Sydney. On the recommendation of its Industrial Heritage Committee, the Board of the National Trust approved the Listing on the National Trust Register of the Sydney Low Level Sewage Pumping Stations (LLSPS 1 – 18).

“The first eighteen Low Level Sewage Pumping Stations (SPSs) built in Sydney are of historic, aesthetic and technical/research significance. Historically, they are the original network of eighteen low-level sewage pumping stations constructed at the end of the 19th century which, along with the construction of the Southern Outfall Sewer (ten years earlier), formed a major advance in the protection of the public health of Sydney by ending the discharge of sewage into the Harbour. They were built as a direct response to the outbreaks of Enteric Fever (Typhoid) which plagued Sydney from the 1870s to 1890s and the recommendations of the Sydney City and Suburban Health Board (which was established by the government in 1875 to report on the best means of sewage disposal) which proposed the establishment of outfall sewers. 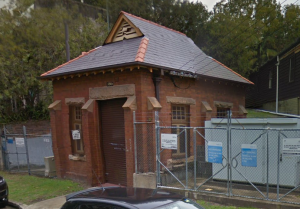 Aesthetically, the above-structures are good examples of small utilitarian buildings designed in the Federation Queen Anne style. In their surviving fabric, the SPSs reflect the importance of Federation Period public utilities which is evident in the overall design and technical excellence of the traditional construction techniques and craftsmanship such as the stone dressings and tuck-pointed brickwork. The underground components of some demonstrate an early use of reinforced concrete designed by Edward G Stone, a notable Australian pioneer of this material. 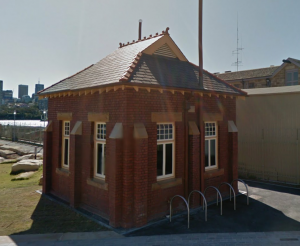 The pumping stations are technically significant for continually fulfilling their role for a century after their introduction as low level sewage pumping stations, largely as originally designed and constructed, apart

from mechanical and electrical upgrades. They have educational and interpretation potential to reveal information about the development of sewage pumping engineering and in architectural taste in a period when utilitarian buildings were given as much careful attention as public buildings. The existence of multiple examples of these SPS buildings is fundamental to their significance and demonstrates the institution of the low-level sewage pumping system as an integrated multi-nodal utility in Sydney at the beginning of the twentieth century.

Three of the original eighteen SPSs are currently listed on the State Heritage Register and eleven are listed as of local significance.  SPS 1 and SPS 18 are individually listed in the National Trust Register. SPS 8, 9 and 16 are underground Stations.  SPS 15: Ashfield was rebuilt in the 1960s and the above-ground superstructure (originally similar to SPS 21) was demolished. “