This church group is of historic, aesthetic and social significance as a fine, intact rural church, graveyard and landscaped grounds indicative of the early rural settlement of Lane Cove in the eighteen seventies. It is the oldest remaining (the third built) Methodist church on Sydney’s North Shore, and the first church to be built in Lane Cove. The graveyard contains the remains of early pioneer families such as the Forsythe, Bryson and French families). It is also of aesthetic significance as a landmark on the Pacific Highway.

Built in 1871, this picturesque Gothic style church was designed by Thomas Rowe

Built in 1871, this picturesque little Gothic style Church is of sandstone construction with a tiled roof. The east front is flanked by a tiny belfry containing a bell from the N.S.W. Fire Brigade. The interior walls are rendered and most windows contain stained glass. The roof is lined between the timber trusses. The pews are probably original. The original Architect was Thomas Rowe, although there is reference to Morrow drawing the plans. Thomas Rowe also designed Sydney Hospital, the Great Synagogue in Elizabeth Street, Sydney and Newington College. The stonework contractor was Jago. The builders were Bryson, Leet, Johnson and Montgomery, all members of the early congregation. Further additions were – 1883, a transept and porch were added. 1930, the sanctuary and two vestries were added, A.W. Anderson – Architect. 1935, the pipe organ was installed.

The present condition of the Church is excellent. The tile roof, which replaced shingles, has faded to a pleasant grey and the walls are covered with creeper. The small church graveyard is located to the west of the church. Burials date between 1871 and 1924 with the majority being before 1910. Most monuments are of sandstone or marble and are simple in design. The cemetery is not enclosed.

Mature vegetation which includes eucalypt, privet, pittosporum, jacaranda, oleander and camellia contributes significantly to the landscape quality of the site and the surrounding areas. Vandalism in the cemetery has been extreme. Of about 65 grave sites evident in 1980 only about four have undamaged monuments. However, most monuments are repairable, and the restoration program under way at the moment should ensure that the cemetery is returned as close as possible to its original form, making it a very valuable, historically significant, open space resource in the midst of medium density flat development. 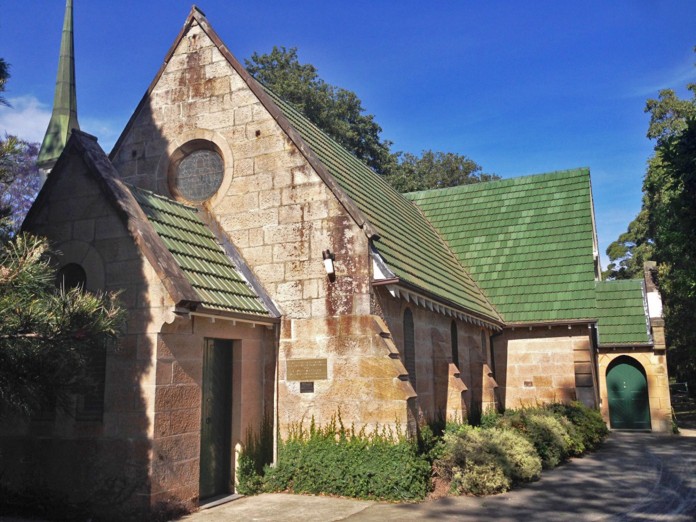 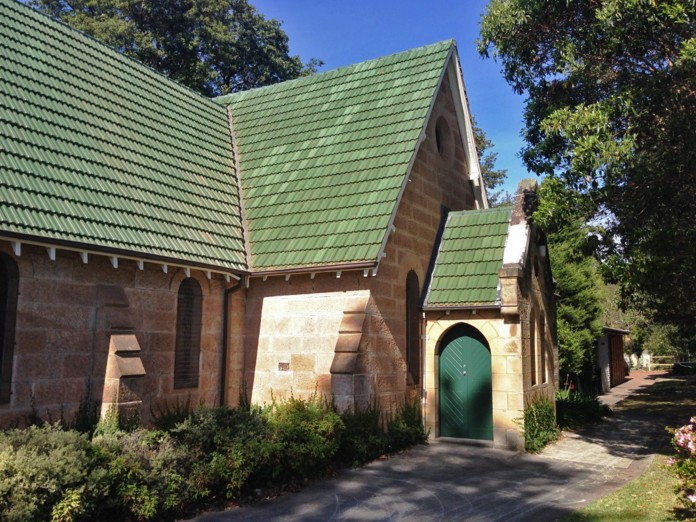 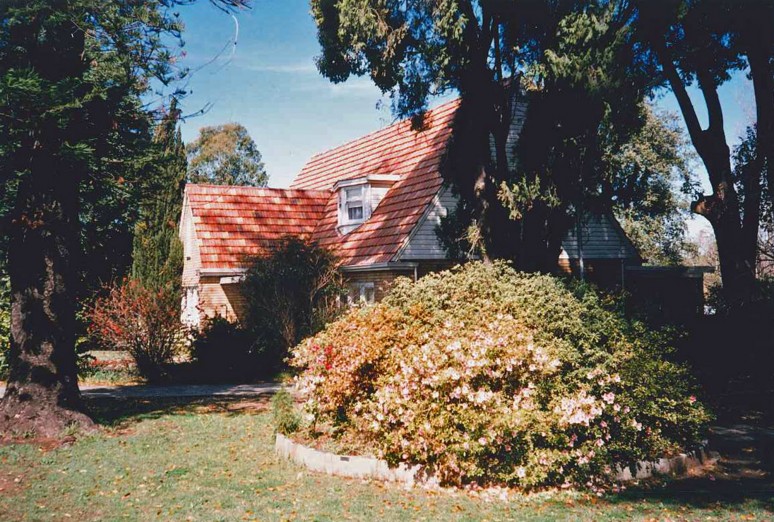 The building is being constructed of stone and will be roofed with pointed shingles. The roof will be lined with cedar.

The remaining Crown land in this area was auctioned in the 1850s, marketed as an area for fruit growing and farming.

The land on which the church sits was originally owned by James Mitchell, after whom the Mitchell Library in Sydney is named. Upon his death the land passed to his son, David Scott Mitchell, a medical doctor. In 1871, two acres of this land was then purchased from David Mitchell by the trustees of the Wesleyan church, William Henry McKeown and others.

In 1843, Wesleyan Methodist local preachers visited Lane Cove (then all North Shore) and formed a class of 12 people. In 1870 Methodist services were held in the Bryson home, opposite the present day church. In 1871 the local Methodists settled purchase of the church’s land (opposite), although the sandstone church had been recently built at this time.

The church was the third Methodist church to be built on the north shore. It is the earliest remaining. The architect is likely to have been Thomas Rowe, although it is much simpler than many other of his designs for this period. It had a timber shingle roof and cedar lining. Mr Morrow drew the plans for the building which was to be a stone structure. Stone was cut and carted to the site and timbers were hauled from the upper North Shore. The builders were Bryson, Leet, Johnson and Montgomery, who were all members of the congregation. James Montgomery was the stonemason for the church. On July 1st 1871, Mr John Dawson, a prominent business man attached to the York Street Methodist Church, laid the Foundation Stone and the church was opened on 31 December 1871.

The Christian Advocate of August 1, 1871 noted that:

“The church when finished will be a very neat and substantial structure. The site it occupies is on the Lane Cove Road, close to the junction of the North Sydney road, and is about four miles from the township of St Leonards.

The building is being constructed of stone and will be roofed with pointed shingles. The roof will be lined with cedar. Ample provision has been made for light and ventilation. The church is being built on a portion of ground of two acres extent. Part of this land is intended for a cemetery. Mt Thomas Rowe is the architect and Mr Jago of North Sydney the contractor for the stonework.”

Another ceremony was held on October 7, 1883 when the transept and porch were added which meant that the space had more than doubled to a cruciform plan. In 1891 the name of the church changed from Willoughby to Chatswood.

The Sunday School was built and opened in 1906. A tennis club was formed after courts were built in the south-western corner of the grounds in 1912. A second tennis court was paved in bitumen for use as a car park – year unknown. A kindergarten hall was built in 1912, but burnt down in the 1960s and was rebuilt in 1967. The primary hall was built in 1913.

In 1930 the sanctuary, two vestries and a porch were added. In 1935 a new organ was installed and in 1937 the parsonage was built, designed by the architect Hedley Carr.

In 1966 a bronze bell was installed in the tower. The fellowship centre was constructed in 1968 in honey-coloured brick.

The cemetery was owned and maintained by the parish from its consecration in 1871 until it was handed over to Lane Cove Council in the early 1980s. It was listed on the Register of the National Trust of Australia (NSW) in 1976 along with the gardens. In 1984 the cemetery was rededicated a Pioneers’ Memorial Reserve.