On Wednesday night, at the National Trust’s Annual General Meeting, the recipients for this year’s Margaret Feilman Medal were announced in front of our members.

We congratulate the recipients for 2020 – Diana Frylinck and Karl Haynes – and thank them for their enormous contributions to the protection of and access to Western Australia’s heritage.

We thank everyone that submitted a nomination, we look forward to running this program again next year. 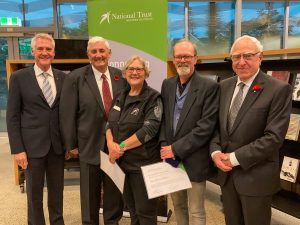