It is with a heavy heart that the Chair of the National Trust Hon Michael Murray AM QC advises of the passing of Mr Max Kay AM CIT WA.

Max’s contribution to the National Trust was invaluable and we will miss his energy and commitment.

Max moved to Perth from Scotland in 1967 and soon became one of Perth’s most-loved entertainers. In 1976 he opened the Civic Theatre in Inglewood and in 1980 he opened one in Highgate. Max wrote, produced, and performed his own shows with a personally trained cast of, dancers, singers, and actors.

In January 2001 Max pursued other goals of a community nature, by concentrating on various charitable causes that he helped throughout his professional career.

Max was recognized for his contributions through numerous awards, his highest accolade award in January 2003 when he was appointed a Member of the Order of Australia for services to the entertainment industry and for charitable works.

Max worked tirelessly for the community, sitting on many boards and committees and devoting time to his favourite charities. He joined the National Trust in 2009 and became President in 2011, a position he held until his death. He was generous with his time especially in relation to the Trust’s membership. His contributions to the National Trust Council has ensured our ongoing work to conserve and interpret our heritage so it is cherished by all West Australians.

He was an important part of the Trust family and a great friend. He will be missed and our thoughts are with his wife, family and friends. 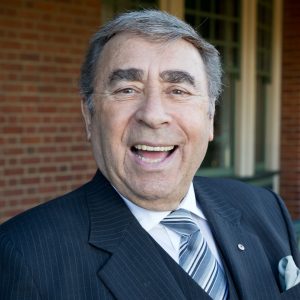