WA Heritage Minister the Hon Albert Jacob described as revolutionary the efforts of Vyonne Geneve OAM, founder of the Perth Art Deco Society at the launch of the new National Trust of Australia (WA) publication Picture Palaces of the Golden West at Mosarts in Perth, 6 July 2016.

END_OF_DOCUMENT_TOKEN_TO_BE_REPLACED

“You were one hundred percent correct and I thank you as one of the members of the future generation,” Mr Jacob said.

The book launch at Art Deco venue Camelot (Mosarts) recognised long term collaborators and authors Vyonne Geneve and  illustrator Ron Facius and their book Picture Palaces of the Golden West  which they developed over a decade  and showcases WA’s Art Deco cinemas and heritage.

National Trust President Max Kay said, Greater Perth has more Art Deco cinemas still standing than any other capital city in Australia and this book provides an important social history of the changing role of cinema in the lives of West Australians from the advent of moving pictures to the present day.

END_OF_DOCUMENT_TOKEN_TO_BE_REPLACED 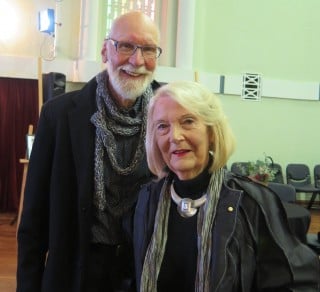