NewsSouth AustraliaTime to get busy with marmalade

The National Trust is challenging thousands of home-made and artisan marmalade makers in Australia’s suburbs and country towns to get busy in the kitchen and mark their mark in the national marmalade awards.

Last year marmalade makers responded enthusiastically to the first Australian Marmalade Awards and a chance for a winning recipe to be reproduced by Beerenberg an iconic Australian producer of jams and condiments and sold commercially.

Staged by the National Trust of South Australia in partnership with The World’s Original Marmalade Awards in England, the Australian Marmalade Awards comprise a preserve making competition and festival celebrating all things marmalade.

Since 2005, the international awards have been held at Jane Hasell-McCosh’s historic home (Dalemain Estate) in Cumbria, England, attracting huge crowds  and raising significant funds for charity.

This year an Australian,  Dr Lachlan Shackleton-Fergus from the Yarra Valley in Victoria, went on to win the top award in the 2017 World’s Original Marmalade Competition and Festival in England for his grapefruit with a ‘hint of honey’ marmalade.  As the overall supreme marmalade maker he has won a contract with the famous Fortnum & Mason store to stock his marmalade.

Australian marmalades are now officially recognised as world class. The hunt is on in this year’s Australian awards to find another Australian champion who can take on the Brits on their own turf and give us back-to-back to world titles.

We know from last year’s Australian competition that marmalade ingredients can include anything from whisky to ginger, although the purists still concentrate the traditional ingredient, Seville oranges. Last year, there was even success for a Pina Colada marmalade.

Entries for 2017 are open until 28 August, with separate categories for home cooks and artisan small producers.

The winners will be announced at the second Australian Marmalade Festival to be held in the home of Australian citrus, at Renmark in the South Australian Riverland, on Sunday 3 September.

It’s the first such festival to be held outside England, and last year attracted more than 300 people.

More information about the competition and awards 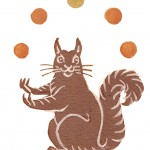