A gem in the National Trust’s network of nature reserves in the Riverland.

D B Mack Reserve comprises an area of 265ha held by the National Trust of South Australia since 1965, when the property was purchased from Mr FJ Fettke. The land was initially held by the Trust under perpetual lease but has since been converted to freehold title. Mr D B (David) Mack was District Officer for the Department of Lands during the 1960s. Mr Mack was a strong supporter of the National Trust of South Australia and was one of the instigators, in 1962, of what was originally known as the Nor’ West Bend Branch of the National Trust – before being re-named Waikerie Branch in 1985.

D B Mack reserve is a significant area of mallee vegetation in a wider regional mosaic of remnant mallee. It adjoins the extensive Stockyard Plains area managed by SA Water – an 1870 ha reserve containing a large 500 ha man-made wetland.  Saline groundwater is extracted from beneath a 50 km long section of Murray River banks and pumped to evaporate. Within D B Mack, 109 native plant species have been recorded, of which around 25% are of particular regional importance and three (Acacia lineata, Maireana pentagona and Trachymene thysanocarpa) are significant at the State level. The area is subject to a native vegetation Heritage Agreement, which provides an additional level of protection.

Visitors are welcome to take a walk through D B Mack but please remember to take adequate water and a snack as a good walk might occupy an hour or two. Please also note that no dogs are permitted.

“From the east end of the Blanchetown bridge travelling east, the entry to the reserve is 23.5km. Look for a gate off the old highway on your left. I will be a bit obscured by roadside trees. There is a rest area on the left hand side 3km before the gate, and a red and white post 2 km before the gate (which marks the actual beginning of the reserve). From the “big orange tree” at the View Pont Café near Waikerie, travel 17km and look for the gate on your right. “ The gate is locked but there is plenty of parking room. 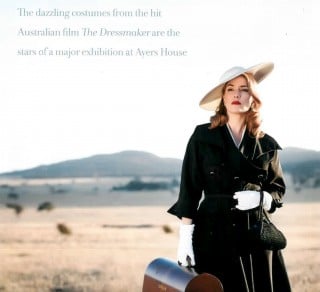