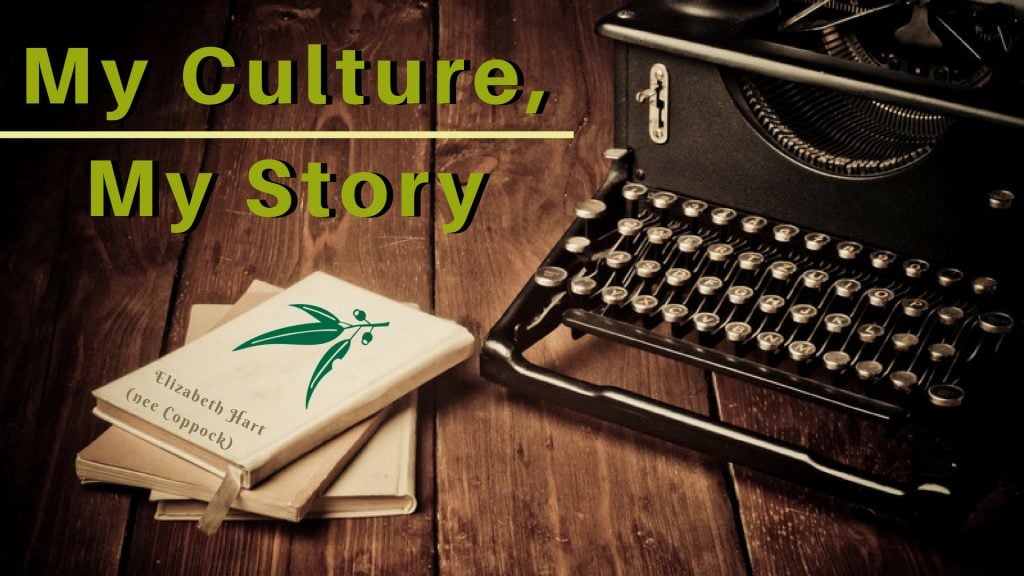 When I was born in Alice Springs on the 25th of July 1942 my father had to show identification before being allowed to see Mum and me as the hospital was under Military control.

My family lived at various mining sites in Central Australia before settling on Dad’s block, Gibeanie Station, thirty miles from Aileron on one side and Ti-Tree on the other with 500 sheep and three hundred goats. The sheep wool was for income and the goats for meat and milk.

My two brothers went to stay at Griffith’s House to attend Hartley Street School in Alice Springs while my twin younger sisters, and I were educated through the Correspondence School in Adelaide. Our teacher Miss Ellen Lee wrote on my lessons in red, “You could do better, Dear.” When I was in Grade 4 the CWA gave Mum a battery operated, two-way radio, 8William X-ray, for telegram and medical correspondence. We three girls then joined Alice Springs School of the Air with our teacher Miss Molly Ferguson.

Living on the Station were about a dozen aborigines with a few of their children and they shepherded the sheep and goats, milked the goats and fed any poddy kids and lambs. The herds had to be yarded at night to keep them safe from the dingoes. The aborigines left the station when I was about twelve so the twins and I had to look after the sheep and goats. Two of us would tend the animals, one would do school work, then two weeks of school and one week shepherding.

As children, we went to town only a couple of times a year, either the twins or myself with Mum and Dad. I can still remember Mum saying as she went into a shop, “Stand there, and don’t move.” There were no other children to play with on the station and up until I was fifteen when the occasional visitor came we kids would, ‘ Go bush.’ Mum then said it was time for me to help serve the morning or afternoon teas for the visitors. She told me to go and ask, “Does the Gentleman take milk or sugar with his tea?” I was so shy!

On the 23rd of September 1959, we shifted out to my brother’s new block, Newhaven, which was virgin country 250miles from Alice Springs. Mum and fourteen-year-old Evelyn stayed to pack up while the other twin, Margaret, and I walked the sheep and goats, brother Alex took the horses and Dad drove the truck with camp gear and yard netting.

Brother, Alan was already at Newhaven fencing a paddock for the stock. About three weeks later we arrived at our new home.

Dad died of a heart attack at 4 am on the 1st of November. Mum had heard Alex talking to the doctor over the radio and it came as a terrible shock to us all. We kids were aged 14, 17, 19 and 22. Dad was buried in Alice Springs and the boys built a hut for Mum and shifted her out to Newhaven.

At the end of January 1961, I went to town to work as a laundress at the Children’s Hostel, Griffith’s House. Mum had always put out our “Town Clothes” so on my first day off from work I couldn’t decide which of my two dresses to wear shopping. It was the first time I had ever been away from my mother. I still haven’t recovered.

After several years working in Alice Springs and Unley South Australia, I ventured further afield and went to work at a Droughtmaster stud farm at Daintree North Queensland. Ted Hart, who was a family friend from ten years beforehand, rung and told me of the available position. Ted had a farm near Atherton and prepared and presented bulls from studs at sales and shows and grew and baled hay. Ted and I met again, fell in love and were married. After five years on the farm, and two daughters later, we bought Hodgson River Station near Katherine in the Northern Territory.

We arrived at Hodgson River on the 6th of April 1973 with ten month old, Donna and almost four year old Sonya. The homestead consisted of two iron huts for the two aboriginal families, and our twelve by twenty-four foot hut which had three rooms. A campfire site was outside and water was in three forty -four gallon drums and carted from three miles away and no bathroom laundry or toilet facilities. When asked where the toilet was the previous the previous owner, Charlie, said, “What do you need a toilet for, there are plenty of trees!” The next day Ted built a long drop toilet and we never had any red- back spiders on the toilet seat!

Cooking facilities consisted of a camp oven, a few enamel plates and pannicans a wash up dish and a little hurricane lamp. Donna’s first birthday cake, a sponge, was cooked in the camp oven on the 19th May. When the Development Bank Manager came out I made patty cakes, baked custard and roast dinner all in the camp oven.

Washing was taken to the nearby creek in the car, hung on bushes until all done then taken home and dried on the barbed wire fence near the house to dry. A seven KVA Lister Diesel generator was purchased and an electrician connected power to the house and to a water pump at a deep water hole in the Hodgson River about a kilometre away. Ted also bought a secondhand wood stove and Sonya’s birthday cake and food for a ‘Switching on Power’ party was cooked on the 13th July. I loved and still miss my wood stove.

Another early priority was the construction of an airstrip and that was achieved, with help from the aborigines, using axes and shovels. A two-way radio, 8 Sierra Charlie Romeo, gave communications with VJY Post Office for telegrams, medicals, and neighbours! Later on an approved registered airstrip was built and Airmed came once a fortnight and Rural Nurses came by four wheel drives the next fortnight.We could not speak too highly of the medical services we received. The aboriginal population was usually around thirty to forty but at times rose to seventy. I was the health care agent ‘On call’ twenty-four hours a day. We had births, deaths, funerals and marriages and Christmas dinner and gifts for everyone on the place. The Salvation Army came for Easter and at various time through the year.

We arranged for a school for the children and it operated on Hodgson River Station from 1976 to 1999, when the last children went to Kormilda College for year seven and onwards, leaving four primary school children and a camp of toddlers. The school closed and the people returned to Hodgson Downs (Minyerri). I missed them as it was never “Them and Us” but just “Us All.” Many were lovely friends.

Our two daughters did their schooling through Katherine School of the Air and I was their supervisor. Sonya went on to Blackheath College in Charters Towers for years ten to twelve and Donna for years seven and eight and then years nine to eleven through Distance Education.

Ted had a stroke in 2003 but fortunately lost only some vision and short term memory. We had a cemetery at Hodgson River Station with seven graves and we had our plots picked out as we planned to stay there until we died, but God knows what we need before we do. We sold up in 2008 and I worried where we would live as I did not want to live in a street. I wanted some space. It was then I decided to to be like Abraham. God told him to take his swag and start walking and He would tell him where to stop. A fortnight later we heard about this place, eight hectares and ten kilometres from Katherine. We have been very happy here with good neighbours, family and friends and our Salvation Army family close by. We have a pet bull and cow, two dogs and some chooks.

The last couple of months, then weeks and final couple of days as Ted become frailer we had plenty of support. The Doctor came out and I was able to keep Ted here to the last. I would never have managed that at Hodgson River.

I have been able to host our Newhaven’s Biggest Morning Tea for Cancer support, join in with the Salvation Army doings, sit at their appeal tables, enter cooking in the Katherine Show and help at the National Trust. People ask me if I will move now that Ted has gone. My response is “No.” I have put my roots down and I am very happy living here. 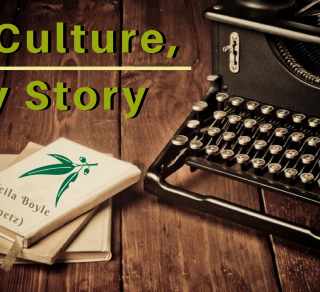 My name is Neila Boyle (Ivanetz) and I consider myself a real Territorian, having been bred and born here in Katherine.
END_OF_DOCUMENT_TOKEN_TO_BE_REPLACED
Menu