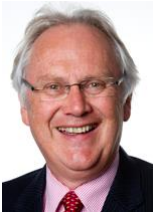 Nicholas Heyward BA (Hons) MAICD is an experienced arts administrator who has been Managing Director of the Tasmanian Symphony Orchestra since 2001.

He majored in history at the University of Tasmania and worked in the Tasmanian Archives and the Allport Library before spending seven years in a variety of management roles at the Royal Opera
House, Covent Garden, in London.

He returned to Australia to the Victoria State Opera in Melbourne and subsequently moved to Sydney as National Marketing Manager for Musica Viva Australia.

Nicholas then joined the Brisbane Biennial International Festival of Music as CEO in 1994
before becoming CEO of the Adelaide Festival.

Nicholas Heyward has been on the boards of a number of major national arts organisations.
He was chair of the Confederation of Australian International Arts Festivals and is currently chair of Symphony Services Australia. He has also served on the boards of the Australian Chamber Orchestra and the Australian Music Council. He is Chair of the Tasmanian Arts Advisory Board and was a Member of the Theatre Royal Management Board.

Nicholas, who has been a member of the National Trust wherever he has been, now lives in an 1830’s villa in Hobart. 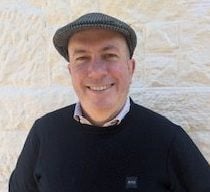 Scott Carlin has led strategic, capacity-building programs to ensure that museums and historic sites have a sustainable future through increasing their community support, allowing the sites to tell their stories more fully through dynamic public programming and introducing infrastructure to allow the sites to generate more of their own income. Scott works collaboratively to secure staff, members and volunteer engagement in programs that make a difference.

Until recently, Scott managed the Tasmanian Museum and Art Gallery (TMAG)’s historic houses (Narryna, Markree and the Private Secretary’s Cottage) and TMAG’s off-site collections at Bothwell, Queenstown and Zeehan. Scott came to the role in 2012 after a 20+ year career with the Historic Houses Trust of NSW (now Sydney Living Museums) where he managed properties such as the Mint and Hyde Park Barracks, Elizabeth Bay House, Vaucluse House, Rouse Hill House and was part of the management team at Government House, Sydney.

The beauty of Tasmania’s built and natural environment (and the synergy between them) attracts thousands of mainland Australians to Tasmania each year. Scott believes that Tasmania’s historic environment should be seen as distinctive, shaping Tasmanians’ quality of life and acting as an economic driver through tourism, tertiary education and the cultural and creative industries. Philip Mussared was appointed to the Board by the Premier in August 2017 as a Ministerial appointee under s13(1) of the National Trust Act 2006.

Philip has held senior positions in the Commonwealth, NSW and Tasmanian public sectors, most recently as CEO of the Retirement Benefits Fund.

Philip is Chair of the Tasmanian Traineeships and Apprenticeships Committee, Vice President of the Australian Risk Policy Institute, a member of the board of Hobart International Airport and an Associate Director of TFG International Pty Ltd.

Philip has a BEc (Hons) and a BA and has been recognised as a Fellow by the Australian Institute of Company Directors, CPA Australia and the Institute of Public Administration Australia.

Philip lives in Nangare, a 1904 Federation house in Sandy Bay and understands first hand both the challenges and rewards of our built heritage. 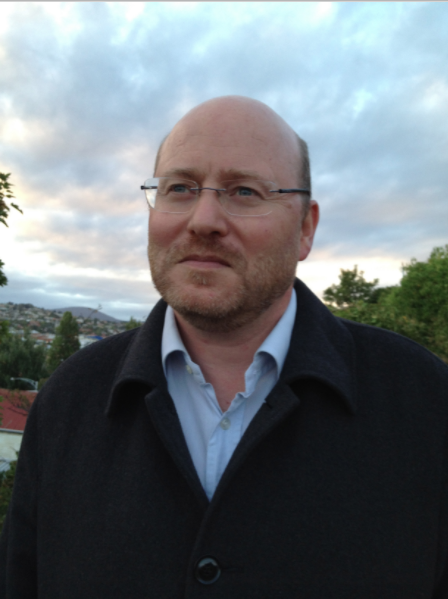 Hamish Maxwell-Stewart was born in Nigeria in 1962 and brought up in St Leonards, a suburb of Hastings, in Southern England.

His parents were passionate collectors and founding members of the Burton St Leonards Society. Their enthusiasm for the past in general, and built heritage in particular, impacted upon Hamish from a young age and he went on the study history at the University of Edinburgh, Scotland, graduating with an MA (hons) in 1987.

He subsequently embarked on a PhD also at the University of Edinburgh. Although he initially intended to research the Atlantic Slave trade he was persuaded by his supervision team to study convict transportation to Van Diemen’s Land on the basis of the quality of the data. After a research trip to Hobart in 1988 Hamish returned to Edinburgh graduating with a PhD from the Department of Economic and Social History in 1991.

In the same year he joined the Wellcome Unit for the History of Medicine, University of Glasgow. He was initially employed to design sampling systems for selecting clinical record sets for long-term research collections but was later awarded post-doctoral fellowships from the Leverhulme and Wellcome Trusts.

In 1996 he migrated to Tasmania taking up a position as Port Arthur Research Fellow at the University of Tasmania in 1998. In 2000 he was appointed to the position of Associate Lecturer in History in Launceston. He was promoted to Lecturer in 2002, Senior Lecturer in 2004 Associate Professor in 2009 and full Professor 2013. In 2010 he was a visiting Professorial Fellow in Australian Studies, University of Texas, Austin and in 2012 held the prestigious Keith Cameron Chair of Australian History, School of Archives and History, University College Dublin, Ireland.

Hamish's work uses large datasets to follow transported convicts and their descendants from cradle to grave. He enjoys inter-disciplinary research and embraces the use of new technologies to interpret the past.

He has regularly appeared on both the Australian and British editions of Who Do You Think You Are? as well as other television programs such as Coast Australia and Tony Robinson Explores Australia. His work was featured in an extensive article in the The Australian Weekend Magazine, 3-4 August, 2013. He provides regular radio interviews including Conversations with Richard Fidler: http://www.abc.net.au/radio/darwin/programs/conversations/hamish-maxwell-stewart/8630144. His many collaborations with the Hobart based mulita media company Roar Film include: Founders and Survivors Story Lines http://www.founders-storylines.com; The Voyage https://www.roarfilm.com.au/projects/the-voyage/; and Pandemonium; https://www.nationaltrust.org.au/pandemonium/. His books include Closing Hell’s Gate’s (2008) which won the Australian Historical Society, Kay Daniels award and the Margaret Scott award. He is a member of the Australian Historical Society; the Social Science History Association; the Economic History Society of Australia and New Zealand. He was also a member of the Convict Nomination Reference Group, federal Department of Environment, Water, Heritage and the Arts for the successful Australian Convict Sites Serial nomination inscribed onto the UNESCO World Heritage Register (2009–10). 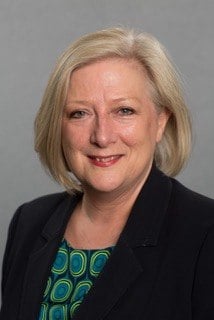 Catherine Walker was elected to the Board of the National Trust Tasmania in October 2019. She returned permanently to Longford, Tasmania in June 2014 after a career in public policy and administration with the Commonwealth Government. She has had a long interest in the National Trust’s work in Tasmania.

For over twenty-two years, she worked with the Australian aid program and held senior development roles overseas, including in Timor Leste as the Chief of Donor Coordination with the United Nations Transitional Administration and in Solomon Islands as the Development Coordinator with the Regional Assistance Mission to Solomon Islands (RAMSI).

As AusAID’s Deputy Director General of Global Programs, she served on the Executive of the Agency and led the large scale expansion of Australia’s aid program activities in Africa, the Middle East, Afghanistan and Pakistan as well as managing the Government’s humanitarian, emergencies and refugee program.

Before retiring from the Department of Foreign Affairs and Trade in 2014, she was responsible for the aid program’s work in fragile and conflict affected states and humanitarian and emergency response, including disaster risk prevention and preparedness programs. She worked closely with whole-of-government partners in the planning and management of complex emergency responses, especially in the area of civil-military cooperation. She was appointed in 2011 by the UN Secretary-General to the United Nations Advisory Group on the Central Emergency Response Fund and served as its chair from 2012–2014.

Catherine Walker received the Public Service Medal in 2011 for her work in development and humanitarian assistance.

She has been a member of the Board of UN Women Australia since 2014. 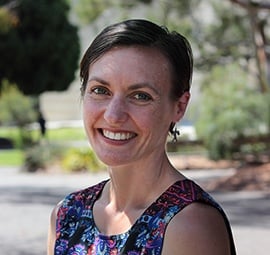 Claire Baker was appointed to the Board by the Minister for Heritage as a Non-Executive Director under s13(1) of the National Trust Act 2006 for a three-year term commencing 26 October 2020.

Claire is a communications and engagement specialist who has worked across tertiary, government and community sectors in lutruwita/Tasmania and Aotearoa/New Zealand. She works to improve engagement with socially beneficial projects, including sustainability and cultural initiatives.

Claire holds a Master of Museum and Heritage Studies from Victoria University of Wellington. Before moving to lutruwita/Tasmania, Claire managed the operations for public art galleries in Christchurch and Invercargill.
Claire has a background in social work and is passionate about social inclusion, accessibility and Indigenous empowerment.
She was previously a Board Member of Volunteering Canterbury in Christchurch.
More information about Claire’s professional background is available on LinkedIn.