This is the only surviving example of B.C.G. Burnett’s Type ‘K’ and was unusual in being of two-storey configuration.

A unique feature is the coloured compass inlay in the ground floor concrete slab. Burnett’s original plans and early photographs indicate a rainwater tank at the rear, near the laundry.

The house was damaged by Cyclone Tracy in December 1974. From about 1983 the house remained vacant and was boarded up to prevent access from itinerants until it was restored in 1988 for the National Trust. It was officially opened as the headquarters of the Trust by the Administrator, Commodore Eric Johnston, on 18 April 1989. It then became known as Burnett House, after its designer.

Devonshire Teas are held regularly on Sundays afternoon in the beautiful gardens throughout the dry season (May – September). Bookings can be made at https://www.nationaltrustntstore.com/devonshire-teas 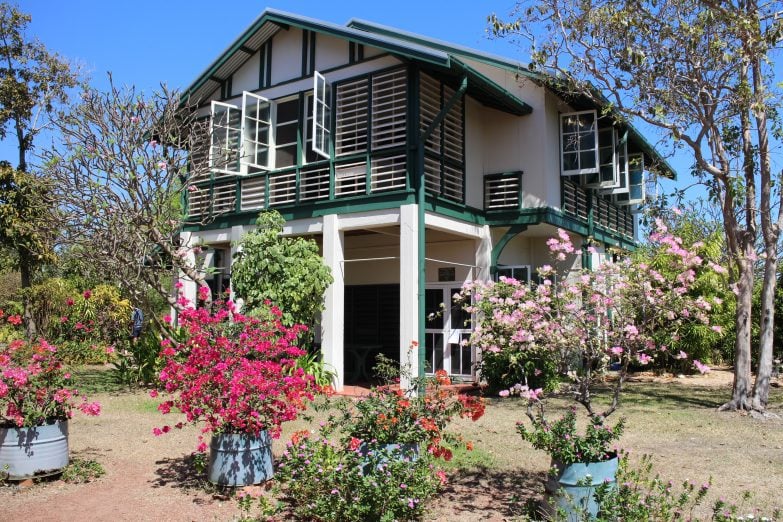