Following immense community backlash that included a strong campaign from the Trust, a 20 storey residential tower and associated height limit increases in the central portion of Barangaroo has been knocked back by the NSW Planning Minister.

In a letter to Infrastructure NSW – reported by the Herald – Roberts said key concerns with the proposal were its impact upon Hickson Park, its overshadowing of the planned Harbour Park and its obstruction of public views to and from Observatory Hill, Millers Point and the waterfront and stated “I am not satisfied that the current proposal is in the best interest of the community and I expect that there will be no significant increase in building heights or overall reduction in open space within Central Barangaroo.”

The Planning Minister has requested that Infrastructure NSW “brings forward a revised proposal that meets these expectations and appropriately responds to the other key issues raised by my department, the community and other key stakeholders.”  His letter was followed by similar sentiment from the Premier Dominic Perrottet who stated “It’s incredibly important that governments get it right – we have a once in a lifetime opportunity right now to get this right.”

The Trust’s Conservation Director David Burdon said the initial design had failed to engage sensitively with its surrounds, including Observatory Hill which has been significant since colonial times, and for millennia before that.  Speaking publicly on the announcement, David said  “The National Trust welcomes the fact that the (Planning) Minister (Anthony Roberts) has listened to the significant community concern on this important issue,  By rejecting the inappropriate initial proposal, there is now a real opportunity to ensure Sydney gets this last piece of the puzzle right.”

The decision against the modification will allow Millers Point and Observatory Hill to retain their beautiful heritage views to Sydney Harbour and beyond.  This emphatic rejection of the proposal as it stands leaves developers Infrastructure NSW and Aqualand with little choice but to radically redraw the plan, or withdraw. 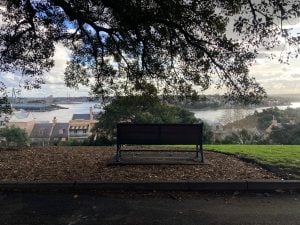 This is a win for the massive community campaign to save the Observatory Hill sightlines and the significance of Millers Point. The Trust is cautiously optimistic with the government’s stance to knock back this proposal, however, we will watch carefully to help ensure a re-design protects this area.