Sydney’s greatest asset – its wonderful harbour – is under threat. The National Trust (NSW) needs your urgent help to amplify our advocacy. We are calling on members to urgently make a submission against the proposed Central Barangaroo Concept modification.

The developer Aqualand and Infrastructure NSW has placed on public exhibition the plan for Central Barangaroo, the last piece of Barangaroo to be developed.

The National Trust (NSW) is outraged at the proposed plan, which increases building heights and floor space, and will block historic public views to and from Observatory Hill, and to parts of the Harbour Bridge.

What is the issue?

In 2007, a concept design that included three towers of 29m-34m height, was approved for Central Barangaroo, the last Barangaroo precinct to be developed.  The Concept, though approved by the NSW Government, was met with fierce opposition from the community and City of Sydney Council.

Now, 15 years later, Infrastructure NSW has lodged a Modification to the Concept Design. Rather than mitigating the impacts of the earlier concept, this Modification instead seeks to amplify the negative impacts. It proposes an increase in height from 38m to 47m across most buildings, and a 140% increase in gross floor area (from 47,688sqm to 144,355sqm). Worst of all, it proposes a 73.7m tower at the northern end that would block the historic community views from The Rocks and the harbour.

What does this mean?

The proposed concept modification would:

The proposed modification to the Concept:

As Robert Hughes noted at the National Trust Annual Heritage Lecture in 1998, “(The issue is) a question of equity as well, since the heritage of the city should belong to everyone, not be reserved for the enjoyment of the wealthy few who can afford the inevitably scarce views from the tallest buildings.

The air is common property and that’s why no one has the right to fill it with effluents. Large buildings are, in a sense, common property too: they become part of a common visual environment and to degrade that environment is, in a real sense, to undercut the civility on which all cities, including Sydney, depend.

Sydney Harbour is too valuable, too sensitive to intrusion after so many years of treating the visual environment as nothing more than a raw asset.”

What can you do?

Help the National Trust  (NSW) protect YOUR public views. We need a flood of submissions against this concept and a flood of letters to your local members.

Where to make your submission

Use this QR code to go straight to the submission page: 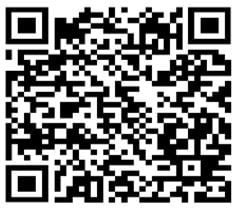 Or visit  the submission page. If you have difficulty, please contact us on advocacy@nationaltrust.com.au and we will email you detailed instructions.

Be the first to find out about our latest news, events and special offers from the National Trust NSW