We are seeking your support towards conserving some extraordinary paintings in our collection. They are the oil paintings at La Trobe’s Cottage of La Trobe’s father and grandfather.

The painting of his grandfather Benjamin La Trobe (1728-86) is by John Astley (1724-87). Benjamin came to England from Ireland as a new convert in the Moravian church. He was a scholar and teacher, and rose to be head of the fledgling British province by his extraordinary talent as a persuasive preacher, peacemaker and administrator. He had connections with people at the centre of the evangelical circle opposing slavery.

The large painting of La Trobe’s father, Christian Ignatius La Trobe (1758-1836) is by Thomas Barber (1768-1843). Christian Ignatius La Trobe followed his father into the Moravian church. He was also a musician and composer, a friend of Haydn, and was significantly influential in disseminating the European classical style of church music in Britain. He became secretary of the international Moravian church in Britain and was a promoter of its missionary activity. He was a supporter of William Wilberforce’s anti-slavery movement, but was unable to take an active part due to the church’s policy of not meddling in politics.

The two paintings were donated to the Trust by La Trobe’s grandson, Captain Charles La Trobe.

Both paintings are of excellent quality and in urgent need of restoration. The original frames in particular need extensive restoration work.

This conservation work will greatly enhance their appearance and will ensure that they are looked after into the future.

END_OF_DOCUMENT_TOKEN_TO_BE_REPLACED 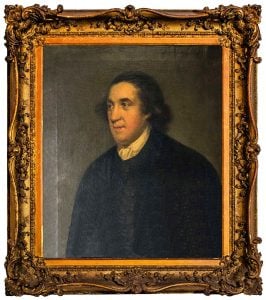 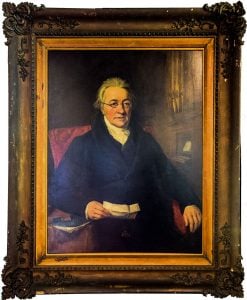 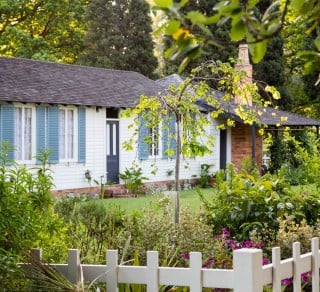