But it’s the places that aren’t being watched and that didn’t make discussions that need our urgent focus and attention. Sydney’s world heritage sites are under enormous pressure from overdevelopment, over-commercialisation and poorly thought out ‘activation.’ Developments are chipping away at their buffer zones, their settings are deteriorating and the very thing that makes them special is disappearing before our eyes.

… it is a tragedy, and an avoidable one, that a city should seem to be at war with its heritage and that preservation and regeneration should be put in opposition. The citizens of Liverpool should be on the same side as UNESCO … they have the same enemies: the shoddy and contemptuous treatment of the world heritage site, over years, both by the city’s government and private property companies.[1]

Many of Australia’s world heritage sites are likewise being treated contemptuously and are under threat. The World Heritage Committee recently reminded the Australian government of the importance of carrying out impact assessments (in relation to the Tasmanian Wilderness World Heritage site) and requested that they protect the Blue Mountains World Heritage area from activities outside its boundaries that threaten its significance.

However the threats to other Australian World Heritage sites, especially in Sydney, are going largely unnoticed. Cockatoo Island in Sydney Harbour is one of the most important heritage sites in Australia, listed for its outstanding and unique collection of physical remains, including its use as a convict gaol through to its important role in Sydney’s maritime and industrial history. It is currently the subject of a ‘Draft Vision’ that threatens to completely alter the very nature it is valued for – the Draft Vision is so focused on ‘activating’ the site for commercial uses that it destroys that which it seeks to celebrate.

Ominously, the original nomination of Old Government House in Parramatta to the World Heritage List noted that its significance may be threatened by growing urban environments and development in the property’s peripheral area and buffer zone. The nomination also noted that development in the area needed better regulation to make sure this situation improved.

Yet Parramatta is now facing alarmingly similar threats to (the now delisted) Liverpool – overdevelopment in its buffer zones and a current rezoning proposal of nearby sensitive areas to allow for greatly increased building heights will completely erode the site’s significance. The impact of these threats cannot be underestimated – like Liverpool, Parramatta is facing death by a thousand paper cuts from the cumulative impact of piecemeal development to its world heritage, state heritage and local heritage places including of course, the looming demolition of Willow Grove. 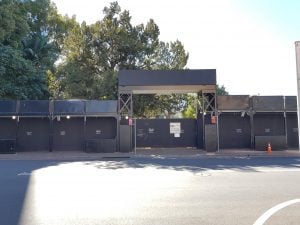 It doesn’t have to be this way – there are so many examples across the world of careful development and adaptive reuse within and around world heritage sites that Australia can use to carefully balance the revitalization of world heritage sites and surrounds. The right balance is not in conflict with heritage – quite the opposite; it enhances and showcases its heritage, recognising the benefits this brings to an area.

If Sydney’s World Heritage sites are to be protected, we need to bring a new way of approaching their re-use and a new way of managing developments that impact their setting. They should not be seen in a ‘bubble’ or as separate to the broader landscape. Urban planning has for many years now recognised the need to approach development from a precinct or area perspective, rather than just looking at an individual development.

If we can approach urban planning and even transport planning from a big picture perspective, why is it so hard to do this with heritage? Because with our heritage sites, when it’s gone, it’s gone.

[1] Rowan Moore, Liverpool’s Three Graces must be blushing with shame about their shoddy treatment. The guardian, Sunday 25 July 2021.