According to Journeys in Time 1809 – 1822, a project between Macquarie University Library and the State Library of New South Wales, Gundungurra country extended from the Blue Mountains at Hartley and Lithgow through the Burragorang and Megalong Valleys, east at least as far as the Nepean River. In the south, it extended at least as far as Goulburn and possibly to Tumut.

My family name is Riley and we are from the Burragorang clan of the Gundungurra nation. Our neighbours are the Dharug, Darkinung, Wiradjuri, Ngunawal and Thurrawal speaking peoples.

There is a songline that travels approximately 170 kilometres from the junction of the Wingecarribee and Wollondlly Rivers, ending west of Jenolan Caves. The story follows an epic battle between Burringillings (figures from the Dreaming) Gurangatch and Mirrigan. Gurrangatch, a giant eel, was chased by Mirrigan – the quoll who wanted to catch and eat Gurangatch. Their journey is what made our rivers, caves and surrounding landscape. Gurangatch made waterholes in the places where he rested along the way. These waterhole are permanent water sources and have special significance to Gundungurra people. Many of these waterholes are now submerged, of the remaining four, three will be lost with the raising of the Warragamba Dam wall.

This songline is one of the closest intact creation stories on the doorstep of a major city. 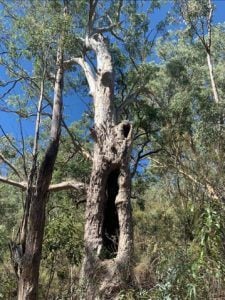 What will be lost?

Currently we really don’t know how big the inundation area will be. WaterNSW continues to change the inundation maps and have now apparently included a buffer zone, which has only made things more unclear.

At the beginning of the project, we were shown maps that indicated the river would travel two kilometres further inland than it currently does on the flats. The survey of the area only covered 25 per cent of the agreed survey area. It’s estimated that over 1,000 sites will be damaged or destroyed with the first flood.

We had four major art sites. Two were submerged when the wall was first constructed. The remaining two will be destroyed if this project goes ahead.

As well as these sites, we will lose smaller rock art sites, scar trees, camp sites, ceremonial area and burials. The loss of these areas will be huge to not only the Gundungurra people, but to all of Australia. No dating has taken place in the valley and there are no plans to do this in the near future. I personally think this is a missed opportunity for the scientific and archaeological communities to better understand my culture. The Gundungurra people lost a great deal from our cultural landscape when the dam was built, so it is important we protect what remains for future generations. 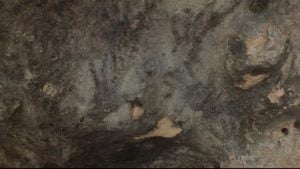 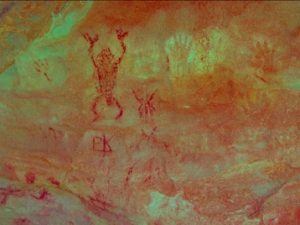 A slap in the face

There is a report, of course. The draft report for the Indigenous heritage in relation to the raising of the Warragamba Dam wall was like a slap in the face. It has completely disregarded the Gundungurra people and our culture.

At no time have we been asked about our sites, what they are or what they were used for, or the importance of them.

The report concentrates on what was seen on the ground or drawn on a rock and ignores the surrounding landscape. The report was written by a person who spent one day out of 72 in the field. Significance ratings of sites were based on interpretation of photos and site information. We feel we were shut out of the process and while some people did attend field work, their voices were not heard and our concerns were ignored.

My family has managed to continue an unbroken connection to the area, especially our family properties, since they were forced to move. Until his death, my grandfather visited on weekends with his brothers, uncles and nephews.

The Burnt Flat property was the first unconditional land grant given to an Indigenous person in New South Wales. My grandfather’s grandfather sold the property in order to move closer to the school for his children. My great grandfather and all his siblings were born on the property, and we suspect four children who died in their early years are buried there.

We still visit the property.

Gungarlook was the property they moved to in upper Burragorang – about 15 kilometres downstream. It became a Riley family home and most of the family lived there at one time or another. It is on Gungarlook waterhole, which is one of Gurangatch’s hiding places in the Dreaming.

Below the cliffs were kangaroo traps and at the top of the cliffs is another significant site linked to a story called “the leaping lady”. We maintain our connection with this property with ‘modern’ burials (ashes scattered) and visits when we can obtain permission.

We will not have access to Gungarlook and the Burnt Flat property will be flooded if the raising of the Warragamba Dam wall goes ahead.

I find it very hard to explain my connection to country as it relates to all aspects of our existence and is very complex. It is an amazing experience to stand in front of rock art and know that the people who drew it – yes their hand stencils remain today – were my family. To stand where they stood, walk where they walked thousands of years ago – is really special.

Aboriginal people learn best about their stories when they are there, on Country. I want my grandchildren to experience it.

Kazan Brown was previously interviewed by The Guardian about the raising of the Warragamba Dam wall. You can read the story here.

Kazan Brown is a Gundungurra woman and a traditional custodian of the land. Her father helped build the Warragamba Dam under duress and she now speaks out about what has been lost and what will be lost to her people and for generations to come if the Warragamba Dam wall is raised.