While many city cemeteries are well bounded, documented and known, regional and rural NSW contains a host of burial spaces that are hidden in plain sight. The National Trust’s Cemeteries Conservation Committee worked hard throughout 2022 to add five burial places to the National Trust’s Register, which will ensure the continued documentation, recording and acknowledgement that many of these cemeteries need. Here are the five cemeteries that were added to the Register in 2022.

Dromore Cemetery is located in Ivanhoe, NSW , and marks the site of one of the first commercial enterprises on Wilcannia – the Ivanhoe stock route which was notified 29 September 1877.

Consisting of a lone gravestone for William Hillier dating back to 1880, it is the earliest headstone to mark a European grave between Ivanhoe and Wilcannia, and it provides a tangible link with the early unrecorded history of the western division of the State.

The fact that a gravestone has been transported and placed on Hiller’s grave in such a remote place is a statement of the integrity and the pioneering spirit of his employer and associates who were instrumental in bringing services to the area. 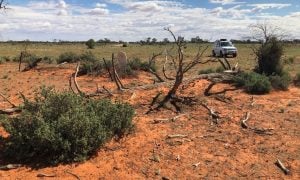 The Rankin Hotel Graves Group consists of two cemeteries, (Nelyambo and Cultowa) and the ruins of the Rankin (a.k.a. Nelyambo) Hotel close to the Darling River, in Wilcannia NSW. Both cemeteries are thought to contain the graves of families who perished during floods and associated epidemics throughout Wilcannia during the early 1890s.

The cemetery in Nelyambo features very little in the way of markers and epitaphs, with the only inscription a commemorative plaque dating from 1961 that assumes those buried at the cemetery died of the epidemic in 1891. Similar plaques are located at the Cultowa cemetery, and local burial records indicate that these graves are most likely also from the same epidemic.

These sites have been found to have historical and social value, as well as having unusual design in the Nelyambo fencing and grave marker (pictured below). 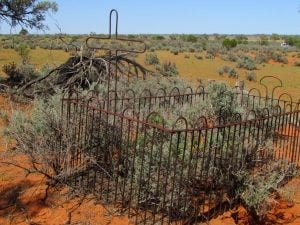 Cobar cemetery was established in 1880, and is an excellent example of a long standing and well-maintained large burial ground in an arid part of Western NSW. The cemetery sits in a relatively small pocket of suburban development west of Cobar, across a flat expanse of red soil.

The Cobar General is actually the town’s second cemetery, with the original erected approximately 1.25km south east of the current site in 1872. It remained in operation for seven years until 1879, before being used for mining activities and later redeveloped as a golf course. The 60 burials recorded at the original cemetery are thought to have remained in place underneath the golf course.

Cobar General Cemetery is a great source of local historical and social value. In 2022, it is still active, with over 5000 burial sites, and offers the largest genealogical source in the region.

The Curranyalpa site consists of two discovered graves that are  located in Tilpa, NSW (remote north-western NSW). The two graves date from the late 1800s when the Curranyalpa Station spanned 209,401 acres and was owned by founding pastoralist W H Suttor. They are indicative of early graves during the establishment of the pastoral industry throughout the region. Seven other burials are recorded throughout the decade, and it is highly probable that some are located nearby to these two discovered ones.

The burial ground has been placed on a sand hill out of the reach of floods. Isolated as it is, the remoteness of this aging and neglected site is a reminder of the unforgiving natural environment along the Darling River faced by first European settlers, in an era made famous by the Nation’s bush poets. 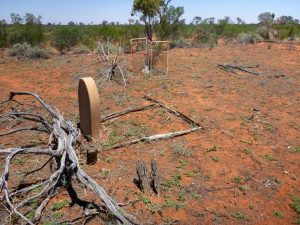 Also located in Tilpa is the Old Bunckanbe cemetery, which consists of six known graves, including one Australian War Grave site. It is named for the original Buckanbe Station, which by 1880 spanned 178,610 acres along the Darling River. The cemetery has been assessed as having historical and social value, as well as providing genealogical information about early settler families in the district. 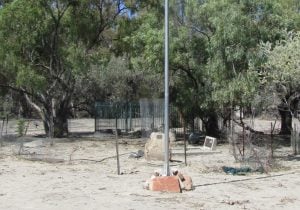 The National Trust maintains a Register of landscapes, townscapes, buildings, industrial sites, cemeteries and other items or places which we determine to have cultural significance and are worthy of conservation. While the National Trust Register has no legal force, it does have many active purposes for many people, plus a classification is regarded as an authoritative statement on the heritage significance of a place.

Find out more about the National Trust Register.

If you’d like to stay up-to-date on the latest National Trust (NSW) news, events and special offers, subscribe to our free monthly newsletter.