2022 marks the 30th year of the Salon des Refusés exhibition. We look at the story behind how it came to be, and its role in supporting Australian artists.

It’s hard to believe today, but by the beginning of the 1990s, the Archibald Prize had an image problem. Legal challenges by the Australian Journalists’ Association (they wanted the prize revoked and Archibald’s bequest to go to them) and artist Vladas Meskenas (upset that his portrait of Rene Rivkin was publicly declared “yuk” by gallery director Edmund Capon), along with scathing judgements from critics and artists alike, had the prize in trouble.

Writing in The Australian, art historian Terry Smith observed that most Archibald portraits “struggled between mediocrity and mendacity” and “that the chance of good art appearing in these constrained circumstances is extraordinarily small”. Women continued to be under-represented as both sitters and artists. Overall, the disdain for the Archibald was palpable.

But renewal was on the way. Edmund Capon, the skilled and charismatic Englishman, transformed the Art Gallery of New South Wales from a provincial art museum to one of international repute. Capon was up for the task of re-imaging the Archibald and over the next decade changed the fortunes of the nation’s most famous art prize.

The concept for a new exhibition emerged as a consequence of the Archibald’s various issues and the public’s interest in seeing the ‘rejected works’. Following discussions with S.H. Ervin Gallery and Edmund Capon, and with the trustees’ approval, the Art Gallery agreed to an alternative selection of works from those not included in the Archibald & Wynne Prizes. The Salon des Refusés, which took its name from the 1863 exhibition of rejected canvases from the French Academy’s annual Salon, was born.

Although there had been some other ‘reject’ exhibitions in the Archibald’s 70-year history, the 1992 Salon des Refusés was the first official one. In its inaugural year, the Salon presented the work of 46 artists; 22 from the Archibald and 24 from the Wynne. These included paintings by Wendy Sharpe and Margaret Woodward and a portrait of the then Foreign Minister Gareth Evans by Greg Bridges, which was also voted as the unofficial Packer’s Prize. In the Wynne selection, paintings by Emily Kngwarreye, Noel McKenna, Idris Murphy and Guy Warren were featured.

Some artists selected for the first Salon were less than thrilled being dubbed ‘the rejects’, an unfortunate moniker used in the exhibition’s early days. Anne Loxley, the S.H. Ervin Gallery’s then-director, tried to mediate the sting by reassuring artists that “prizes like [the Archibald] can be so conservative that lots of great things get missed”. Edmund Capon thought that the gallery should display all the rejected works saying that it had “created a first and second division”, however with 386 unsuccessful entrants, that was never possible.

But by 1993, the critics had warmed to the Salon, now dubbed The Rival Show. Several previous Archibald stalwarts such as Judy Cassab (also a previous Art Gallery trustee), Robert Juniper and Eric Smith were relegated to its ranks, freeing up the main prize for new faces. The Salon also developed a reputation for nurturing new talent and, in its second year, included paintings by Cressida Campbell, Nicholas Harding, Wendy Sharpe and Rodney Pople, all highly respected artists today.

“Over its 30 year history, the Salon has become an integral part of the Archibald season”

Recognising and supporting the work of artists who, although overlooked by the trustees, are able to have their work seen by the public is the raison d’être of the Salon des Refusés. Since its inception in 1992, the Salon has given over 1,500 artists a second chance for public viewing. Criteria for selection include quality, diversity, humour, experimentation and different approaches to portraiture. For those selected from the Wynne Prize, judges look for responses to the subject of landscape.

Well supported with a widening reach

In 1999 law firm Holding Redlich became the Salon’s principal sponsor and continues to support it today, for which we are eternally thankful. The Holding Redlich People’s Choice Award, which allows visitors to nominate their favourite work and reward the winning artist at the same time, is especially popular. In 2021 during the Sydney lockdown, the People’s Choice went online, allowing visitors to engage with the exhibition from home.

Over its 30 year history, the Salon has become an integral part of the Archibald season and is much anticipated by both artists and gallery-goers. The National Trust’s S.H. Ervin Gallery is pleased to have played a role in supporting and promoting the work of contemporary artists from across the country. The gallery is committed to presenting the Salon des Refusés into the future with the support of Holding Redlich and collaboration with the Art Gallery of New South Wales. Our ambition is to make the exhibition accessible to new audiences, and in recent years we have taken it to regional galleries in NSW, Victoria and South Australia. We look forward to revealing the talents of established and emerging artists to many more Australian art lovers for many more years to come. 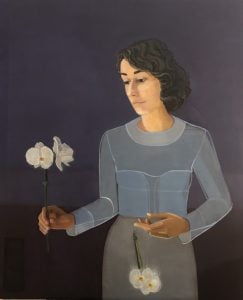 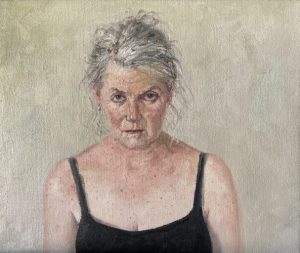 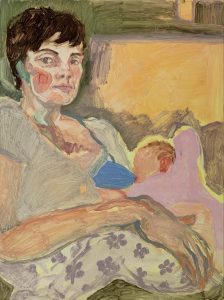 Here we still are II (Self portrait)

HOW TO BOOK YOUR TICKETS

Book via Eventbrite where possible, to guarantee a spot, unless you are redeeming a Service NSW $25 Discover voucher. You are welcome to use your voucher at this National Trust Property when you purchase your tickets upon arrival.

Presented with the assistance of the Art Gallery of New South Wales.

Want to hear more stories from the National Trust (NSW)? Subscribe to our newsletter