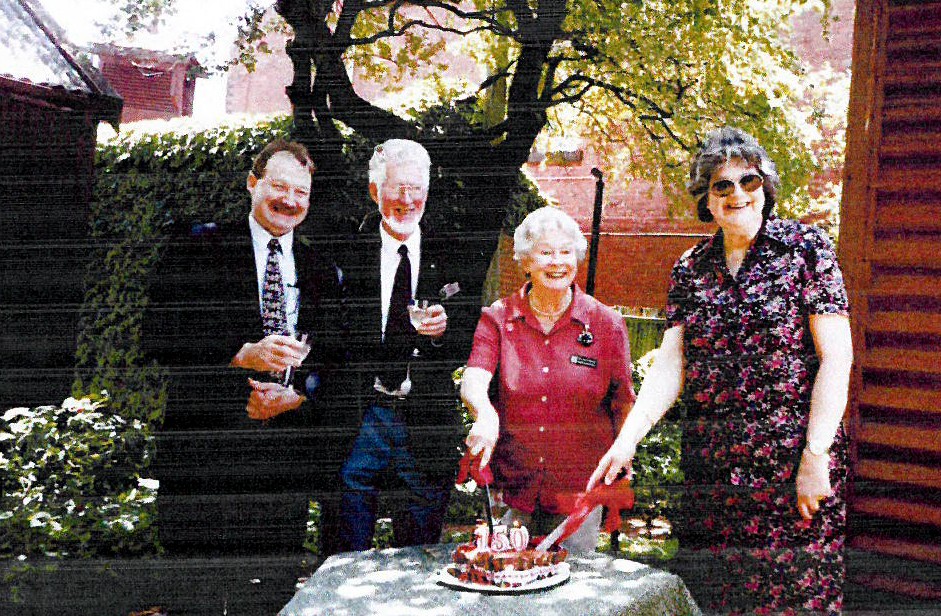 Dorothy Simpson has held many offices at the Portable Iron Houses since she started her involvement in 1979 which is ongoing.

Dorothy still volunteers and has held various roles from 1985 onward serving at the Portable Iron Houses including Chairman, Secretary and Property manager. Dorothy maintains a keen interest in engaging visitors with the story of the Portable iron Houses.

She wrote of some moments and memories that came to her.

What role has the Trust played in your life?

I came to live in Melbourne in 1958. Since the olympic Games so many of our historic buildings and streetscapes have been willfully destroyed in the name of progress.

The National Trust was the only organization to prevent further destruction and make the public aware of the importance of our heritage in our cultural life.

In 1966, I and a group of friends were exploring South Melbourne and researching some of the historic buildings including 399 South Coventry Street and the group in Patterson Place. They were demolished (except for 399 Coventry Street) soon after. We all joined the National Trust to protest as a group.

“One Open Day there wehre no visitors until late in the afternoon. A man walked in who said he’d like to look around. We tried to engage and welcome hime him with a short briefing. Shortly afterwards he said he was a freelance journalist and wanted to write an article about the Portable houses. His article is now on the wall inside the Patterson House – a full half page in The Age. Next Open Day we were inundated with visitors. It’s all about publicity.

Another day two ladies turned up to see the house where their forbears had lived – Abercrombie Cottage. Grace McEachern ahd Helen McINtosh were descendants of David and Ann Donaldson, Scottish migrants who were the first residents of Abercrombie Cottage in 1854. Their story of their early life in Australia has been compiled in an album together with a collection of photographs found in the ceiling when the cottage was brought to the site in 1980. This has enabled us to enlarge our understanding of life in early Melbourne.

Who do you remember fondly?

Wilma Farrow conducted several success walks for us and dressed up as famous characters including Robert Hoddle, Caroline Chisholm and Elizabeth Donaldson. She helped to keep us solvent and since then we have kept within our budget.

What were your greatest achievements?

With considerable help from the happy baand of vvolunteers and their various skills: – gardening, catering and social skills too. We raised enough money to keep the Houses “in the black”. Our Basket luncheons with interesting speakers were enormously enjoyable.

Later I devised three walks around South Melbourne covering Tent City, Mansions and Gardens, Lanes and Byways ending with a hearty afternoon tea. All the catering was generously donated by the enthusiastic and dedicated volunteers. So it was all profit. 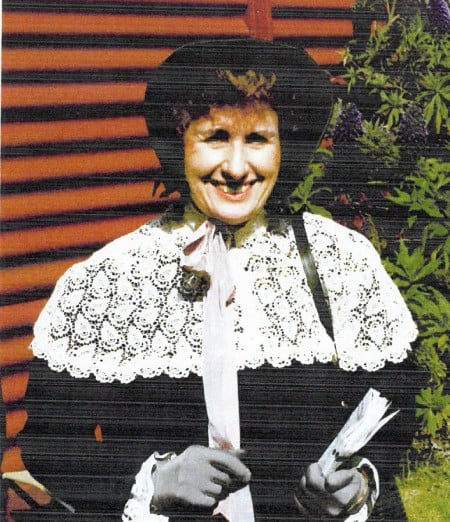 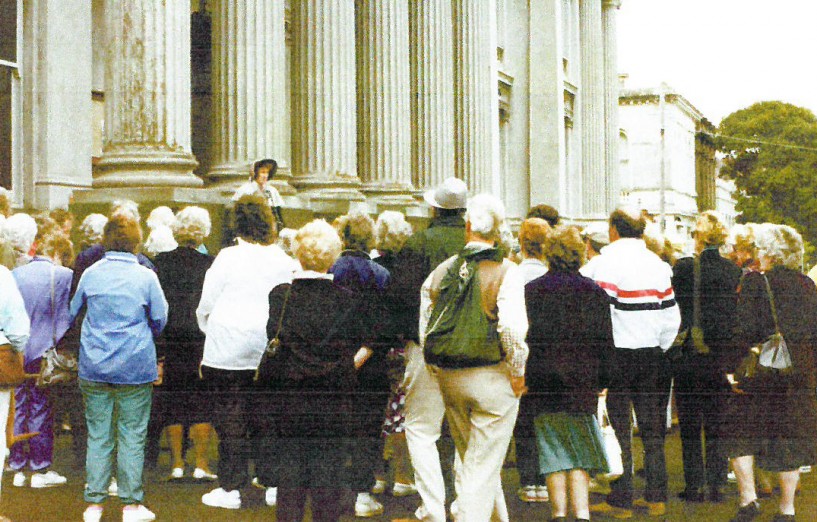 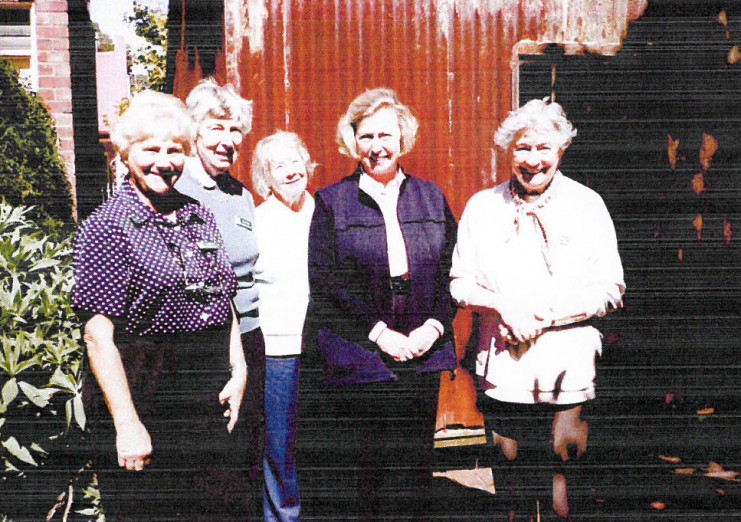 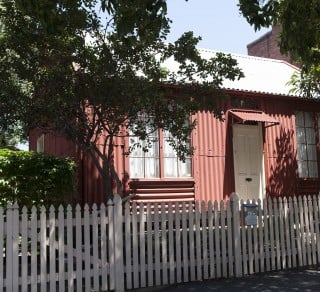