A bridge for the future. Undalya’s amazing single span iron bridge across the Wakefield River in the Clare Valley is 140 years old. This masterful piece of Victorian era engineering is in need of care and conservation to ensure it remains intact and useable in the future.

Undalya, is a small settlement in the Clare Valley.  Its name, meaning water holes, is taken from the local Ngadjuri people who occupied the area at the time of European colonisation.  Explorer Edward John Eyre camped there during one of his expeditions into the interior.

Being an early thriving township, Undalya consisted of the usual business houses and hotels, with the first local post office opening in 1848. Before the two churches were built or the one at Penwortham, a local property occupier, a JP, conducted a wedding in the property Head Station front room.

The area was at its busiest in the 1850s and 1860s with steady traffic between the Burra copper mines and Port Wakefield and later the migration of miners from Burra to the new copper mines at Moonta.  Local property owners and those transversing on the Great Northern Road opening up country to the north, needed to take produce to market and get supplies.The need for a bridge across the sometimes heavily swollen Wakefield River was apparent from the earliest days of the mining boom. The first bridge of 1855 was built by Auburn stonemasons, Meller and Scott.  One of the most impressive bridges in the State followed, this current bridge, affectionately known as “the basket bridge”, built in 1879.

In later years, Undalya was the site of a large-scale wool scouring operation begun by George Henry Michell in 1870, an emigrant from Cornwall. The enterprise established by G.H. Michell, now working on an international scale, is still successfully operated by the Michell family out of Adelaide.

Today, Undalya is a sleepy shadow of its former industrious past. The bridge is a local icon, but one in need of care and conservation.  In March, an exhibition by artists Suzanne Laslett and James Parker highlighted the unique character and fond associations of the bridge for many people.

The National Trust of South Australia has agreed to undertake a public fundraising appeal to support the conservation of the Undalya Bridge so it doesn’t fall further into disrepair.  An initial awareness event was held at the bridge in March with a long table dinner attended by more than 150 people. A raffle for the support of conservation of the bridge raised $1000 to kick start the public campaign.

On your way through to Auburn and Clare, take the opportunity to stop by and pay your respects to one of South Australia’s most remarkable nineteenth century bridges.

END_OF_DOCUMENT_TOKEN_TO_BE_REPLACED 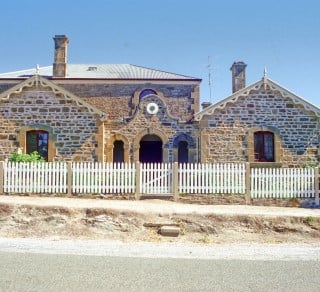 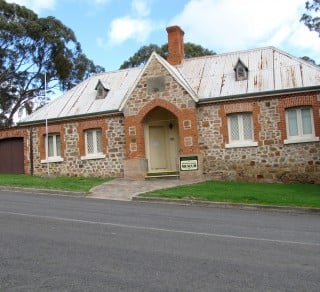