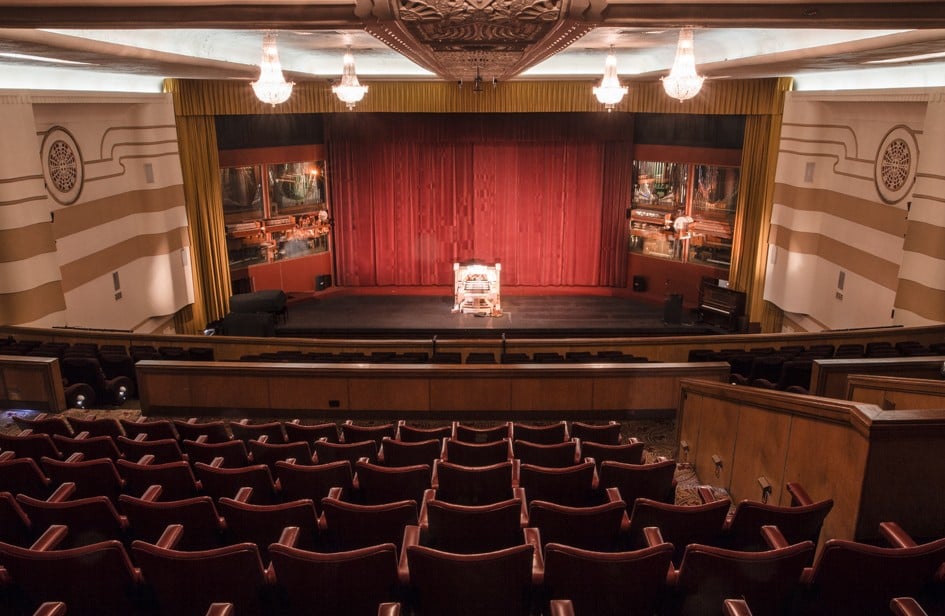 The Capri Theatre is an iconic South Australian venue which was added to the State Heritage list in 1991. Originally opened in 1941 as the Goodwood Star Theatre and later purchased by the Theatre Organ Society of Australia (TOSA) in 1978, an independent not-for-profit cinema run by a network of generous volunteers. TOSA have gradually renovated and restored much of the theatre to its 1941 Art-deco/Moderne style, and now plan to paint the exterior in 2016 for the 75th anniversary.

Whilst the Capri generates sufficient revenue to remain open and perform necessary maintenance works, there is not enough to invest back in to the restoration of the building. The exterior of the building has not been painted in more than 25 years and the previous paintwork is peeling badly, leaving the building susceptible to the weather conditions. Next year is the 75th anniversary of the opening of the Capri and it is our aim to have the old girl looking her best for her birthday. To do this, we’ll need to raise $60,000. In order to achieve this, we need the support of the local community.

Next year is the 75th anniversary of the opening of the Capri and with your help it is our aim to have the old girl looking her best for her birthday.