The Barwon Park Shearing Shed is located to the north-west of the homestead. It is a timber-framed and clad building with a main gable roof and a skillion wing on the west side clad in corrugated galvanised iron. The building was constructed in circa 1920 and dates from the Batson era after the earlier 1870s bluestone Wool Shed was subdivided from the property. The building is a significant outbuilding on the property demonstrating the later workings of the farm by the Batson’s. It is intact from its original construction and also contains original shearing machinery and tools from its use since the 1920s, including a Wool Press.

In 2017 the building was identified as being at risk from loss due to the condition of the roof, which was allowing water into the building and causing deterioration of the interior floor and features.

In June 2018 the National Trust Foundation agreed to provide $11,000 towards a first round of works to stabilise the building. Dorothy and Will Bailey also provided a donation to help fund these initial works.

Photograph of the building prior to works being undertaken: While the urgent works stopped water ingress, further works were required to repair the openings and interior to make it available for use and activation. As a result $16,000 of the National Trust Conservation Works Living Heritage Grant was directed towards undertaking these completion works and in February 2020 Matt Jeffery undertook the works including: 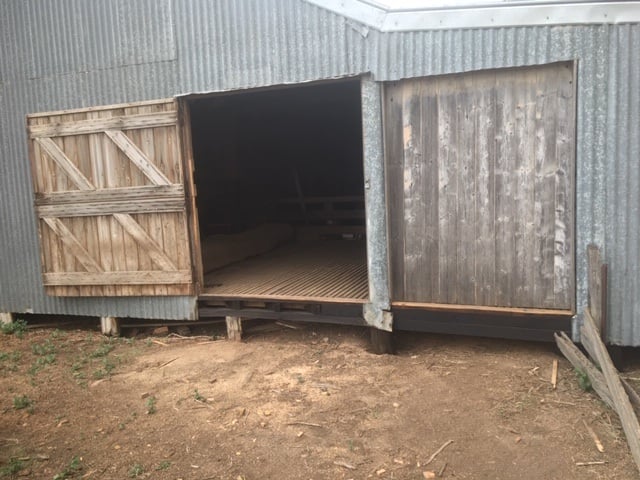 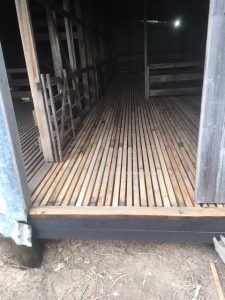