Dr. Will Twycross is a descendant of the Burrell family who lived at the Arthur's Seat homestead for over eighty years.

Dr. Twycross had a vision for a gallery to show his family heritage on the Mornington Peninsula and generously built the Twycross Burrell Gallery in 2009.

My involvement with the Trust

I have been involved in, and financed the construction of two galleries .. one celebrating the 75 year history of the Burrell family’s ownership of the McCrae Homestead, and the other celebrating the ceramic art of Klytie Pate at Beleura.
I have also been involved in an exhibition at Tasma Terrace of the photography of John Twycross, my grandfather.

My ancestors, the Burrell family, emigrated from England in 1849 with ten children. They took over the lease of the Arthur’s Seat cattle run (The McCrae Homestead) in 1851, had two more children there, and stayed there until 1927.

Charlotte Burrell, one of the ten Burrell children who emigrated to live at Arthur’s Seat married John Twycross at the homestead in 1870. She and her husband purchased a very large collection of fine art at the Melbourne International Exhibition and the Melbourne Centennial Exhibition. The collection has recently been donated by the family to Museum Victoria as “The John Twycross Melbourne International Exhibitions Collection”, forging an interesting link between the very early years of the McCrae Homestead and Museum Victoria, which was being established around the same time.

In 2014/15, working with Tony Knight and his team at Beleura, I financed the construction of a small gallery appended to the gatehouse which tells the story of my godmother, Klytie Pate, one of the founders of Australian Studio Pottery. Klytie was raised by her aunt and uncle, Christian and Napier Waller, and the Waller’s friendship with John Tallis saw him become a collector of her work, which has long adorned Beleura. Anthony has recently worked to extend the Beleura collection of Pate’s work, and designed the beautiful “Klytie Pate Treasury”.

The photographs my grandfather took of the family, as well as primary sources and the large “Burrell Collection” from the homestead meant that their 76 year story in the occupation and survival of the homestead could be told in some detail. In 2005, wishing to have the connection between the Burrells and the homestead re-established, I worked with Tony Lee to establish an exhibition of my grandfather’s photography at Tasma.

Working with David Lancashire Designs, we then designed the new “Burrell-Twycross Gallery”, which our family financed together with new toilets, kitchen and reception to completely renew the McCrae Visitors Centre. Many trust staff were intimately involved in the fit-out and interpretation phase of the project, which was opened in 2010. The audio-visual series, “Visions of Port Philip”, a thirteen “chapter” record of the Burrell years developed with Lavender Hill Multimedia (Keith White) won the Victorian Community History Award in 2010.

I recall the reaction when Trust staff saw the my grandfather’s hundred year old photographs of the Burrell family at the McCrae homestead for the first time, and then realised that there was a huge family collection which went with those images. They were amazed that all those things had been kept safely in the family for five generations.
The openings of the Burrell-Twycross Gallery and the Klytie Pate Treasury were also very memorable. There is nothing quite like the day the efforts of many people come into fruition and are put on display for the first time, especially if they involve great designers like Tony Knight and David Lancashire. 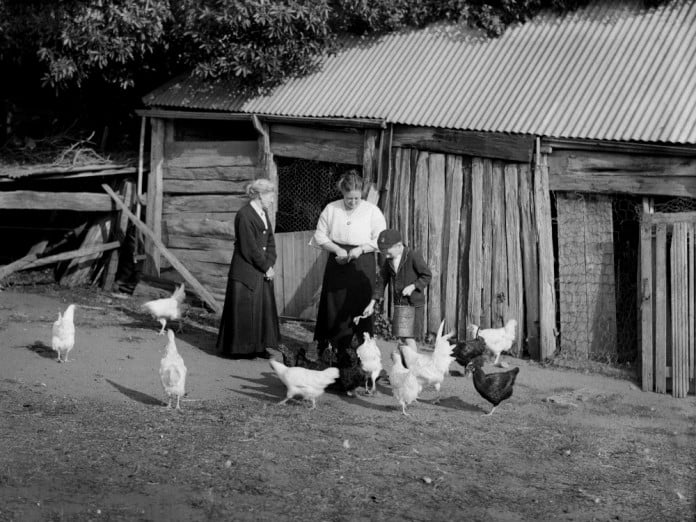 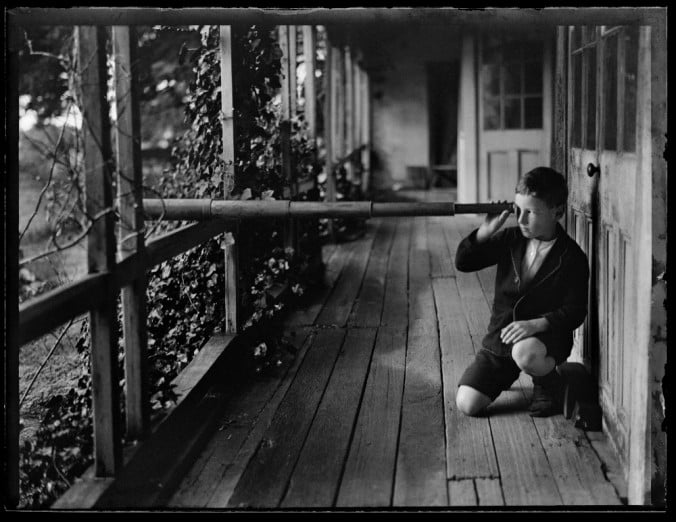 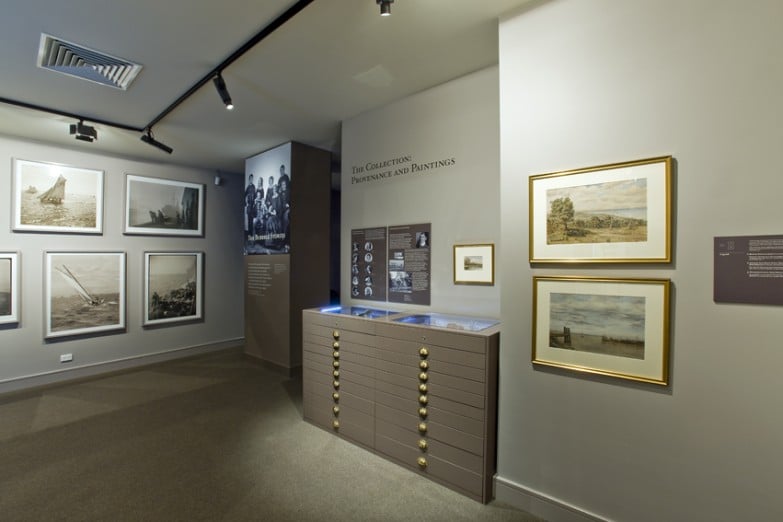 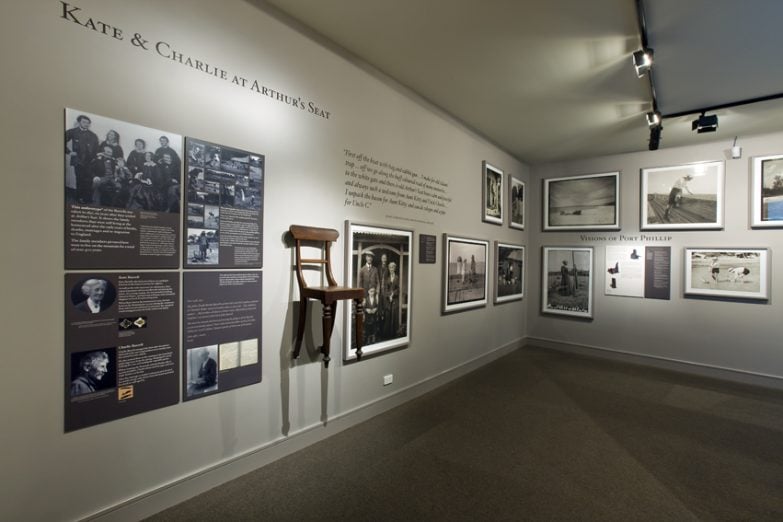 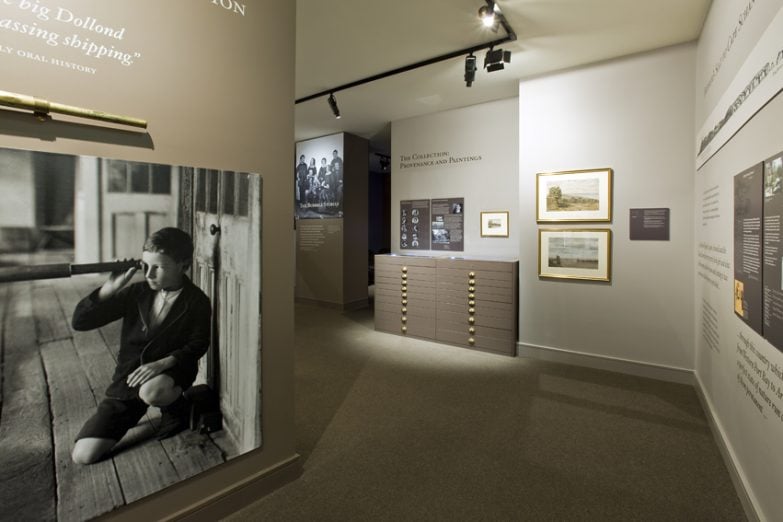 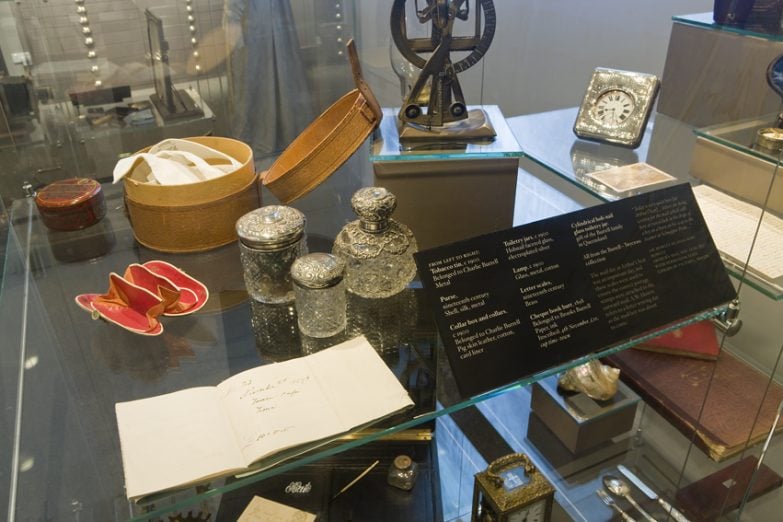 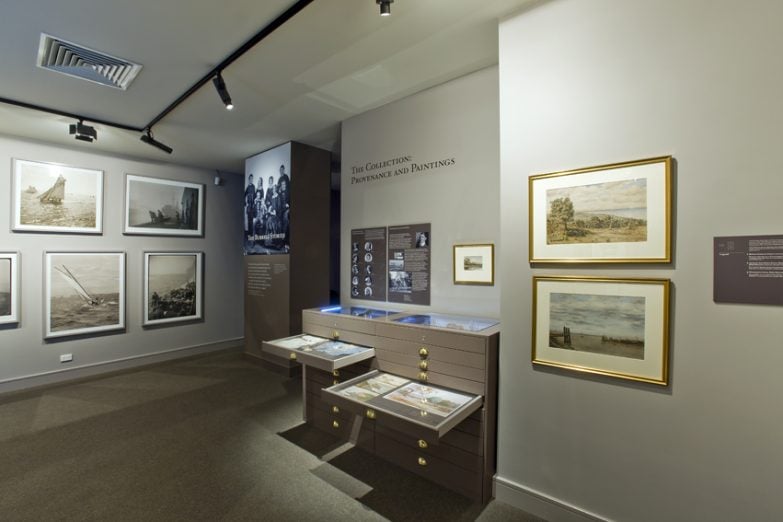 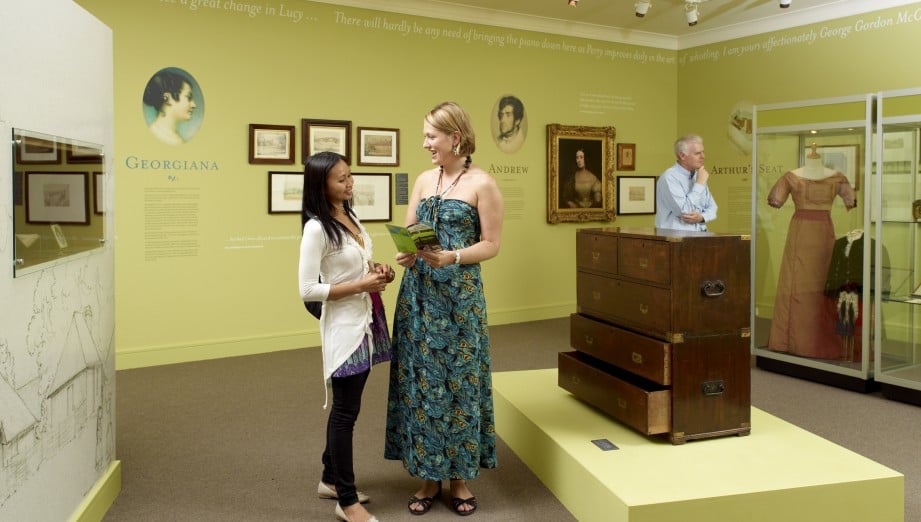 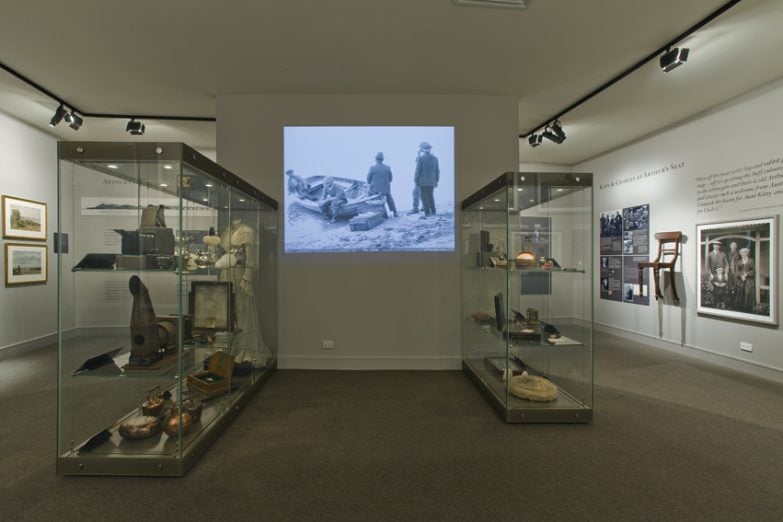 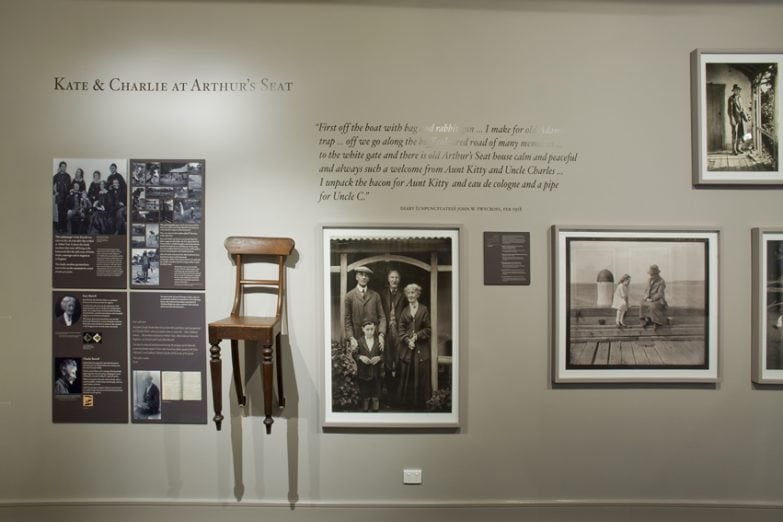 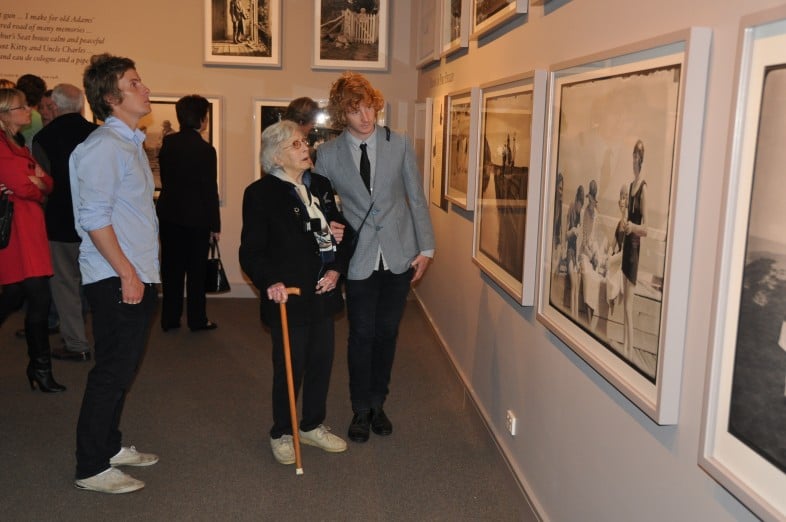 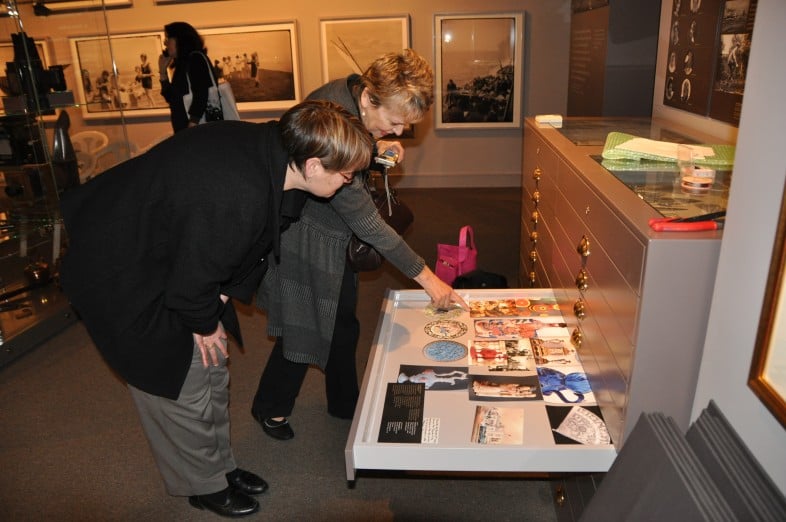 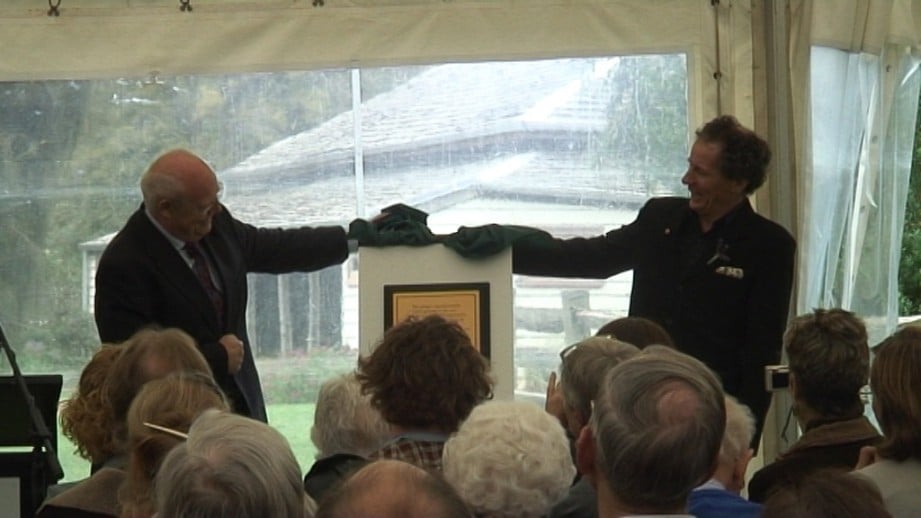