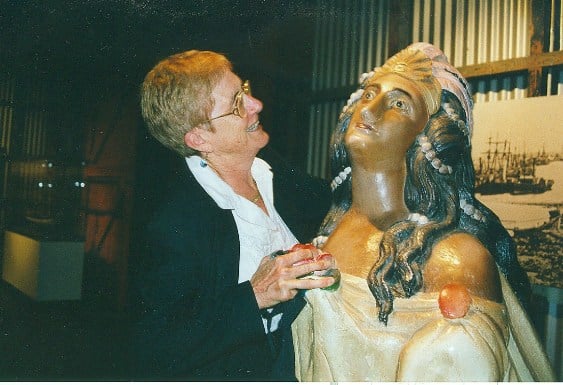 Ann Gibson has been a teacher, volunteer coordinator, part of the conservation team and worked at the tall ship Polly Woodside over a long career. This is her story.

My involvement with the Trust & its role in my life

The Trust has played an enormous role in my life as they were my employer from February 1985 until my retirement in August 2013. Starting as a replacement in the Polly Woodside office for a month, I stayed on as Education Officer and Volunteer Coordinator until the building of the Melbourne Exhibition Centre forced the closure of the site in 2006. The next eight years were spent on the top floor at Tasma Terrace as Information Officer for the Conservation Department.

The people that I met

My time with the Trust also brought me into contact with thousands of visitors to Polly Woodside. I met people from all over Australia & the world who came to see this amazing piece of 19th century technology that was saved from oblivion by the foresight of the Trust. As well as talking to countless groups of school children about the ship and her life, I also met a number of family members of her original owners – the Woodside family; descendants & men who sailed aboard her when she was the New Zealand barque, Rona, and sailors who had served aboard some of the famous tall ships of the thirties and forties.  There was also an unexpected kiss from Geoffrey Hughes – Onslow in the TV sitcom ‘Keeping up Appearances’ and the glimpse one day of the easily recognisable figure of Rumpole of the Bailey, Leo McKern, enjoying the museum exhibits. I was lucky indeed.

Why has the Trust been important to me

The Trust has been important to me as it gave me a twenty eight year career which was fulfilling, fascinating & fun.

No day was ever the same and I felt extremely lucky to be part of an organisation which gave me so much interest and pleasure as well as a role in helping to preserve our heritage.

My experience was certainly varied, from tour guiding and museum displays to writing a history of the Polly Woodside; managing volunteer & school visit rosters to learning the language of the sea; trying – unsuccessfully -to work out how to tie knots or use a sextant to playing at being a pirate.

My first year with the Trust was a foretaste of things to come with the magic of the staging of HMS Pinafore aboard ship in February and the celebration of the Polly Woodside’s 100th year in November. On the 7th November – the anniversary of her launch in Belfast – Polly Woodside left Duke’s & Orr’s Dock and was towed across the river to the World Trade Centre. A short but exciting voyage and I was lucky enough to be on board when the returned to her dock a week later. The closest I will ever come to sailing on a real Cape Horner! Three years later the ship was awarded the prestigious World Ship Trust medal for excellence of restoration and this celebration was another important milestone in the ship’s and my Trust story.

Changes at the Melbourne Maritime Museum

On consideration perhaps the most constant themes in my Trust life were moving and tidying. With the development of the Melbourne Exhibition Centre, & later the Congress Centre, the original area that surrounded the ship underwent a complete transformation.  I lived and worked through this change from an oasis of lawn and trees in an industrial landscape to the tourist and shopping precinct that is South Wharf today. We moved the maritime museum collection, the office, the library, the gardens, and the workshop time and time again. No sooner settled in than word would come down that there was to be yet another re-configuration of the site.  It was both challenging, exciting and at times heart breaking with the 2006 closure spelling the end for me of a very special era.

However, it was not the end of tidying and moving as I found a very different but equally interesting and rewarding challenge amongst the conservation files at Tasma Terrace. Collected since the beginning of the Trust in 1956, these files on buildings, landscapes, trees, public art, gardens and Trust properties are the backbone of the conservation teams’ work. For the next six years, with a small group of loyal volunteers, much of my time was spent ensuring that these files were safely housed, organised and even more importantly were able to be found when needed.

The Trust was established to protect and preserve heritage and throughout its history its main asset has always been the people who have worked and volunteered for the organisation over the past sixty years.  I felt myself to have been extremely lucky as my time with the Trust brought me into contact with many wonderful people and I got to know some of the dedicated staff and volunteers who gave – and still give – their time and passion to support the Trust to achieve its mission.  Almost all my maritime knowledge came from some of these hard working people who were never too busy to explain what was what to a landlubber. Every volunteer and staff member with whom I came in contact contributed in their own special way to making my time with the Trust such a special part of my life.

What do you feel are the Trust’s most significant achievements?

The foresight of the Trust’s founders who saw Victoria’s colonial heritage disappearing under the tidal wave of development and determined to do something about its preservation.  Their dedication and passion is the legacy from which the Trust’s has grown & developed over the past 60 years. The achievements seen today are a result of this on-going commitment by those who work for the Trust in both paid & volunteer roles. 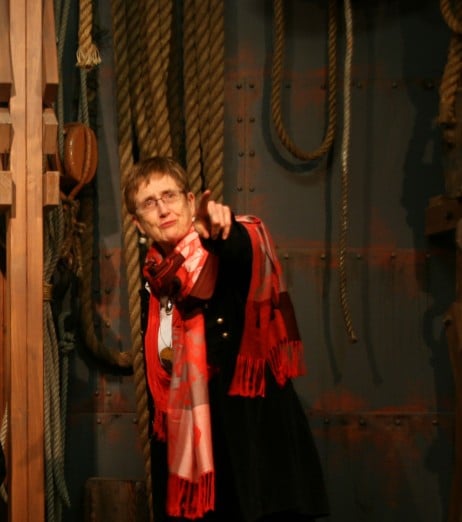 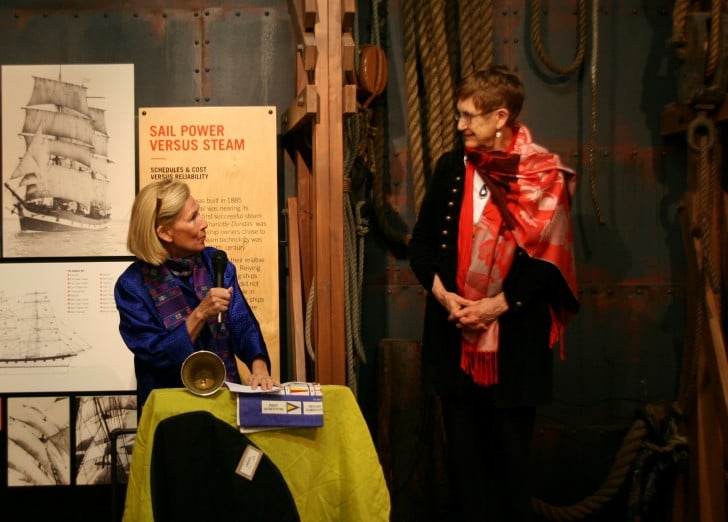 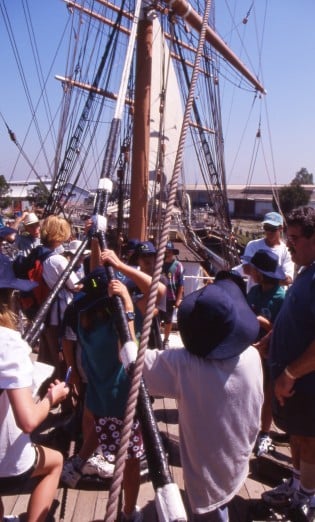 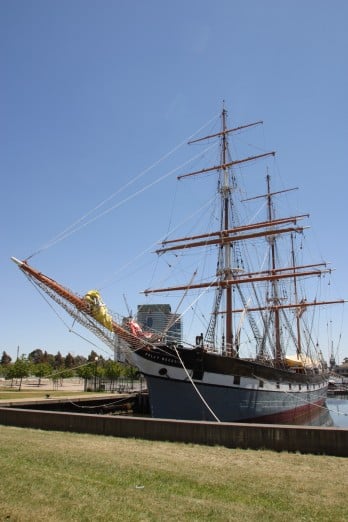 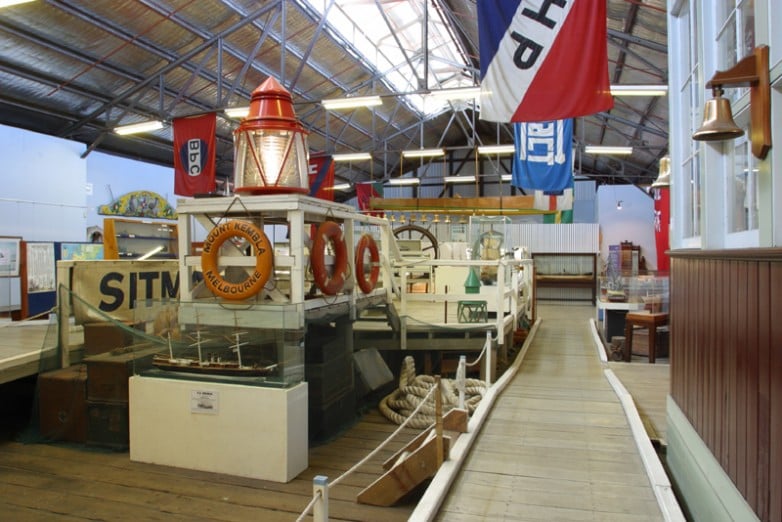 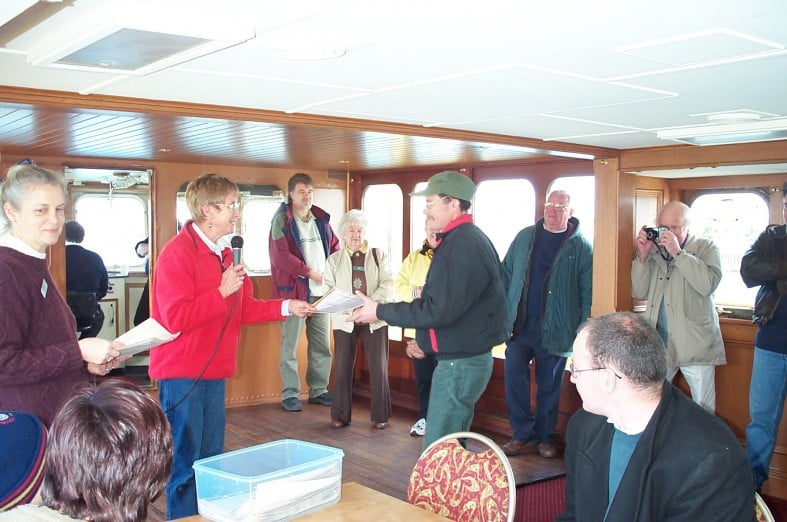