The National Trust believes that the former Anzac Hill High School must be retained because of its incredible historical importance in Central Australia.

The old school was entered on the National Trust’s Register of Significant Places on 8 June 1999. The Statement of Significance in the Register reads:

The Register of Significant Places records sites of heritage throughout the Northern Territory but does not provide any legal protections against destroying the building.

There is no reason why these buildings should be demolished. Instead, they should be put to good use for the benefit of the whole town. There could be a range of uses for the buildings, from community groups to the School of the Air, to international student accommodation. Before seeking a tender to demolish the site, it would be better to seek expressions of interest from people who might want to use it.

A National Trust member inspected the site on 20 and 21 March 2019 and said all the buildings are still in very sound condition through the excellent design and construction of the 1950s. There was almost no vandalism around the complex, including seats in the playground, and the grounds are relatively tidy. The windows have been boarded up for safety.

The National Trust has fought successful campaigns in preserving Hartley Street School (the Save Our School – ‘SOS’ battle) and the former Alice Springs Prison (now the National Pioneer Women’s Hall of Fame).

History of the School

Owing to overcrowding in the Hartley Street School, plans were drawn up in 1949 for an additional school, to be called ‘The Alice Springs Higher Primary School’. It was to be the biggest construction job undertaken in Alice Springs and initially a builder could not be found. Eventually, James Richards and son from Darwin took on the contract in 1951. The bricks were made by Harold Liddle, a member of a well-known Aboriginal family. Later James Richards was also the contractor for the Riverside Hotel and the John Flynn Memorial Church. He was tragically killed during the construction of the church.

The school building was completed in 1953 and students moved up the road from Hartley Street School at the beginning of 1954. It was officially opened by Hon. Paul Hasluck, Minister for Territories on 3rd December 1954. Paul Hasluck was appointed the Australian Governor-General in 1969 and in September of that year he visited the school again.

While remaining the Alice Springs Higher Primary School, it was the home of the School of the Air from 1954 to 1968, an institution that soon became well known throughout the world. Almost from its beginning, the school also offered Adult Education classes.

Through the 1960s the town grew considerably and in 1973, a new high school was opened in the suburb of Gillen. The old school then became the Adult Education Centre and two years later, the Community College of Central Australia.

In the 1980s the Community College transferred to the Sadadeen area of the town and in 1987, the former school became a high school again. It was called the Anzac Hill High School. Due to declining student numbers, it closed its doors in 2010 and in the following years it became a youth hub, then the centre for the Clontarf Foundation and the St Josephs Flexible Learning Centre.

Over the years the buildings have had some other notable uses including an emergency centre for people evacuating Darwin after Cyclone Tracy; the studio for the first FM community radio station in Central Australia; the first hearings on Land Rights claims in Central Australia were held in the school; the Centre for Appropriate Technology initially operated from here and over the years the school has been used for many displays and exhibitions.

28 years ago an assembly hall and library were opened by Len Kittle OAM, a prominent local citizen, as an important addition to the school.

The National Trust would like to thank local historian Alex Nelson for much of the information contained here. 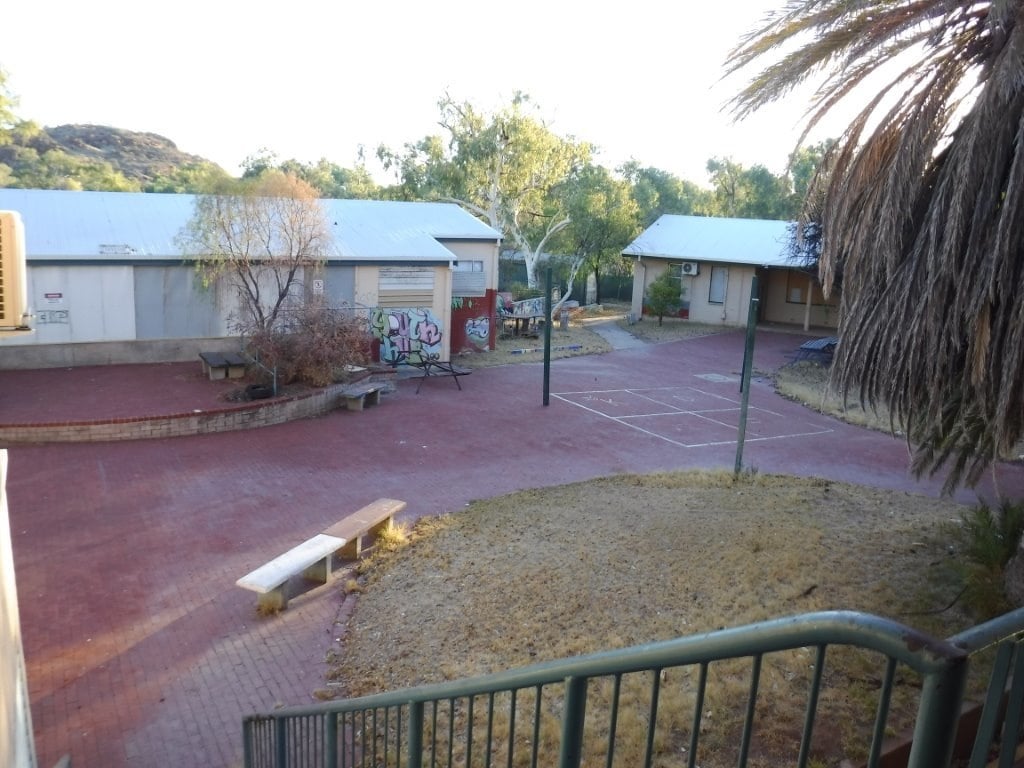 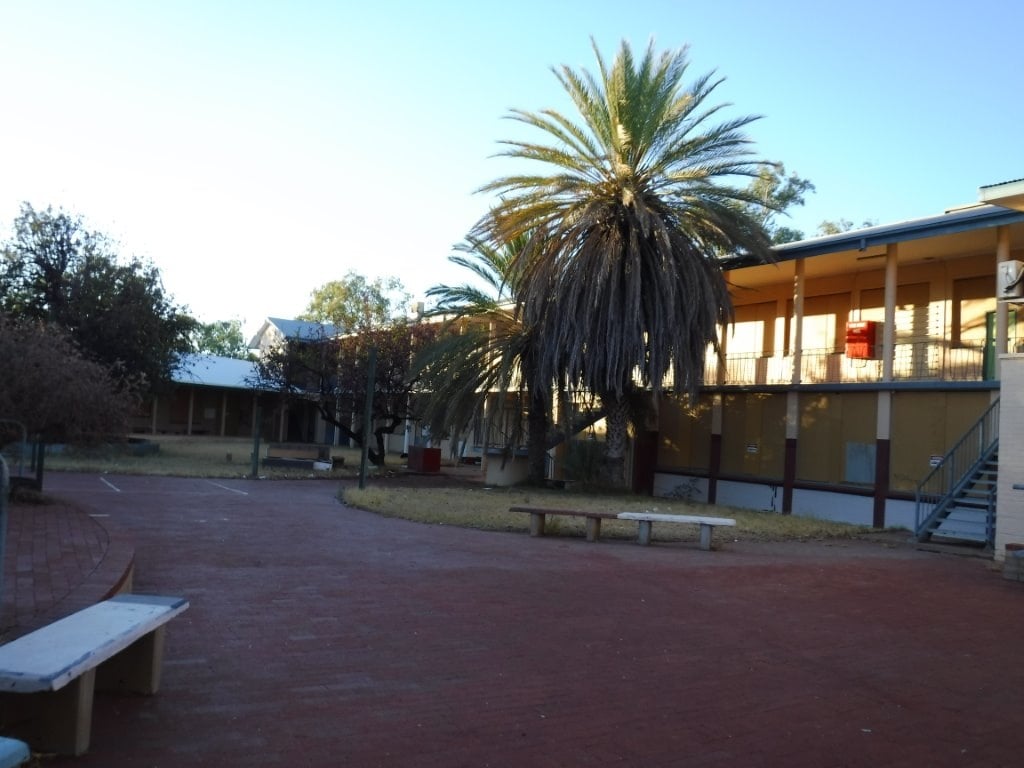