The National Trust of Australia (WA) and collector John Dowson have partnered to make available a printed limited edition copy of the 1915 Western Mail War Souvenir as part of the centenary of the publication and WWI.

National Trust Chair the Hon Michael Murray AM QC said the publication reflects the first year of Australia’s participation in WWI and includes an outstanding collection of images, commentary from leading identities and surprising advertisements produced for the1915 souvenir Christmas edition.

“The content presents extraordinary detail about the Western Australians who served including rare scenes prior to leaving Australia at Black Boy Hill, Perth and Fremantle Harbour and in combat in Gallipoli,” Mr Murray said.

“There are also poems and stories which provide a sensitive glimpse into the pressures on families and the National Trust sees value in making accessible a publication like this to the community because so many families were impacted by the WWI,” he said.

Collector John Dowson said this particular period was one of the darkest in Western Australia’s history, as the reality of heavy casualties started to hit home after Gallipoli.

“Professor Walter Murdoch writes an article “What We Are Fighting For”, Dr J S Battye under the pseudonym ‘Historicus’ discusses the year of fighting, Roberta Jull (the first woman to practise medicine in Perth) writes about “Women and War”,” Mr Dowson said.

Purchased at auction by John, this edition of The Western Mail was a highly significant Western Australian weekly magazine that ran for 70 years from 1885 until 1955.

“I have been an Australiana collector for decades and the early magazines of The Western Mail are extremely hard to find,” Mr Dowson said.

Mr Dowson said it was no easy task making the full size replica, despite access to 2015 scanning and printing technology.

“It took a lot of precision and the end result is a very faithful copy of a rare item,” he said.

The 1915 Western Mail War Souvenir is available from the National Trust of Australia (WA) for $23.50 (including postage). 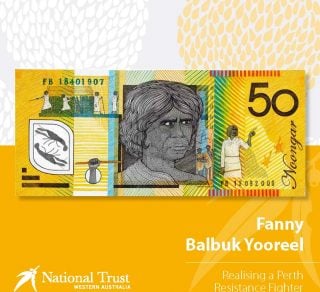 Edited by Gina Pickering, this publication provides an overview of the Fanny Balbuk Yooreel project that marked the
END_OF_DOCUMENT_TOKEN_TO_BE_REPLACED 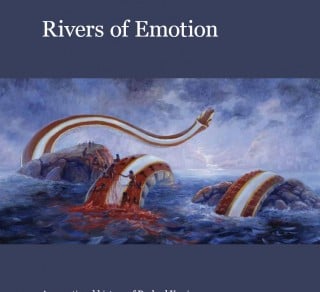 Edited by Susan Broomhall and Gina Pickering. An emotional history of the Swan and Canning Rivers is supported through
END_OF_DOCUMENT_TOKEN_TO_BE_REPLACED
Menu