The Telegraph station was officially opened on August 13, 1860 and the Post office built in 1876.

The Post Office was built in 1876 as the ‘post office’, a term which by this time embraced both letters and telegrams. When the telephone came to Penola in 1908, it too was included in this building. The new post office replaced it in 1963.

Both buildings were purchased by the National Trust of South Australia in 1972 and have had various uses since then. They are presently both leased, the telegraph station as a private residence and the post office as Jill’s Vintage, previously in Wilson Cottage, Petticoat Lane, selling vintage clothing, accessories and bric-a-brac. Also, crochet items by local textile artist, Trevor Smith.

Opening hours: 10am – 4pm Thursday to Sunday or by appointment. 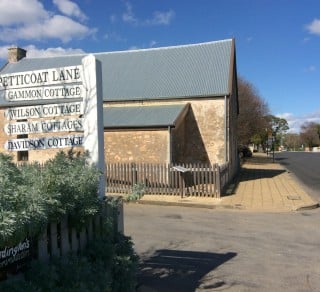 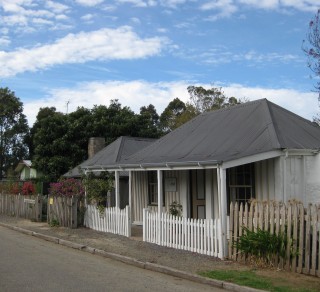 Built early in 1850 of blackwood slabs and a bark roof out of timber from the banks of a nearby swamp.
END_OF_DOCUMENT_TOKEN_TO_BE_REPLACED 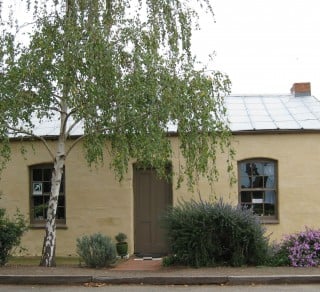 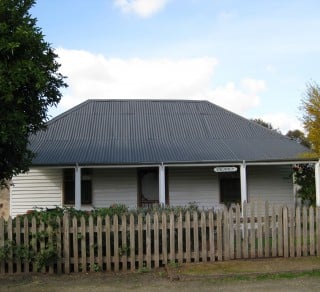 Davidson Cottage built in 1861 by Peter Davidson and his son John with pit-sawn timber.
END_OF_DOCUMENT_TOKEN_TO_BE_REPLACED 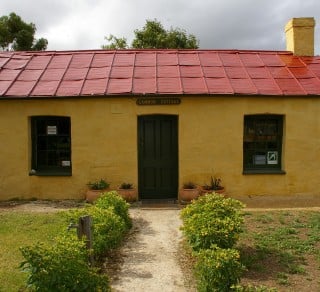