The recipients for this year’s Margaret Feilman Medal were announced on Wednesday night at the National Trust’s Annual General Meeting, in front of our members.

We congratulate Dr Robyn Taylor and Judy Williams and thank them for their enormous contributions to the protection of and access to Western Australia’s heritage.

Thank you to everyone who submitted a nomination, we look forward to running this program again next year.

Over the last 25 years Robyn has worked on a wide range of projects across Western Australia including conservation plans and assessments, municipal inventories, providing heritage advice, guided walks, conference presentations and public lectures.

Robyn joined the National Trust in 1982 and served on the Council from 1993 until her recent retirement – a total of 28 years. During this time she has served as both Vice Chair and Vice President. These are elected positions and demonstrate the high regard in which she has been held over many years by other members of the Council and National Trust membership.

Robyn continues as a valuable member of the Classification Standing Committee and her commitment as a volunteer for the National Trust was recognised with a 25-years plus WA Volunteer Service Award by the Department of Communities in 2020.

Judy took on the role of Volunteer Coordinator at Strawberry Hill at Barmup at a time when the National Trust really needed strong leadership, a steady hand, a great organiser and someone willing to devote more hours than we could sensibly have asked.

The National Trust is extremely fortunate to have such a dedicated, talented and committed Volunteer Coordinator and her drive has been a major contributor to the successful new era we are witnessing at Strawberry Hill.

As increasing numbers of visitors arrive each day to experience the significant heritage stories embedded in the cultural landscape of this place, which played a key role in the establishment of the colony of Western Australia, we thank Judy and her volunteers for their ongoing commitment and stamina.

Images below from left: Dr Robyn Taylor, Judy Williams with her certificate at the National Trust’s West Perth Offices, receiving the award at the AGM with National Trust of Western Australia Chair Bob Kucera APM and at the reception with one of last year’s winners, Diana Frylinck. 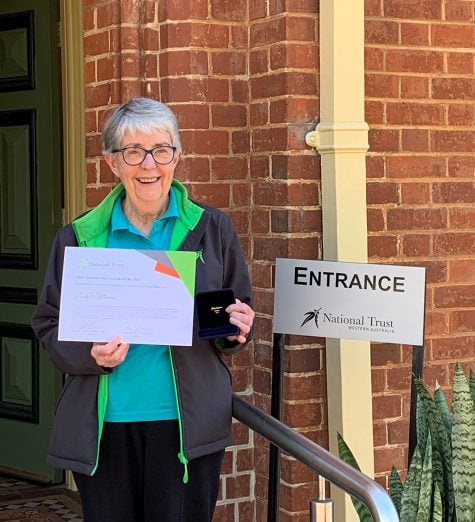 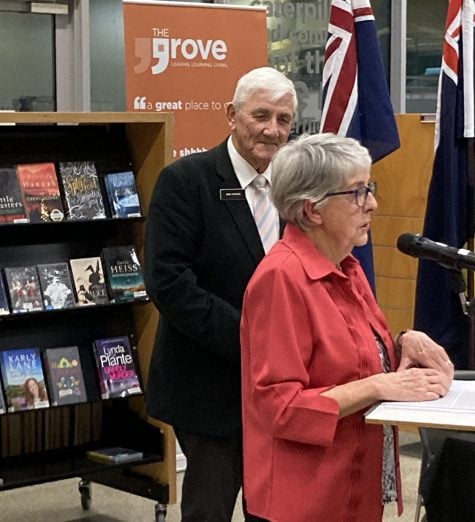 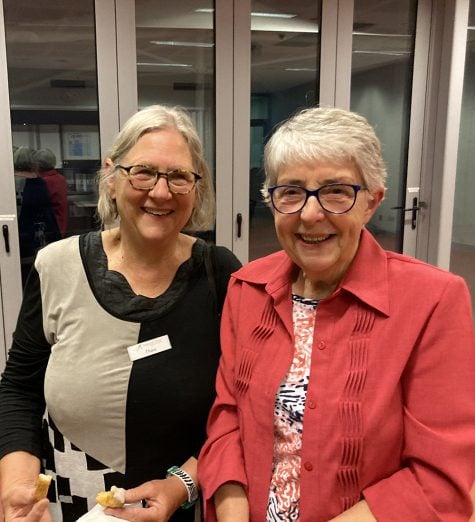