Members of the National Trust’s Classification Standing Committee recently travelled to Jurien and Cervantes as part of its coastal classification project.

The team visited eight sites from Lancelin to Jurien and even took a boat trip out to Escape Island. Two places, Jurien Bay War Memorial and First Jetty, Cervantes (fmr), have now been classified, with others soon to join them.

The rock lobster fishing industry in the mid-west developed during the 1950s around Jurien Bay, Cervantes and Frenchman’s Bay. Boat sheds and shacks began appearing on the beach at Jurien in the early years of the decade and the town of Jurien Bay (later changed to Jurien) was gazetted in 1956.

Within a few years Jurien became more established and a small settlement began to develop at Cervantes. The town is named for the American whaling ship Cervantes which was wrecked off Thirsty Point in 1844.

The first timber jetty at Cervantes was constructed in 1962, with its distinctive dog-leg at the land end constructed sometime after. First Jetty, Cervantes, was recently classified by the National Trust of Western Australia. The National Trust considers that First Jetty, Cervantes (fmr), has cultural heritage significance due to its association with the crayfishing industry and the crayfishermen of Cervantes. It was also the first jetty to service the crayfishing industry at Cervantes and it demonstrates the importance of jetties to the maritime industry in WA.

There were up to four jetties servicing boats at Cervantes by 2004. Now only the newest, main jetty remains and the only evidence of First Jetty, Cervantes (fmr), is the stone rubble abutment on the foreshore.

The jetty is commemorated in public art work in the town.

The Jurien Bay War Memorial, a two metre high sandstone obelisk designed by local architect Peter Rossenrode, was recently included on the National Trust of Western Australia’s list of classified places. The memorial was the result of several years’ planning and fundraising by the War Memorial Committee of the Jurien Bay Progress Association.

The memorial dedication at 11.00 am on 24 March 2001 captured a bevy of civic and military luminaries including the Governor Lt General John Sanderson, Commanders of the Army, Navy and Airforce, the Western Command and Cameron Highlands bands and cohorts of various military units, ex-service units and youth and school groups. The ground on which the memorial is located was consecrated as ‘hallowed ground’ by three priests.

Some time after this dedication service, sands from the various battlefields at Gallipoli (Anzac Cove, Chunuk Bair, Lone Pine and Shrapnel Gully) which had been collected by member of the 28th Infantry Battalion Western Australian Association, were blessed and inserted into the centre of the memorial.

The Jurien Bay War Memorial has high social value through its community-led construction and as the continuing location of ANZAC Day and other commemorative services. The simple, well-proportioned obelisk in its attractive park setting is unusual for the incorporation of the sands of Gallipoli and for its overt Christian references, which Australian war memorials have traditionally avoided.

The National Trust of Western Australia has recently included the Munda Biddi Trail on its list of classified places as the longest mountain-bike trail in the world. The trail, which opened in 2013, demonstrates the changing patterns in leisure and sport in Western Australia and provides riders with the opportunity to take in the magnificence of a global biodiversity hotspot. 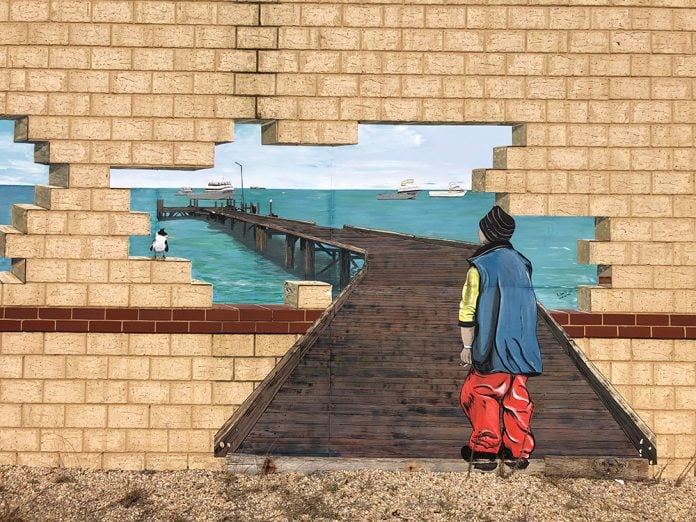 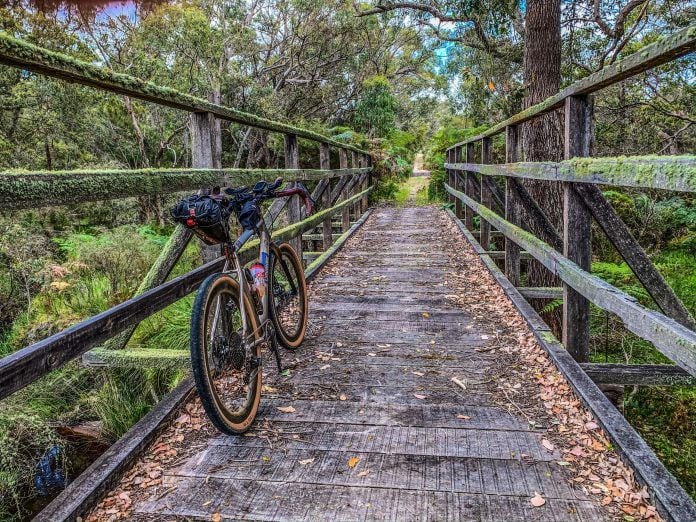 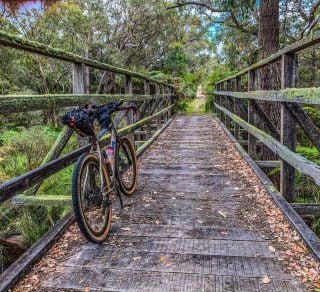