About 40 Members and Volunteers attended our Christmas party held 6 December at Burnett House.

Christmas parties are generally happy occasions but there was also sadness as this was the first Christmas party in recent memory that was not attended by our Territory President, Trevor Horman, but we trust he was with us in spirit.

Committee members Julie Mastin and Trish Greenfield organised the invitations and catering, so thank you both very much.

Ann Davis provided a beautifully decorated traditional Christmas cake as a raffle prize. We all found out just how yummy the Christmas cake was as Ann provided another one for us to consume on the night.   The decorated Christmas cake was won by Trish Greenfield.   Second prize, a litre bottle of rum donated by Tom Sawyer, was initially won by Colin Beard, who generously offered it back as a re-draw so the rum was won by Sonny Kent and Colin received a compensatory prize of a tub of mars bars!

A special presentation was made to Anna Harris from the Larrakeyah Committee. The gift of a hand-printed tablecloth, that was inspired by the flowers in the Burnett House garden, was designed and hand-printed by Larrakeyah branch committee member Lillian Smith. Chris presented Anna the gift in appreciation of her many years of dedicated service to Burnett House.   Anna has been a mainstay of Burnett House across just about every capacity since 2002. Anna is now focussing her efforts on the mere 6,000 plus square metres of Precinct gardens which is quite a mammoth task. We wish Anna well with her gardening endeavours and we look forward to being the beneficiaries of her efforts as we enjoy the beautiful gardens.

Long term volunteers were also presented with a gift thanking them for their service.

Thank you all for your help and support throughout the year and we look forward to working with you in 2020.

Best wishes for the festive season, 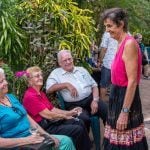 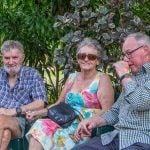 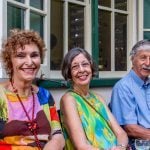 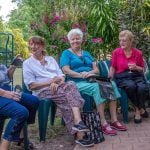 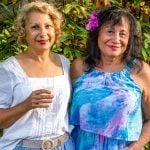 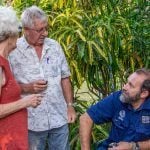 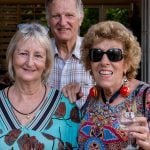 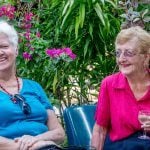 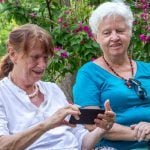 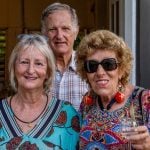 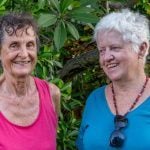 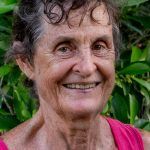 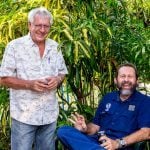 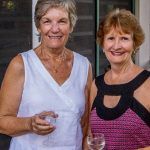 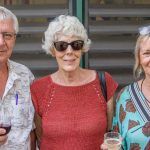