While Cyclone Trevor delivered little rain to the Barkly region, it caused strong winds in some areas.

The Ablution block at Jones Store was in poor condition with rails and post partially eaten out and or rotted at ground level. The strong winds generated by Cyclone Trevor basically demolished the shower room leaving only the back wall standing or folded in on itself.

The weather conditions at Newcastle Waters is extremely hot with daily temperatures 38 degrees maximum with 28 degrees minimum, no rain, with bush flies forming a welcoming cloud only abating with nightfall. Back to the 60s and 70s before the dung beetle made its presence felt. With no substantial rainfall for the past two seasons, the property is destocking in preparation for the coming dry season and imminent drought conditions.

New posts and rails were cut and installed to preserve the building. Unfortunately, the galvanised cladding has reached the end of its life and suitable iron had to be salvaged from other sources.

To repair or replace the broken A-frame rafters and braces it was necessary to remove the galvanised iron ceiling. Not a particularly easy or pleasant task. The iron was rusted through in a number of places and the top side had an accumulation of at least 30 years of grime, dust, and filth which cascaded down every time a sheet was moved. The majority of the iron is badly corroded and beyond use.

The wall of the original store building is topped by a 100mm x 100mm beam with two rafters at intervals across the room to support the ceiling. This is in extremely poor condition due to termite damage with twisting, warping of timbers all contributing to the beams becoming unattached and moving independently. The beams have been reattached using gang nail plates to move attachment points away from the more fragile ends of the beams and spacers. It will be necessary to add a central brace across the room to stabilise and strengthen the cross rafters which are sagging and no longer capable of load bearing.

All woodwork associated with this beam has been cleaned back in preparation prior to painting. 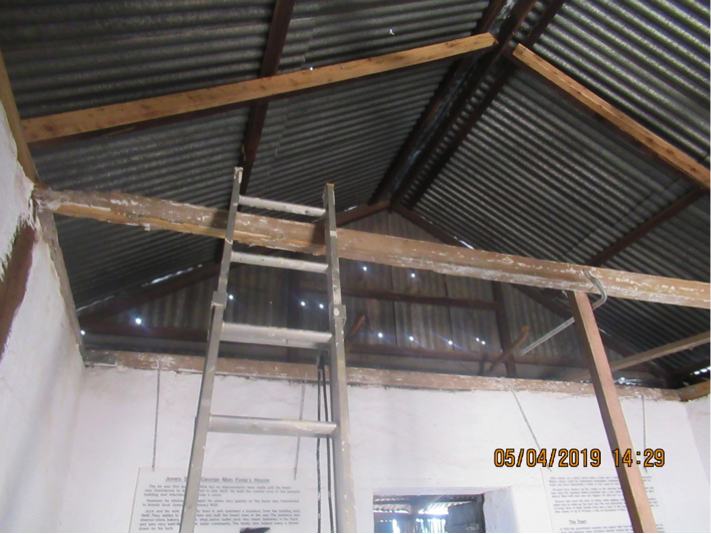 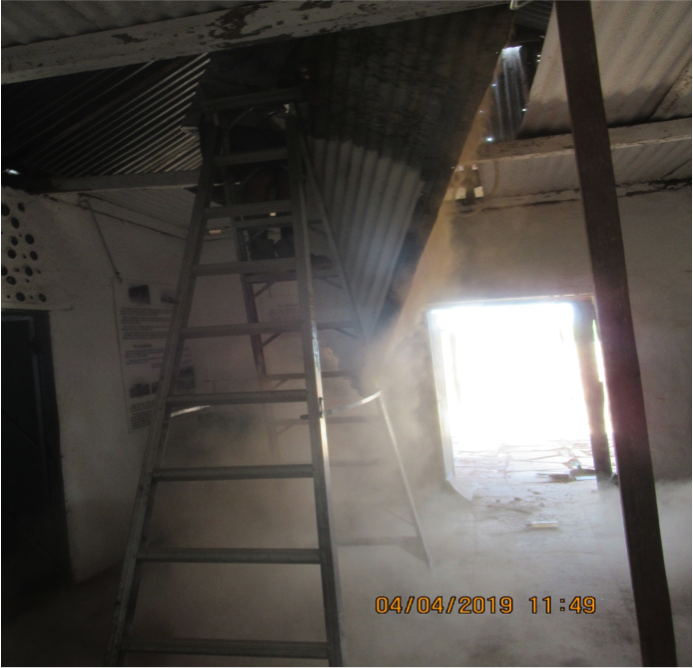