The National Trust of Western Australia is seeking an experienced operator to deliver an outstanding and unique food and beverage offering to complement this remarkable heritage property. A riverside location on the grounds of a unique heritage attraction, this 170 m2 building includes the option to adapt.

Peninsula Farm sits on the banks of the Swan River and is easily accessible by car, bus and boat. Twenty minutes by riverside cycle paths from the CBD, it is popular with cyclists and walkers. A public jetty sits next to the site. Visitors enjoy magnificent river and wetland views in a garden setting. This significant heritage place is an attraction in its own right and has included a food and beverage offering for many years. It boasts a loyal customer base.

The trading name ‘Peninsula Farm Café’ has been registered by the National Trust for the new offering to reinforce the historic use of the place for food production.

END_OF_DOCUMENT_TOKEN_TO_BE_REPLACED

Peninsula Teagarden will be open for inspection by interested parties.

The National Trust is seeking to attract a food and beverage operator with the necessary skills, experience and financial resources for a long‑term commitment to Peninsula Farm.

Our vision is to improve the visitor experience and increase the use of our places by offering diverse experiences including community and private events, functions as well as on site food and beverage offerings.

It is vital that we provide unique signature experiences for our visitors and that the food and beverage offering is integrated into the heritage experience, inviting engagement with the values of the place.

We aim for a sustainable Trust with an increase in revenue to assist with the maintenance of our places. Lessees should understand and subscribe to the heritage values of our places and cross-promote the Trust’s offerings around the State with the aim to increase visitation and visitor satisfaction.

It is also desirable that membership, volunteer and donor recruitment can be achieved via a complementary café and heritage experience. We look forward to discussing ways in which we can work together to achieve these aims.

The Trust is seeking a sustainable long-term proposition that improves the heritage tourism experience at Peninsula Farm.

Expressions of Interest submissions should include:

Timeframe for Expression of Interest:

Riverside location on the grounds of a unique heritage attraction. This 170 m2 building includes the option to adapt. 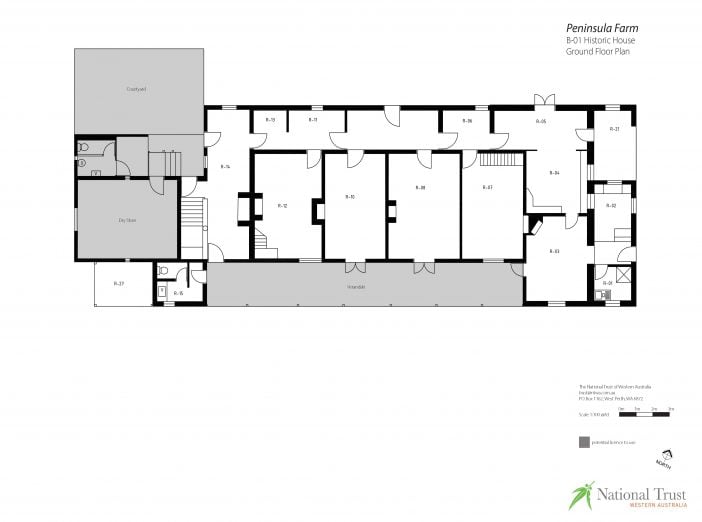 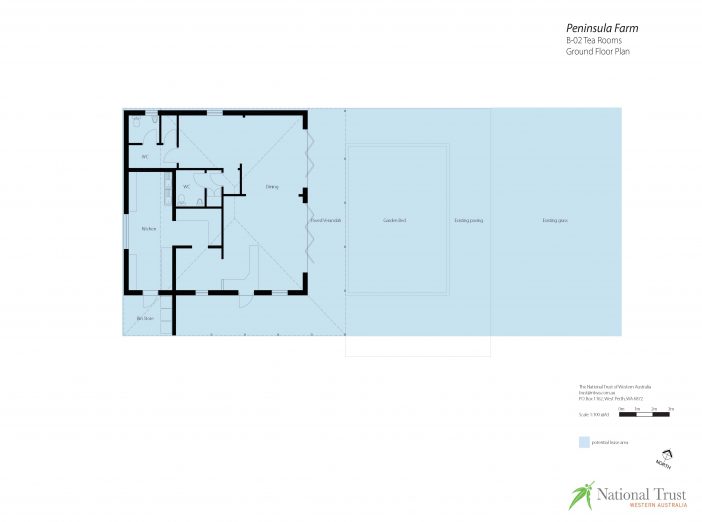 This area is known as Wu‑rut Woorat and has been the land of the Wadjuk people since dreamtime.

According to Noongar tradition, the Derbarl Yerrigan (Swan River) was formed by the mythological serpent, the Waugyl. The river has had continuing importance from past to contemporary Noongar culture. Its environment is home to rare and priority flora.

In 1829 the erroneous belief that the river provided rich arable land led to the establishment of the Swan River Colony, the first free (non‑convict) colonial settlement in Australia.

The Maylands Peninsula became home to Joseph and Ann Hardey who arrived on the ship Tranby in February 1830, a few months after the establishment of the Swan River Colony. They left England with livestock, farm equipment, household goods and furniture, building materials, servants and farm workers. They also brought their strong Wesleyan faith, a conviction for hard work and thrift and practical farming experience.

Lieutenant Governor James Stirling had intended the peninsula be used as a racecourse but he was persuaded to grant the land with its fertile soil to the
Hardeys and some of their fellow passengers. Within four months of their arrival Joseph and Ann moved into a wattle and daub house. Three weeks later their first daughter was born. They lost their first home the following winter due to flood and a second in the same circumstances. In 1839 they built their third, the one that remains today and home of the Hardey family for 74 years.

Joseph and Ann raised six children at Peninsula Farm, five girls and one boy. The small but successful mixed farm supported the family and its servants
with wheat, barley, oats and rye, root vegetables, fruit, olives and almonds and produced beer and wine.

Farming was not the Hardey family’s only interest. They held a deep commitment to their faith. Joseph was the colony’s first Wesleyan lay preacher
and Peninsula Farm became one of seven meeting places for the Wesleyan community. Ann worked alongside her husband in his endeavours and “shared a
life of devotion to others”.

On completion of his education in England, Richard (the only son) returned in the late 1860s to manage Peninsula Farm. He became more interested in politics and viticulture than agriculture and later leased the property for grazing. In 1903 it was subdivided into smaller lots and following further subdivision in 1913 was sold to Henry Baker as a family home and farm. After Baker’s death in 1948 his family sold the property to Harold Cheshire who used it to train racehorses.

By the time the property was sold again in 1967 it was in a dilapidated state and purchased for high density housing by Bond Corporation and Eveready Finance Co Pty Ltd. Conditions imposed on the development ensured protection and restoration of the house but unfortunately the barn, workers cottage and other outbuildings were demolished.

Peninsula Farm opened to the public in 1977 under the name ‘Tranby House’ and was vested in the National Trust the following year. The former caretaker’s
house, constructed in 1984, is now used as a cafe.

The National Trust of Western Australia is working on a range of projects to help conserve and interpret this significant heritage place.

Are there heritage guidelines?

What will the National Trust commit?

The Trust operates with limited capital and maintenance funding. Work is currently underway on the historic house to address conservation issues and a fundraising appeal has been raised to assist with future works. No capital allocation has been made toward redevelopment of the café.

Can I use my own architect?

Services of an appropriately experienced architect are required for any capital development. The National Trust has an in house team of conservation
architects with extensive experience and a proven track record of successful adaptive reuse projects. The team is available on a fee for service basis at
competitive rates.

Can I use my own builder?

Any proposed builder is required to be registered and have a proven history of experience working with heritage places, demonstrating sensitivity for heritage values and fabric.

Are there drawings available?

Measured drawings can be requested from the National Trust in AutoCAD format. We recommend all dimensions are confirmed on site.

Please contact the Trust’s Leasing Officer Micaela Pereira on (08) 9321 6088 or micaela.pereira@ntwa.com.au with any further questions. 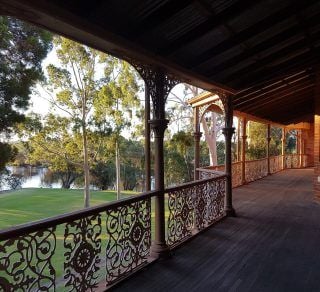 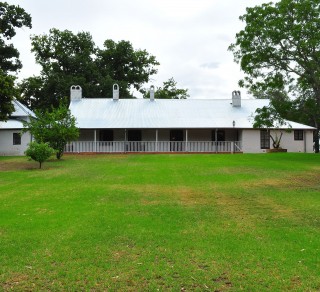 Located on the banks of the Swan River off Johnson Road, Maylands, is one of the first farms in the colony and the
END_OF_DOCUMENT_TOKEN_TO_BE_REPLACED
Menu