The Trust is considering listing the Four in Hand Hotel on the National Trust Register.

“Faced with the sale of the Four in Hand Hotel at Paddington and considerable community concern at potential redevelopment plans and its loss as a much loved hotel and eatery, the Trust is considering listing the hotel on the National Trust Register. This is an important first step towards its statutory heritage listing by Woollahra Council. The Trust will also be investigating the heritage significance of the many other Paddington Hotels. See the draft listing proposal for the Four in Hand Hotel here.

Since its inception in 1878, The hotel has played an important role in the social life of Paddington and the broader Sydney community, namely for political debates and as a social hub to the late 1800s Italian community of Sydney.

The Four in Hand Hotel has been in full operation for a continuous 140 years, hosting generations of patrons. The ‘Four in Hand Hotel’ is an integral part of the historic, social and cultural fabric of the Paddington area.

The Four in Hand Hotel has architectural and streetscape significance on its corner location and with its intact exterior and interiors.

An Edwardian period two-storey hotel on a corner location.  Of brick construction with a parapet and stucco work beneath the parapet.  The hotel features original doors, windows and decorative tiles.  The ground floor exterior is tiled.  A plaque at first floor level displays the name of the hotel.  A recessed verandah with hood overhangs Sutherland Street.

In 1854, Heinrich and his brother Christian arrived in Australia on the ‘Hanover’.  Both Heinrich and Christian immersed themselves in the Woollahra and Paddington community as builders.

Heinrich Gottfried Theodore Dorhauer was born in Kasseedorf, Germany in 1827. On arrival in Sydney he set up a timber yard on Queen Street. He was a foundation member of The Builders and Contractors Association of NSW in October 1873, which became The Master Builders Association of NSW.

Henrich was responsible for building a number of key buildings in the area including the current Four in Hand, The Windsor Hotel, Acklands Hotel, now the Woollahra Hotel, and other venues on Queen Street, most notably the sandstone building on the corner of Moncur and Queen Street.  He was also one of the signatories on the original petition to form the ‘Municipality of Woollahra’. Dorhauer Lane and Dorhauer Place were named in recognition of his family’s contribution to the community.

On 10 January 1876, Dennis Bennett sold to Heinrich Dorhauer, the land on the corner of Sutherland and Elizabeth Streets, Paddington for £24.1.0.  In 1878, the Hotel, now the Four in Hand, was built by Heinrich Dorhauer and known as the Humberstone’s Hotel with the proprietor being Mrs M. Humberstone. In 1884, the proprietor of the Humberstone’s Hotel was recorded as John Healy.   In 1884, Dorhauer sold the Hotel to Susan Bassetti (nee Playfair) for £2,600.   Susan Bassetti and her husband John Baptise Bassetti then changed the name of the hotel to the Solferino Hotel. The Hotel was reportedly named after the ‘Battle of Solferino’ 24 June 1859, which saw the victory of the Franco-Sardinian Alliance led by Napoleon III & Victor Emmanuel II against the Austrian Army under Emperor Franz Joseph.

The Solferino Hotel in Paddington was an important part of the small Italian community during the 1880s. In 1881, there were 521 Italians living throughout the State of New South Wales, with approximately 200 residing in Sydney. The Italian community comprised professionals, entrepreneurs and importers. Italians ran many businesses including J.B Bassetti as the publican running the Solferino Hotel.

In 1885, Susan Bassetti ‘s brother Thomas Playfair became Mayor of Sydney.  In the Lead up to Federation in 1900, the venue became a political hotspot hosting many lively political debates including Mr W. S. Dowel addressing a meeting at the Solferino Hotel with Alderman John Dillon, concluding that Dowel was a ‘fit and proper person to represent the colony of NSW in the forthcoming Federal Convention’-The motion was carried with enthusiasm.

Up until 1902 the hotel was leased to Edward Haines.  In 1904, Tooth and Company took over the lease and renamed it the Four in Hand Hotel.  In September 1934, Tooth and Co. purchased the hotel.  Tooth and Co. was the major brewer of beer in New South Wales. The company owned a large brewery on Broadway in Sydney from 1835 until 1985, known as the Kent Brewery.  It was historically one of Australia’s oldest companies, having been established as a partnership in 1835 and listed on the then Sydney Stock Exchange in July 1961.

During the early 1900s through to most recent times, the hotel’s architecture has stayed predominately the same as can be exemplified by the various external pictures taken over the decades.

In 1982, the National Trust of Australia (NSW) recommended that the Hotel and structure be retained. 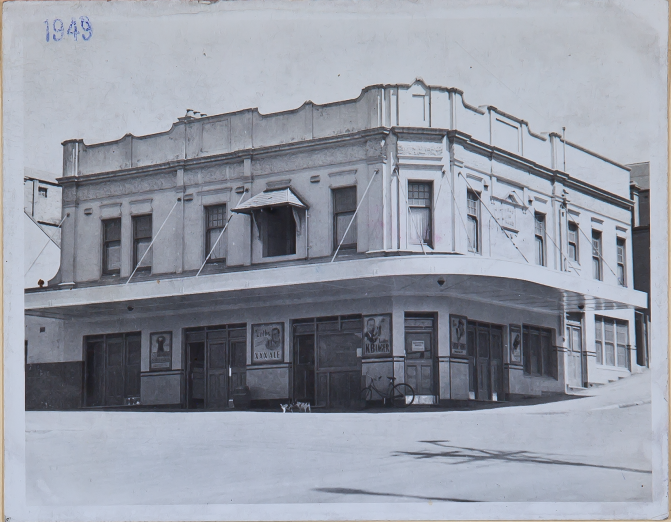 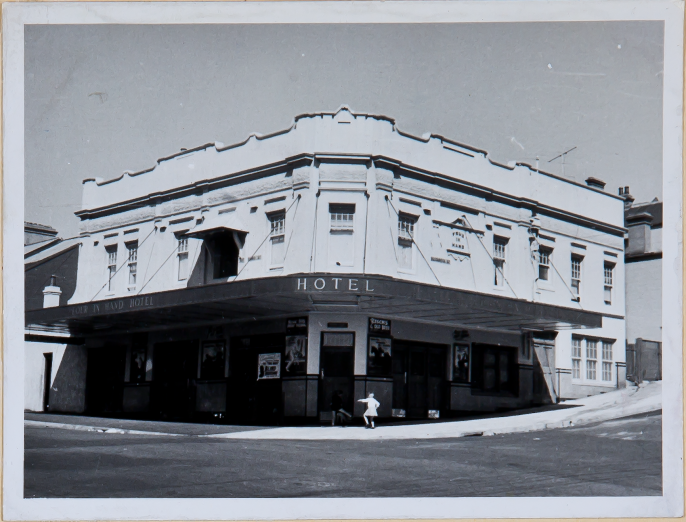 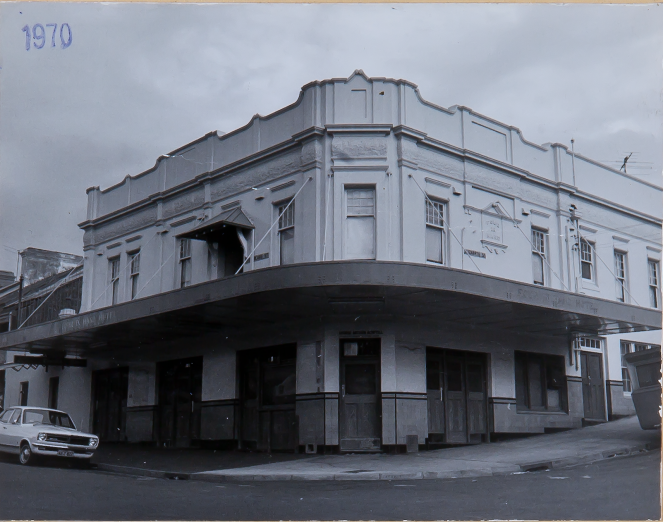 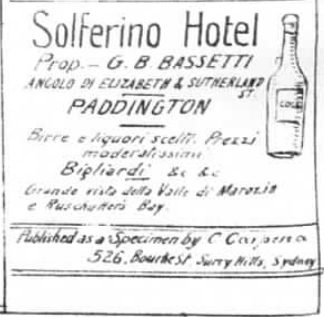 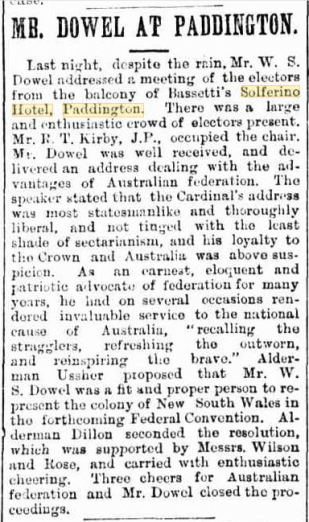