Join us for a special Heritage Conversation at East Perth Cemeteries with author Stella Budrikis, who will talk to us about her research into the dark world of baby farming.

Diving into early twentieth century Perth, Stella’s book, The Edward Street Baby Farm: the Murder Trial That Gripped a City, explores the social conditions that allowed 37 babies to die while under the care of Alice Mitchell.

Alice’s own connections to East Perth Cemeteries may even have some relevance to her actions in later life.

Stella was born in England but has lived in Western Australia for most of her life. She has worked as a general practitioner, pastoral carer, addictions clinic doctor and freelance writer. Stella is married with two grown-up daughters and enjoys researching family and social history.

Stella’s book will be available to buy after the talk.

END_OF_DOCUMENT_TOKEN_TO_BE_REPLACED 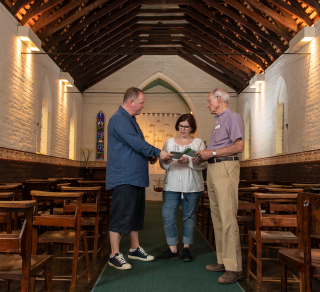 From 1829 to 1899 almost all people who died in Perth were buried here.
END_OF_DOCUMENT_TOKEN_TO_BE_REPLACED
Menu