"When I saw the other kids looking at the picture on their phones I just felt really betrayed" Hannah, sexting victim.

Over 70 per cent of teenagers have received ‘sexts’ or sexual images on their phones of friends, associates or unknown people. Young women are mostly the targeted victims and sexting has a long term and harmful impact. Schools and parents struggle with how to educate young people about the issue and to keep up with changes to the law. Developed by the National Trust of Victoria in partnership with the Gippsland Legal Service Respect Me informs students of the dangers of inappropriate use of social media.

The message is delivered through a realistic mock trial where students adopt the roles of a real court trial, play out the case then engage in discussion of the legal and ethical considerations raised. This is a one hour mock trial held in the Old Magistrates Court. To access the main building of the Old Melbourne Gaol site you will also need to book a Gaol Tour. Group sizes are between 15-30 students for both activities.

END_OF_DOCUMENT_TOKEN_TO_BE_REPLACED

Jacob Doyle (played by actor Josh Weaver) discovers the consequences when he is prosecuted for sexting. Click on the video to hear Jacob's thoughts about what happened and the whole process.

END_OF_DOCUMENT_TOKEN_TO_BE_REPLACED

Hannah Crossin (played by actor Sinead Zafer) does not realise the trouble she heads for after sending Josh a personal, intimate picture of herself. Click on the video for Hannah's thoughts about what happened between her and Jacob.

Witnesses appearing for the Prosecution
All witnesses are asked to go to the witness stand for either the prosecution or defence.

Witnesses appearing for the Defence

Scroll down for information and resources on Sexting and the Law

There is no singular definition of sexting. In its broadest form, sexting can be defined as “the creating, sharing, sending or posting of sexually explicit messages or images via the internet, mobile phones or other electronic devices by people, especially young people”.
Other definitions of sexting include:
» “the electronic communication of non-professional images or videos portraying one or more persons in a state of nudity or otherwise in a sexual manner”; and
» “the digital recording of sexually suggestive or explicit images and distribution by mobile phone messaging or through the internet on social network sites, such as Facebook, Myspace and YouTube”

In 2013 the Victorian Parliament commissioned an Inquiry into Sexting which is available online at the State Government website.
The Report defines sexting as “the creating, sharing, sending or posting of sexually explicit messaged or images via the internet, mobile phones or other electronic devices by people, especially young people”.

The consequences for minors who participate in sexting are potentially disastrous. Engaging in sexting can give rise to prosecution under child pornography laws. One of the most serious sanctions for child pornography is registration as a sex offender.
The Victorian Government has recognised the potential danger of prosecuting children for sexting under child pornography laws and is considering options to reform the current legislation.
The challenge for legislators is to find an appropriate balance between protection for minors from dangerous sexual behaviour and permitting consensual sexual conduct between adults.

In addition, the Criminal Code (Cth) criminalises the preparatory offences of possession and production of child pornography, with the intent to distribute it via a carriage service.

It should also be noted that, pursuant to the Commonwealth’s jurisdiction over external affairs, “possessing, controlling, producing, distributing or obtaining child pornography or child abuse material outside Australia are also prohibited by the Criminal Code (Cth)”.

(c) Prosecution of minors under the criminal code
Under s 273.2A and s 474.24C of the Criminal Code (Cth) the Attorney-General must give their consent for a child under 18 to be prosecuted under child pornography laws.
We have looked at the explanatory memorandum for factors that the Attorney-General may consider in determining whether or not a child under 18 should be prosecuted under child pornography laws, however no further information was available on what factors will be considered.

(d) Defences to child pornography
Under s 474.24(1) of the Criminal Code (Cth) a person is not criminally responsible for an offence against section 474.22 (using a carriage service for child abuse material) or 474.23 (possessing etc. child abuse material for use through a carriage service) because of engaging in particular conduct if the conduct:

(i) is of public benefit; and

(i) assisting the Australian Communications and Media Authority to detect:

(A) prohibited content (within the meaning of Schedule 7 to the Broadcasting Services Act 1992); or

(B) potential prohibited content (within the meaning of that Schedule);
in the performance of the Authority’s functions under Schedule 5 or Schedule 7 to that Act; or

(ii) manufacturing or developing, or updating, content filtering technology (including software) in accordance with:

(A) (i) a recognised alternative access-prevention arrangement (within the meaning of clause 40 of Schedule 5 to the Broadcasting Services Act 1992); or

(B) (ii) a designated alternative access-prevention arrangement (within the meaning of clause 60 of that Schedule).

Each Australian state and territory has separate criminal legislation. Consequently, the definition, interpretation and penalties of sexting differ across jurisdictions.
Some states have adopted the same definition of child pornography as used in the Criminal Code (Cth).

Within Victoria, s 67A of the Crimes Act 1958 (Vic) defines child pornography as “a film, photograph, publication or computer game that describes or depicts a person who is, or appears to be, a minor engaging in sexual activity or depicted in an indecent sexual manner or context”.

Notably, in situations where a person is sent an indecent image of a child, the person who received the image could be liable for possession of child pornography, even if they did not ask for or consent to receiving the image, and even if they are themselves a child.

(a) Definition of a child
Australian states and territories differ in their definition of a child. New South Wales, Western Australia and Queensland consider child pornography to involve material relating to a child who is (or appears to be) under 16. South Australia defines the age level at 17 and Victoria, Tasmania, Northern Territory and ACT set the level at 18 years of age.
Surprisingly, these varying definitions are not in keeping with the age of consent for sexual intercourse across the states which are generally set at 16 years old.

Changes to the Current Legal Framework
In May 2013, the Victorian Parliament Law Report Committee tabled the final report for its Inquiry into Sexting (the Report). The report acknowledged the prevalence of sexting both nationally and internationally and noted the potentially serious consequences for young people (both those sending the photographs and receiving them).

(a) The Victorian Government periodically commission research to examine qualitative and quantitative aspects of sexting practices by children and adults in Victoria;

(b) ensure all schools adopt holistic, integrated programs for internet and communications technologies awareness and safety into the school curriculum;

(d) that educational and media campaigns directed towards sexting focus on the appropriateness of the behaviour of people who distribute intimate images without consent, rather than on the person who initially created the image or media;

(e) that the Victorian Government introduce legislation to amend each of the child pornography offences in the Crimes Act 1958 (Vic) and the Classification (Publications, Films and Computer Games) (Enforcement) Act 1995 (Vic) to provide defences to the effect of the following:

(A) the film or photograph depicts the accused person engaged in lawful sexual activity; or

(B) the film or photograph depicts the accused person and another person or persons with whom the accused could engage in lawful sexual activity; or

(f) Once Victorian Parliament introduces the defences listed in Recommendation (e) above, to give effect to the amended legislation, the Victorian government will advocate to the Standing Council on Law and Justice to the Commonwealth, States and Territories to amend their criminal legislation to provide defences to child pornography offences, consistent with the new Victorian defence;

(g) that the Victorian Government introduce a specific offence for sexting to the Summary Offences Act 1966 (Vic); and

(h) that the Victorian government introduce a mechanism for reviewing the registration of any person under the Sex Offenders Register, where that person would have had a defence under the legislation proposed to be introduced under Recommendation (e) above.

» The maturity of minors is an issue specific to sexting involving minors. It has been reported that young people are more likely to give into peer pressure from others to create or send sexually explicit material.
» The reputational consequences of sexting to minors are also a concern. The instantaneous dissemination of images via the internet can make it extremely difficult to recover and destroy the content once it is digitally shared. This can have devastating reputational and professional consequences at such a young age.

It is difficult to determine exactly how prevalent sexting is in Australia.
A number of studies have attempted to clarify the percentage of Australian young people engaged in sexting. Results are varied and mostly indicate between 7 and 20 per cent of Australian teenagers engage in sexting.

Australian Statistics
Recent Australian studies have concluded:
» In 2010, a poll by Girlfriend Magazine found that 40 percent of a 588 girl sample had been asked to send nude pictures of themselves to others.

» In 2008, The Age reported that in the previous year, 32 teenagers had been charged with child pornography offences as a result of sexing in Victoria

»BoysTown, the operator of the national youth counselling and telephone advice service, Kids Helpline undertook research with 548 Australians who had experienced cyberbullying under the age of 25. Approximately 35% of participants said the cyberbullying they experienced involved sexting.

Below the Belt App. A new version is being developed by Victoria Legal Aid
Cybersmart website 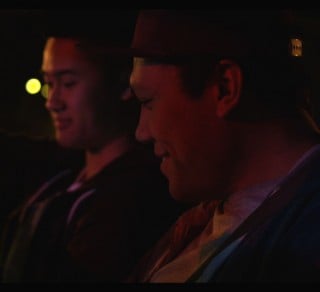 The new updated Culpable Driving Court Room Drama looks at the case of a young man, Kim Tran who was charged with
END_OF_DOCUMENT_TOKEN_TO_BE_REPLACED 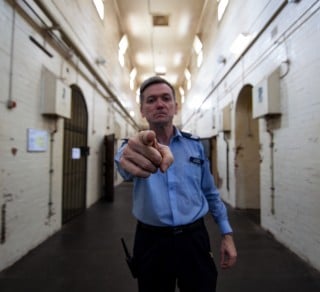 Experience incarceration for yourself