These tiny treasures have the power to provide a prompt for our own memories, feelings and emotions as they did for their original owners.

These small artefacts are a selection drawn from the National Trust’s collections, each a fragment of a larger story.

They were once the treasured possessions of real people who had lives full of joy, happiness, bravery, love, sadness and loss – just like us.

Gold locket containing a photograph and the hair of Georgiana Molloy

Georgiana left England for the Swan River Colony in 1829. Together with local Aboriginal women she spent much of her leisure time collecting and documenting botanical specimens from the south-west.

She died in childbirth in 1843 at the age of 37, leaving behind her husband John and five children. Georgiana was buried at her home “Fairlawn” with two of her other children who had died earlier. They were all later re-interred at the Church of St Mary’s in Busselton.

As the image shows her as a mature woman this locket would most likely have been mourning jewellery rather than a sentimental keepsake. 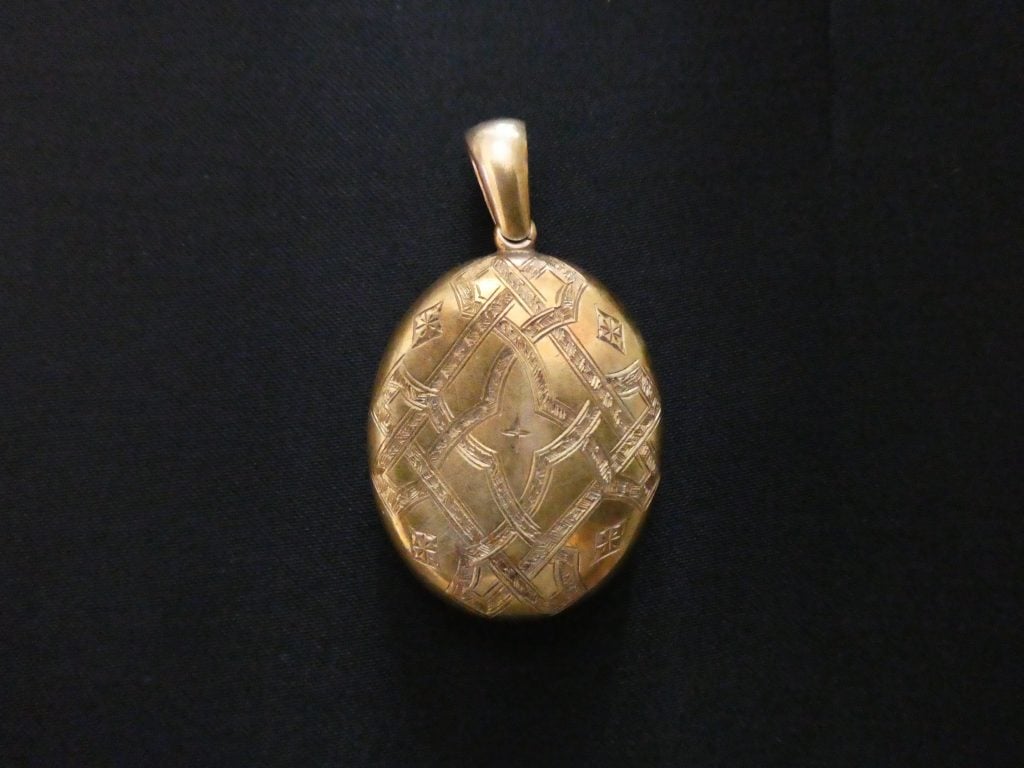 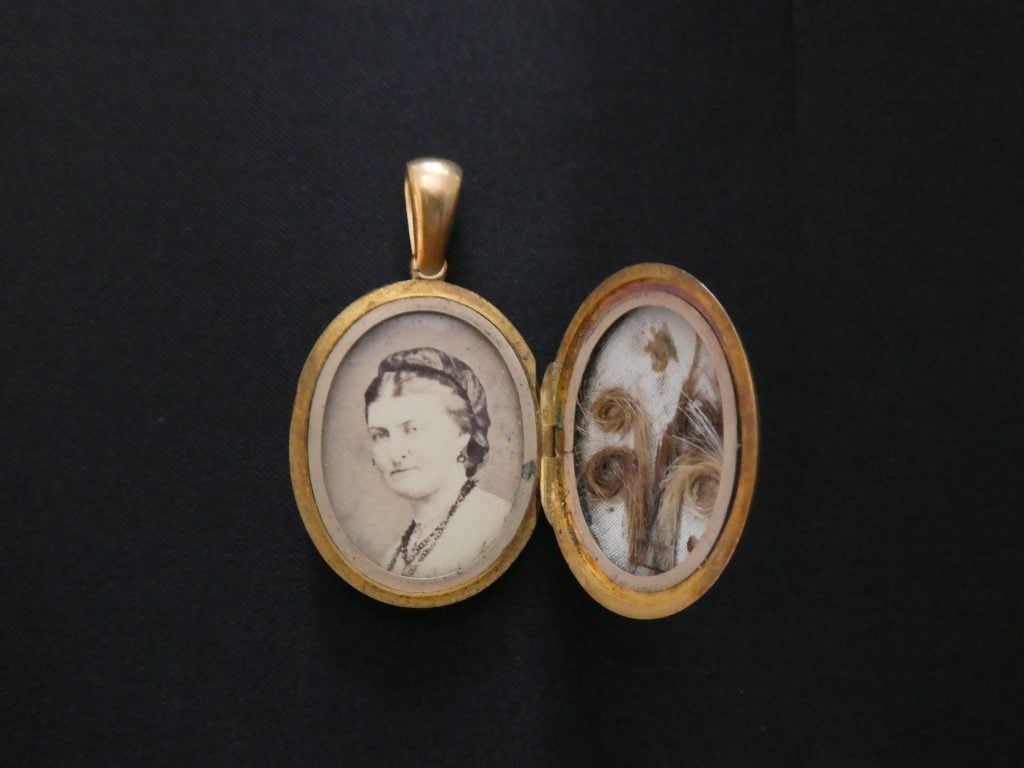 Half franc coin (1832) wrapped with a handwritten note

The note reads: “This Demi Frank piece was accidentally Swallowed by Theodore Fawcett on the 21st June 1844 – and stuck for 5 mins in his gullet, but ultimately passed through his body after Forty Four hours had elapsed, without any further inconvenience.”

An 1832 portrait of Theodore with his mother and a great deal of the family’s furniture from Pinjarra Park is displayed at Woodbridge. 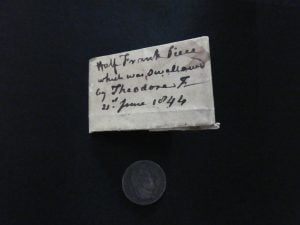 Mother (Mrs Bird) wore a white book muslin dress with this belt w. lots of the bows the day she met Daddy 1870.

Augusta Maude Earnshaw met English migrant Francis Bird within 4 months of his arrival. They married early in 1872 and moved to Strawberry Hill in 1889. 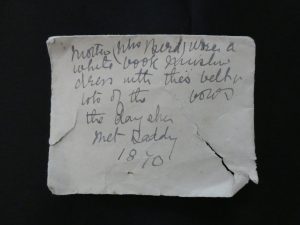 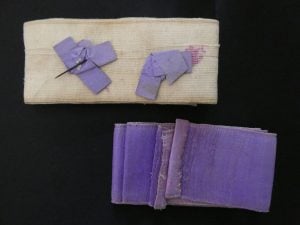