The Festival launch was held on Saturday 6 April.  The Town Crier started off proceedings and the festival was officially launched by The Hon. Lauren Moss, Minister for Tourism, Sport & Culture at the Old Timers Museum. The Rotary Club of Stuart put on a delicious BBQ Breakfast.  Later that day a talk was held at the Hartley Street School Museum by Tanya Heaslip on her life growing up on a cattle station north of Alice Springs in the 1960s/1970s.

On the Sunday morning, a worship service was conducted in several languages at the Old Lutheran Church followed by a German-style morning tea which proved very popular.  In the afternoon the Doreen Braitling Memorial Lecture was presented by Dr Judith McKay who gave a talk on two buildings associated with Flynn in Alice Springs, Adelaide House and the John Flynn Memorial Church.  This was concluded with drinks and nibbles in Adelaide House.

Monday morning started with a 90-minute walk by Megg Kelham titled ‘The middle of nowhere is the centre of everything’ which started at Anzac Hill and ended at Flynn Church.  This was a very informative and entertaining walk.  In the afternoon Jose Petrick gave a wonderful talk on the Robert Czako Mural at St Mary’s Chapel.  And the day finished with past student talks at the Hartley Street School Museum by former students from the period 1940s-1950s.

Kerrie Espie nee Hocking gave a talk on the Tuesday evening at Hartley Street School Museum with stories of her time as a student from the period the 1940s to 1960s.  This was then followed by the launch of the Heritage Trail Brochure by Wayne Kraft to a very well attended crowd of moviegoers at the screening of ‘A Town like Alice’.  Ted Egan introduced the movie with his song ‘A Town like Alice’ and everyone enjoyed an authentic outback experience.

The Wednesday morning started with a re-enactment of life at the Alice Springs Telegraph Station during the Bradshaw era (1899-1908) by students from Ross Park Primary School who dressed up in period costumes and participated in activities including cooking in the old kitchen, taking old fashioned school classes, using morse code and playing games.  Later that morning Alex Nelson gave an interesting and amusing tour along the Todd River taking in the sights of the ANZAC Oval and Hill and then proceeding to the Totem Theatre before returning to the Over 50s Club.  The Town Crier greeted a number of guests at the next event – Joel Fleming’s oral autobiography, ‘Growing up at Yuendumu’ followed by a great BBQ.  Finally to finish off the day a Trivia Night was held at the Jump Inn Bar and Restaurant which tested everyone’s knowledge of all things relating to ‘Connecting People, Places and the Past’.  This event was very well attended and everyone enjoyed the tapas and drinks.

On the Thursday lunchtime, Ted Egan gave a presentation with words, songs and photos on ‘Old Characters of Alice Springs’ with lots of interesting and amusing anecdotes.  This event proved very popular.  In the evening there was a Twilight History Walk: Todd Street before the Alice Plaza, conducted by Stuart Traynor and Alex Nelson.  Alice Springs Public Library was the venue for a talk by Eleanor Hogan titled ‘Ernestine Hill’. Eleanor delivered a detailed talk about Ernestine who had travelled extensively in the outback.

The Friday morning started early with a History Mystery Breakfast on ABC Radio with Stewart Brash and Stuart Traynor giving glimpses into local history.  This was broadcast from a mystery outside venue and the audience was given clues about where to find them, the reward being a bacon and egg breakfast!  Later that morning Megg Kelham gave an interesting, entertaining, stimulating and at times challenging talk on ‘Mrs Robert Stott’s History of Punishment in Central Australia’ which made everyone think about the past and its relevance to the present.  In the evening the Alice Springs Theatre Group gave a great example of the wealth of talent in the town at the Totem Theatre, delving into some of the characters that had shaped the long history of Alice Springs.

On the final day of the Festival, Alex Nelson gave another interesting walk and talk along The Heritage Trail starting at The Residency.  This was followed by a Signature Quilt Display Launch at the National Pioneer Women’s Hall of Fame.  In the early evening, a well attended Cemetery Tour was conducted by Mary Blaiklock, Melody Harris and Darren Scott at the Memorial Avenue Cemetery.  The Closing Ceremony was held at the Aviation Museum to mark the end of the 2019 Alice Springs Heritage Festival. 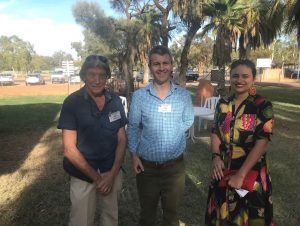 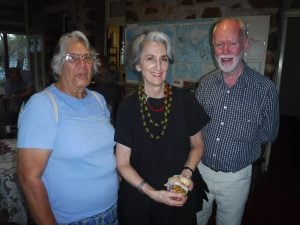 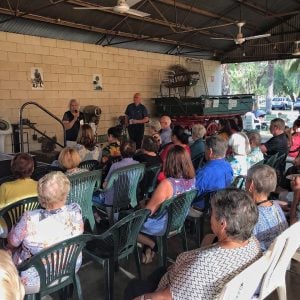 Welcome to Country by Pat Miller AO, Deputy to the Administrator of the Northern Territory at the Festival Launch 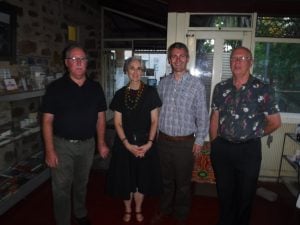 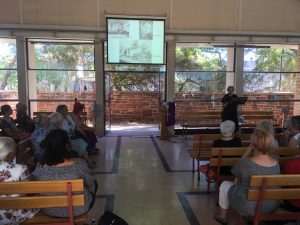 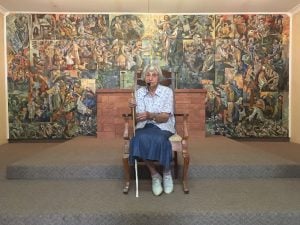 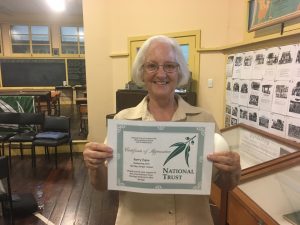 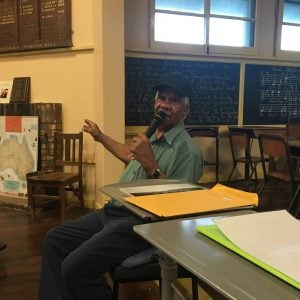 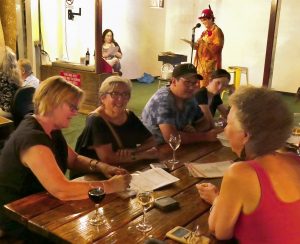 Guests at the Trivia Night held at the Jump Inn 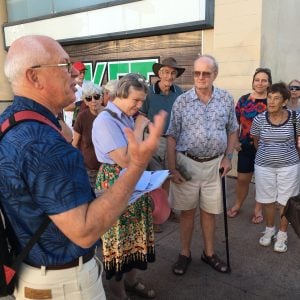 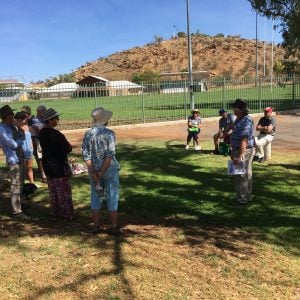 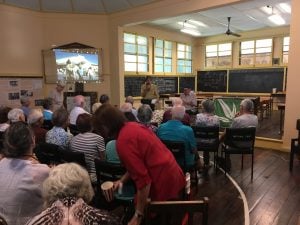 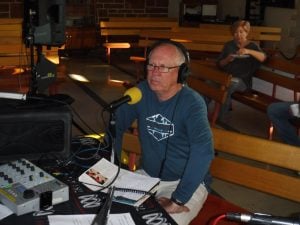 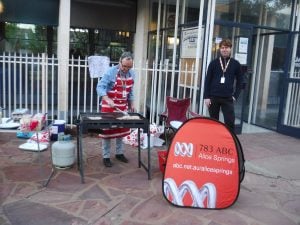 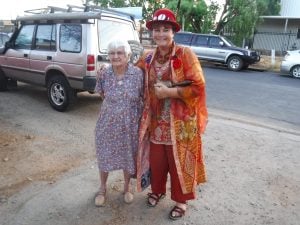 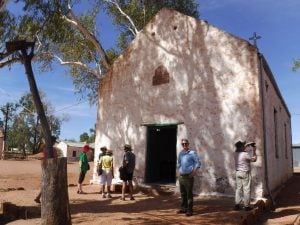 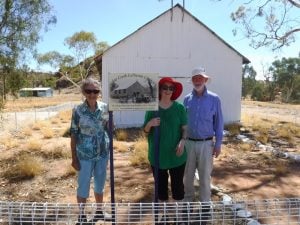