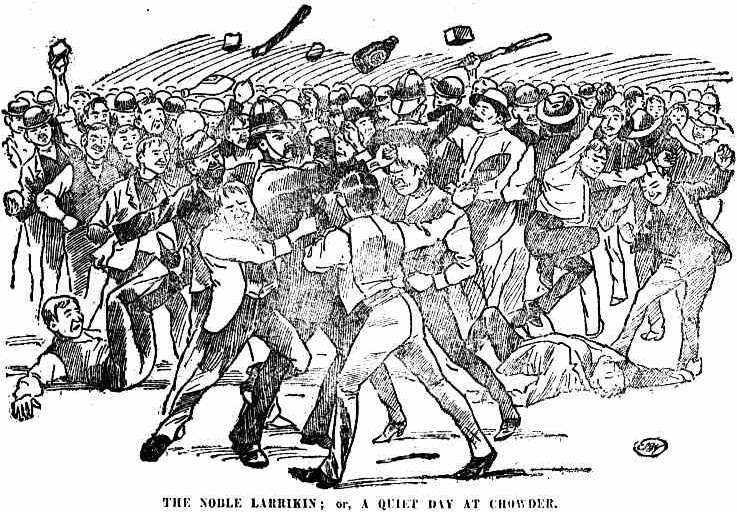 Enjoy a glass of beer and a meal whiling listen to some incredible stories about the gangs, pushes and larrikins who brought fear and chaos to the streets of old Sydney between 1850 and 1950. The talk takes place in the Royal albert Hotel, the club house of the most dangerous gang of the 1890s.

Once upon a time, every block in old Sydney had its violent street gang. In those days, they were called a ‘push’ and were made up of men called ‘larrikins’ and women called ‘donnas.’ The Rocks Push in the 1870s were the most famous and, of course, the Razor Gangs of Darlinghurst in the 1920s. But few now remember the Gipps Street Push, a Surry Hills gang with such a horrible reputation across Sydney that the city council had to rename the street. Guess where they drank? At the Royal Albert Hotel. Learn all about The Gangs of Old Sydney in this pub table talk.

Listen to remarkable and sometimes frightening stories about Sydney’s dark, mysterious and eccentric past. These are not lectures but a series of ‘bar room’ talks where you will hear masterfully told stories over a drink and a hearty meal. The last 30 mins of the evening is an open forum to discuss the topics.

A history you were not taught at school.

National Trust members get a 25% discount with promo code NTMEMBER .

A pub on the corner of Commonwealth Street and Reservoir Street, Surry Hills.